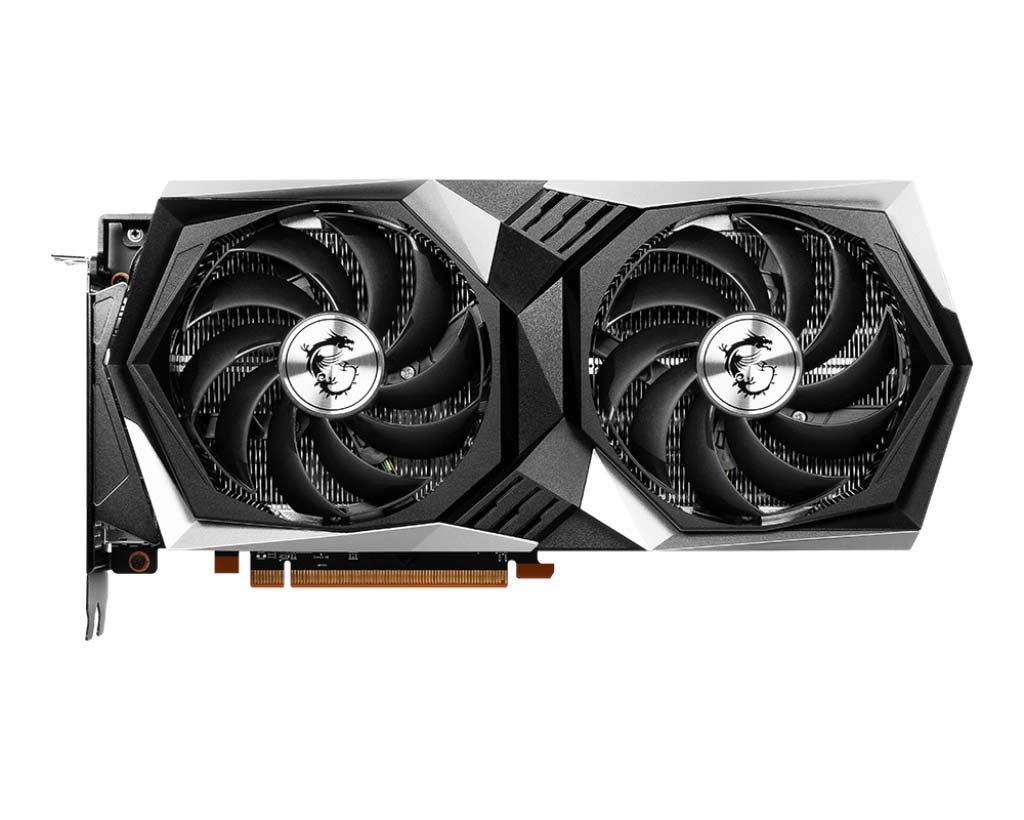 Spawne32 posted this deal. Say thanks!
Add Comment
Reply
Created 05-04-2022 at 10:25 PM by Spawne32
in Video Cards (9)
If you purchase something through a post on our site, Slickdeals may get a small share of the sale.
Deal
Score +22
10,805 Views
$384.99
See Deal
About the OP
Send Message
Pro
Joined May 2007 L4: Apprentice
303 Reputation Points
55 Deals Posted
294 Votes Submitted
480 Comments Posted
Don't have Amazon Prime? Students can get a free 6-Month Amazon Prime trial with free 2-day shipping, unlimited video streaming & more. If you're not a student, there's also a free 1-Month Amazon Prime trial available.

6
Reply
This comment has been rated as unhelpful by Slickdeals users
Joined May 2007
L4: Apprentice
480 Posts
303 Reputation
Original Poster
Pro

05-05-2022 at 07:49 AM #4
Makes no sense to buy the 6650 unless its being released at the same price. The time spy scores are actually still slower than most of the factory OCed 6600 cards. I was able to get 10290 in TS with nothing but a very very mild overclock. Maybe the higher tier cards make sense as the gap widens however but that depends on the price at release.

2
Reply
This comment has been rated as unhelpful by Slickdeals users
Joined May 2007
L4: Apprentice
480 Posts
303 Reputation
Original Poster
Pro

This comment has been rated as unhelpful by Slickdeals users
Joined Jul 2003
L3: Novice
137 Posts
24 Reputation
05-05-2022 at 01:48 PM #9
Why are you so defensive on a deal you posted? These are overpriced graphics card. Thank you for sharing. It is very much appreciated. I am just cautioning these overblown stated price and discounts to make it look like a deal. If you look at many slickdeals posted on graphics card in the past 2 weeks, there has been many. So the caution here is just be patient. I don't think folks are snatching up these cards as we continue to see new deals popup every week here.

1
Reply
This comment has been rated as unhelpful by Slickdeals users
Joined May 2019
L2: Beginner
62 Posts
10 Reputation
05-05-2022 at 02:30 PM #10
If you've already waited this long to upgrade... then what is a couple more weeks at this point since prices are continuing to come down daily as the market balloon is closing... No need to give them anymore money than they have collected already from the market boom

0
Reply
This comment has been rated as unhelpful by Slickdeals users
Joined May 2007
L4: Apprentice
480 Posts
303 Reputation
Original Poster
Pro

05-05-2022 at 02:53 PM #12
I'm not defensive about it, I don't understand your argument. You are claiming that these prices are high when they are the lowest prices ever seen since release of the product, let alone the past 5+ years. Deals are being posted for 6600 XT's that are close to $500 USD and this is a fraction of the price, and within 10% of the MSRP for this card.

I don't deal in "what if" when it comes to slickdeals, I deal in the present. For someone currently looking to purchase a 6600XT today, May 5th, this is a good deal. I hear this in every one of these GPU deal threads about what may or may not happen next week, the week after, two months from now, having already lived through that nonsense speculation for years. lol If the prices come down another 20 bucks in 2 weeks, guess what, in two weeks that will be a slickdeal, and if the price comes down another 20 in two months, that will also be a slickdeal. If someone wants to wait till December to be able to finish their system with a GPU because of the off chance this might be 100 dollars cheaper than it is today, they can do that as well.

2
Reply
This comment has been rated as unhelpful by Slickdeals users
Joined May 2007
L4: Apprentice
480 Posts
303 Reputation
Original Poster
Pro

2
Reply
This comment has been rated as unhelpful by Slickdeals users
Joined Jul 2006
L9: Master
4,320 Posts
914 Reputation
05-05-2022 at 05:37 PM #14
RE ZappBrannigan's post - he wasn't saying that you ask for a price match from Amazon. He's saying that there ALREADY IS a price match. You can snag it from Amazon for the exact same price (just look at other sellers and find Amazon). Shows $404 for me. If you have the Prime card - it's another $20 off. Plus it is eligible for the $20 MSI rebate. In total - it ends up being $40 cheaper than the Gamestop deal.

That aside, I'm not sure what is hard to understand about those that are urging caution. Prices are coming down. It's a fact. They will continue to come down as new cards are released AND more inventory becomes available. Doesn't make this a bad deal. But you also shouldn't get too worked up about those sharing market trend info. Simply put, if you don't need a card today you shouldn't feel pressure to grab this one. The odds that this (or a similar card) maybe $20+ cheaper in the next few weeks is darn near 100%. For some, waiting makes total sense. For others, the few extra bucks in savings isn't worth delaying. And if someone hasn't been following trends on video cards, having community members point this out is a good thing.

No disrespect for your deal - this is a community of information sharing. Laying out all the options is what makes this place great. Thanks for finding the deal!

0
Reply
This comment has been rated as unhelpful by Slickdeals users
Joined May 2007
L4: Apprentice
480 Posts
303 Reputation
Original Poster
Pro

05-05-2022 at 05:54 PM #15
But again, with all due respect, its not $40 dollars cheaper than GameStop. It's only $40 dollars cheaper if you have or qualify for an amazon prime credit card. (which the vast majority of people may not want a high interest amazon card IMO) The MSI rebate is valid even with the GameStop purchase, which I was unaware of its existence. So that makes this 404.99 deal actually 384.99 if you want to go through the hassle of the mail in rebate process. And for the sake of the deal I am happy to update the thread to include both retailers, not just the one for gamestop.

Far as cautioning people to wait, I have no issues with that opinion that people have, I had it for quite a while when prices were massively inflated. The problem I have is people sabotaging deal threads because they think in their minds that no one should buy the product because they think it should be cheaper. But the disclaimer that people who hold that opinion should be that they can't predict the market at all and where prices will be a week, a month, or a year from now. Like I have said, we have gone through this before where people speculated massive drops in prices and it never happened. And while it seems something is about to give with the GPU market this time around, no one is able to predict where the actual bottom is on these prices.