Slickdeals Forums Deal Talk Sterling by Music Man StingRay Electric Bass Sale from $250 + Free Shipping
Advanced Search
Sorry, this deal has expired. Get notified of deals like this in the future. Add Deal Alert for this Item
Frontpage Deal

Thanks to community member lensbutter for finding this deal. 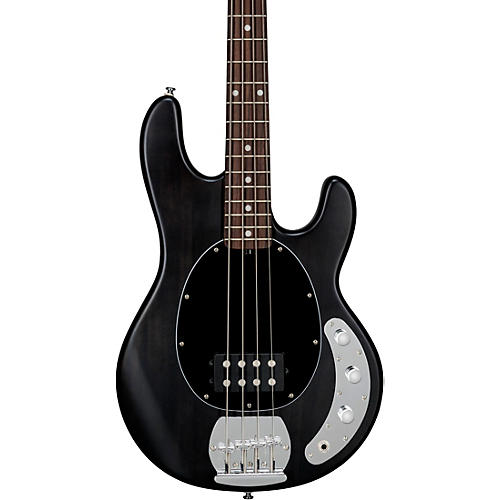 lensbutter posted this deal. Say thanks!

Written by Edited June 30, 2022 at 07:07 AM by
Looks like Musician's Friend is having a sale on a number of Music Man Electric Bass Guitars:

Add Comment
Reply
in Guitars (8) Get Musician's Friend Coupons
If you purchase something through a post on our site, Slickdeals may get a small share of the sale.

This comment has been rated as unhelpful by Slickdeals users
Joined Jul 2010
YӨЦЯ FishyΣƧƬ ПIGΉƬMΛЯΣ
1,727 Posts
662 Reputation
05-27-2022 at 11:17 AM #16
I've been playing bass for about 22 years. There's possibly something to what you are saying, but I'll posit some different hypotheses too.

My hypothesis on all the cheap basses is that there are a lot more crappy basses on the market. A lot of guitar players want a bass just for fun or recording. Many of them buy bottom of the barrel crap like the Ibanez Gio or SX basses. The market is flooded with these garbage basses.

Another mechanism is that there are a lot more wannabe guitar players than bass players. Choosing bass is a bit of an odd ball move. Everyone plays guitar, and some guitar players can do some pretty cool stuff on bass, but real deal holding-the-groove bass players are rare. A good bass player will never have an issue finding a band. Guitar players are dime a dozen and they are all competing for guitars on the market.

The tradition of bass playing just hasn't been around as long. Electric guitars were released in the 1930s. Technically the first electric bass dates back to the 1930s too, but bass had no widespread acceptance until the 1950's. Even then, there were far fewer basses made than guitars. So while you'll see $50,000 vintage guitars pretty often, it's much more rare to find these old basses.

Finally, many people just don't like the bass. The bass player gets to have sex with girls and he doesn't even know his chords. He drinks all the beer and causes an outbreak of chlamydia. The guitar players try desperately to teach him, but the bass player just says he's gonna smack it to the feel.

Great basses though and probably the best one to start out with.

0
Reply
This comment has been rated as unhelpful by Slickdeals users
Joined May 2015
L3: Novice
127 Posts
77 Reputation
Original Poster
Pro