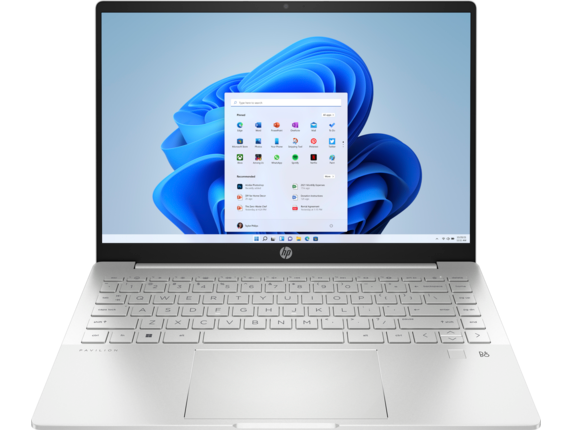 Suryasis posted this deal. Say thanks!
Add Comment
Reply
in Laptops (17) Get HP Coupons
If you purchase something through a post on our site, Slickdeals may get a small share of the sale.
Deal
Score +6
6,627 Views
$807.49
See Deal
About the OP
Send Message
Expert Pro
Joined Jul 2015 L10: Grand Master
14,372 Reputation Points
3,908 Deals Posted
8,339 Votes Submitted
16,838 Comments Posted

I expect the battery life to be mediocre at best unless they throttle the crap out of that H processor. I'm curious why they didn't use a P series CPU instead.

0
Reply
Last edited by youra6 June 27, 2022 at 12:01 PM.
This comment has been rated as unhelpful by Slickdeals users
Joined May 2017
New User
7 Posts
10 Reputation
Our community has rated this post as helpful. If you agree, why not thank ?
06-27-2022 at 12:23 PM #4
after getting an i5-1235U system, I'm not sold on alder lake mobile at least on non gaming systems. The battery life is insanely bad compared to AMD. a 5600U at 15W has slightly slower Cinebench results compared to the i5 1235U, but the i5 is using almost double the power. It started off using 50W on the CPU and towards the end of a 10 min cinebench run, it's TDP leveled off to around 28W. This means that while using the intel system, the battery drains so much faster. My HP Aero 13 has such insane battery life compared to the Acer Aspire 5 I got even though they have similar size battery capacity. I can use my HP Aero 13 pretty much all day, while the acer would be dead within 3 hours of use. if the U series has such high power usage, I can't imagine what a P series or H series CPU would be doing. I wonder if they tuned the TDP at all, and if they did, how does that effect performance? It certainly is a lot of potential CPU performance, depending on what they set the TDP to, but throwing a high res OLED screen just seems like compounding problems for a system with only a 51WHr battery. OLED laptops already have battery problems since the display uses even more power than an LCD. throw Alder Lake sucking down power on-top of that and I would be shocked if this lasts more than 2 or 3 hours unless they throttle the hell out of that CPU.

0
Reply
This comment has been rated as unhelpful by Slickdeals users
Joined Jul 2015
L10: Grand Master
16,838 Posts
14,372 Reputation
Original Poster
Pro
Expert
06-27-2022 at 12:44 PM #5
You're not going to get good battery with any Alder Lake processors, H, P or U series. P series processors, even with paired with huge 70 Whr battery, without any dedicated GPU, like in Yoga 9i, provide very moderate battery life and 5000 series with far smaller battery can match them or even beat them is certain cases. 6000 is even more efficient. The problem is you won't get that many AMD options and even if you get, their availability are very limited.
By the way, in this laptop, the TDP is limited, max 55W to 65W for short bursts and 45w.

0
Reply
This comment has been rated as unhelpful by Slickdeals users
Joined Feb 2013
L7: Teacher
2,613 Posts
887 Reputation
06-27-2022 at 06:58 PM #8
1. Notebookcheck.net reviews
Between LOAD AND WIFI is what battery runtime you can expect.
Push hard and you'll need to look at laptops with great LOAD runtimes.
(E.g. Even a MacBook Air M1 runs LESS THAN 2 hours under heavy load.)

3. Long battery and FAST is generally not going to happen. A few fast gaming and workstation laptops will give you a 2+ hours under load.

A bit of this is the weight issue, a bit the 100w lithium battery limitation (of Airlines).

4. Raptor Lake next year - even lower power use as Intel optimizes.

06-28-2022 at 04:24 PM #11
Love that makers are starting to put out OLED screens (Acer's is coming in July) if for no other reason than the non OLED screen versions are going to drop in price like a stone (but as power says OLED screens are MUCH better than the previous version especially for people who need accurate color representation.)