Thanks to Deal Hunter BBQchicken for finding this deal.
Note: Usually ships within 2 to 4 weeks. 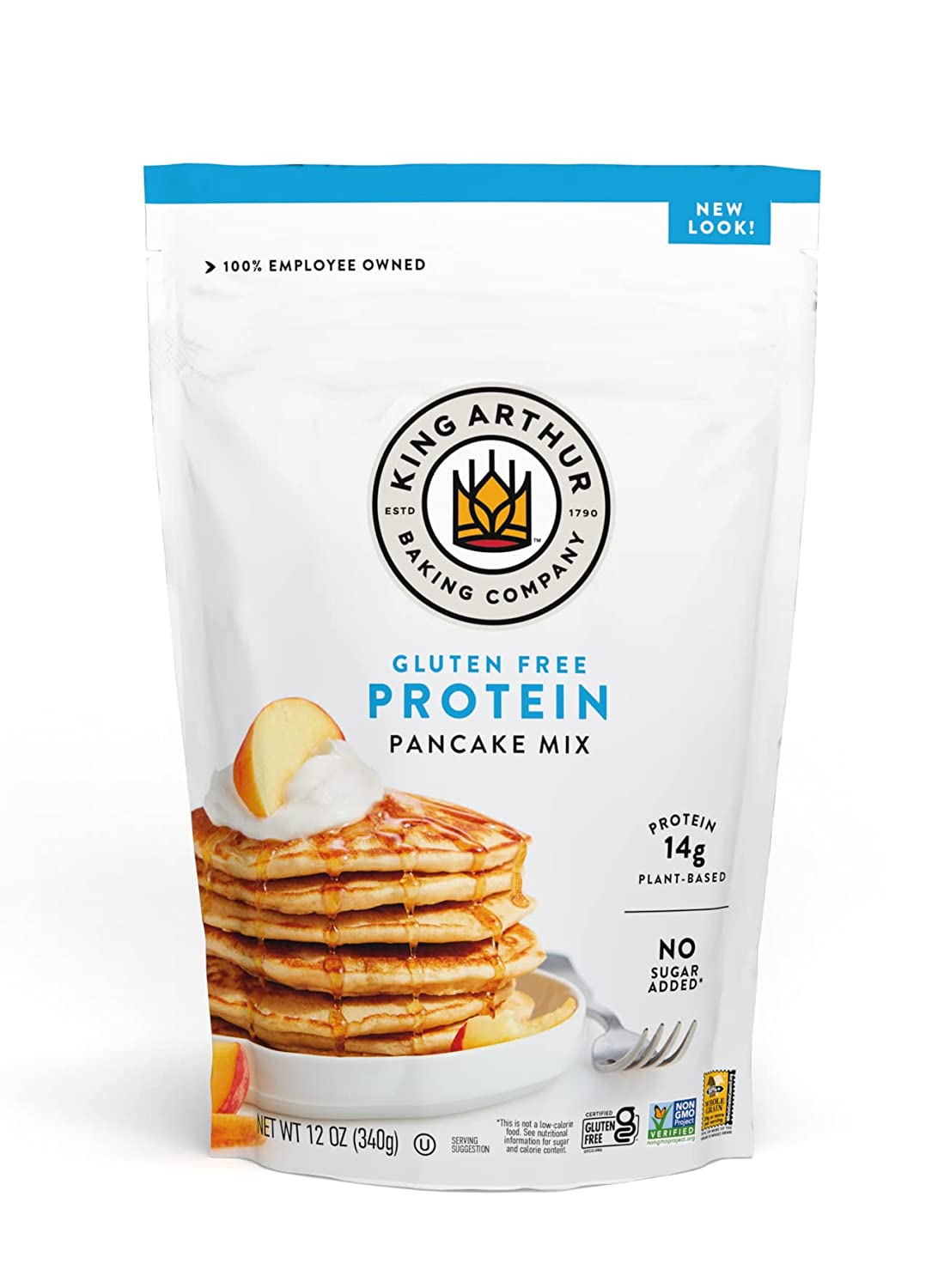 This stuff is nasty imo. I regret buying multiple. Texture is terrible
Stay away. This stuff is disgusting. The regular KA GF pancake mix is great. This ain't it

1
Reply
This comment has been rated as unhelpful by Slickdeals users
Joined Jun 2008
L3: Novice
264 Posts
346 Reputation
07-06-2022 at 11:35 AM #5
Bought it last time, it's not great. You could probably add some spices and whatnot to make it better but at that point you may as well Just go from scratch

0
Reply
This comment has been rated as unhelpful by Slickdeals users
Joined Jan 2016
New User
6 Posts
10 Reputation
07-06-2022 at 09:53 PM #11
I've been eating protein pancakes\waffles as a regular part of my diet for about two years now. I'm not sure if the people commenting just aren't used to them but protein pancakes don't have anywhere near the texture of a normal pancake and that may have been what they were expecting. When I make mine, I add greek yogurt and egg whites for extra protein, some cinnamon and nutmeg, and mash up a banana in there. Drizzle with sugar-free syrup, sprinkle some PB2 on it and it's a great tasting macro and calorie friendly meal! I've used Kodiak Cakes (my go to from Costco), Birch Benders, and King Arthur now. I can't say I notice any discernable difference between the 3 when I make them the way I do but maybe if I were to make them with just water as the box instructs I could. All in all, this is a good deal for ready to go protein pancake mix. It's on par with Costco's Kodiak Cakes deal but you don't have to buy a Costco size box.

1
Reply
This comment has been rated as unhelpful by Slickdeals users
Joined Feb 2017
L6: Expert
1,489 Posts
601 Reputation
07-07-2022 at 03:58 AM #12
Kodiak makes the best protein, low cal , pancakes. Surprisingly they taste great. I don't think they have a gluten free version but they have pre made frozen pancakes and waffles that are a great time saver too. 190 cals for three decent size cakes with as much protein as most protein bars make them a much more satisfying option than a protein bar for breakfast.

0
Reply
This comment has been rated as unhelpful by Slickdeals users
Joined Dec 2008
L3: Novice
164 Posts
100 Reputation
07-07-2022 at 04:38 AM #13
I bought 3 of these last time they were on sale. They are awful.
I have celiac and need to eat GF and have tried many many brands and these are among the worst pancakes I have ever had.
Avoid and save your $

0
Reply
This comment has been rated as unhelpful by Slickdeals users
Joined Jun 2013
L5: Journeyman
536 Posts
61 Reputation
07-07-2022 at 05:12 AM #15
Bought the keto version of this last time and only wish I bought more. I did some incredibly good dinner pancakes with them (chicken etc). I was fine with the texture etc.

That being said, this deal is for a different version. But the carb conscious aka keto one is a great deal as well! Perhaps a better deal for many like me.


Thanks OP for flagging me to check the others one price which matched previous deal on keto one.