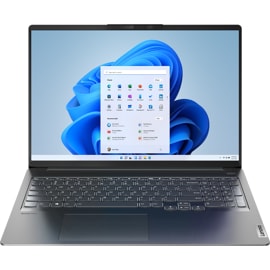 Dr.Wajahat posted this deal. Say thanks!
Add Comment
Reply
in Laptops (6)
If you purchase something through a post on our site, Slickdeals may get a small share of the sale.

0
Reply
This comment has been rated as unhelpful by Slickdeals users
Joined Nov 2014
L3: Novice
258 Posts
44 Reputation
Our community has rated this post as helpful. If you agree, why not thank ?
08-07-2022 at 10:02 PM #3
I almost pulled the trigger on this until I saw the ram isn't upgradable. Still impressive specs for the price though.

0
Reply
This comment has been rated as unhelpful by Slickdeals users
Joined Nov 2012
Free the Robots!
3,273 Posts
418 Reputation
Our community has rated this post as helpful. If you agree, why not thank ?
08-07-2022 at 10:03 PM #4
8gb memory soldered to board, cannot add additional memory. wtf lenovo

Two years ago I bought a ThinkPad X280 with 8GB RAM pre-installed as well as a 32GB (16GBx2) RAM kit. I was thinking I'd just do the upgrade myself instead of paying Lenovo 10x more for the extra RAM.

Fast forward 2 years and I still haven't installed the RAM kit since I've been too lazy to pry the thing open. The X280 has been working just fine with 8GB in single channel to be honest (MS Office, Chrome/Firefox, PS1 emulation, etc). I'll get around to installing the RAM eventually but I just haven't felt a pressing need to do so since the system doesn't stutter/freeze unlike my older laptops with HDD.

Sure, more RAM makes for smoother operation specially for heavy workloads. However, for typical usage I think the switch to NVMe SSDs instead spinning disks has made hitting the pagefile a lot less painful when the system runs out of free RAM.

This comment has been rated as unhelpful by Slickdeals users
Joined Oct 2018
New User
9 Posts
10 Reputation
08-10-2022 at 09:27 AM #9
Any student discounts available in Microsoft.com

The 5600U seems a bit slower in multi-core but considering the TDP difference, I'd say it's doing pretty good.