Slickdeals Forums Deal Talk Kingdoms of Amalur Re-Reckoning - Xbox One - Xbox One Standard Edition for $9.99 @ Amazon
Advanced Search
Sorry, this deal has expired. Get notified of deals like this in the future. Add Deal Alert for this Item
Popular Deal

Kingdoms of Amalur Re-Reckoning - Xbox One - Xbox One Standard Edition for $9.99 @ Amazon 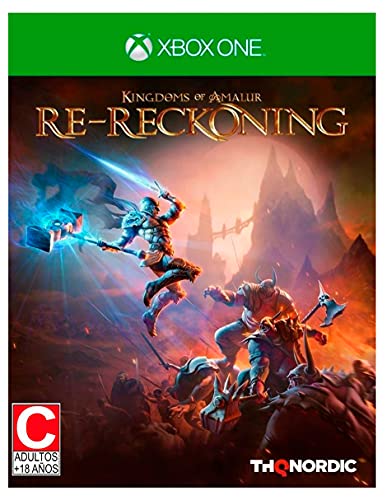 madkindofdeals posted this deal. Say thanks!
Add Comment
Reply
in Video Games (3)
If you purchase something through a post on our site, Slickdeals may get a small share of the sale.

i mean that in a good way too, this game is a very fun , fetch quest filled, grind and loot aRPG , with a large open world ...it does have some bugs and glitches ,but im glad i got around to playing it last year, very worth it !~

0
Reply
This comment has been rated as unhelpful by Slickdeals users
Joined Dec 2021
New User
10 Posts
10 Reputation
08-14-2022 at 10:49 AM #3
The sad development story always overshadows just how good of a game this is. This is, in my opinion, one of the biggest no-brainers for $10 I've seen in years. I love this game. The art, combat, and music are all top-notch. While some of the systems feel "dated", Action RPG gamers over the last 15 years will feel right at home. 40+ hours in the main story alone before you hit expansion content.

0
Reply
This comment has been rated as unhelpful by Slickdeals users
Joined Nov 2012
New User
6 Posts
10 Reputation
08-14-2022 at 12:15 PM #4
Great game. Bought it three times - original, rereleased (both on PC) and released on switch. Oneb of my all time favorite.

0
Reply
This comment has been rated as unhelpful by Slickdeals users
Joined Mar 2012
L2: Beginner
828 Posts
76 Reputation
08-14-2022 at 03:07 PM #5
One of the greatest Xbox 360 RPGs. Unfortunately, this remaster adds some new bugs, and breaks some old quests. The good thing is that you can play the original version on the Xbox Series X if you can find the disc version somewhere cheap. They almost made no changes to the game at all in this remaster. The only thing that is really new is the DLC, that you can only access after beating the entire game. So, if you don't care about that, the 360 version is much more patched up and bug free. I also don't see much of a graphical difference between the 360 version and this version. And, I actually prefer the darker and more atmospheric lighting in the 360 version. They almost made this version too bright.