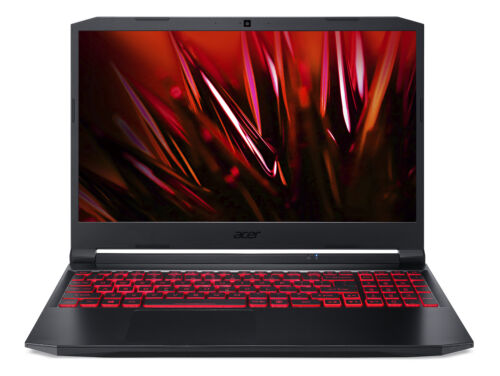 chaofun | Staff posted this deal. Say thanks!
Add Comment
Reply
in Laptops (8)
If you purchase something through a post on our site, Slickdeals may get a small share of the sale.

This comment has been rated as unhelpful by Slickdeals users
Joined Sep 2018
L2: Beginner
47 Posts
71 Reputation
09-26-2022 at 02:15 PM #2
Would this be good for video editing or should I consider the msi pulse deal from gamestop a few threads lower with the 1tb nvme?

0
Reply
This comment has been rated as unhelpful by Slickdeals users
Joined Dec 2020
L5: Journeyman
584 Posts
94 Reputation
09-27-2022 at 12:33 PM #7
How is this a deal and why would should anyone buy refurbished? Spend the extra money on new. You can literally get a new gaming laptop for roughly the same price on Black Friday.

EDIT: The i5-11400H is outdated along with Windows 10. You should be looking for the 12th generation i5, not 11th since the performance far exceeds it.

This comment has been rated as unhelpful by Slickdeals users
Joined Apr 2014
L6: Expert
1,417 Posts
109 Reputation
09-27-2022 at 12:54 PM #9
Slightly more powerful while being cheaper. Usually not worth the premium, but if it's less 50 dollars of a premium then go for it. In this case, the premium difference is actually negative. However, it's new vs refurbished price so not exactly fair. You may get lucky and get a customer return, which is basically new.

0
Reply
Last edited by BlueRaccoon1085 September 27, 2022 at 01:10 PM.
This comment has been rated as unhelpful by Slickdeals users
Joined Mar 2009
L2: Beginner
25 Posts
14 Reputation
09-27-2022 at 01:48 PM #12
Bought an acer referb similar to this about 4 years ago for my daughter. It was an I5, 1050ti at the time. Got them from newegg. The first was DOA. There was something wrong with either the display, or the graphics card because the screen would do this weird thing where only portions of it would actually refresh. Sent it back easily to newegg and got a full refund. I wanted a replacement that worked, but they were out. Two weeks later, they had more in stock, purchased another, and it's been great! She still uses it to this day. The SSD did fail last month. Which I thought was odd for an SSD... but it was just the original 256gb, and we had her stuff backed up, so it was an easy swap / upgrade. Literally the ONLY issue we had.

The one thing I will say about Acer though... their built in displays are trash for light bleed. I purchased a predator 17" for myself. Had no issues with it either. However, both have experienced progressively worse light bleed around the edges of the display. It's not a huge issue, since I typically use multiple external monitors when at home and do not use the built-in display. But, if you plan to exclusively use the built-in display, just know this has been a common issue for me across multiple acer lines. Then again... the prices I paid for both laptops... I mean... I can't really complain much.

0
Reply
This comment has been rated as unhelpful by Slickdeals users
Joined Aug 2017
New User
15 Posts
14 Reputation
09-27-2022 at 02:01 PM #13
Good luck for this price. Also, bought 2 gaming laptops and gaming PC from Acer Refurbished Store at eBay and never had an issue. They come like new in brown box with 2 year warranty from Allstate.