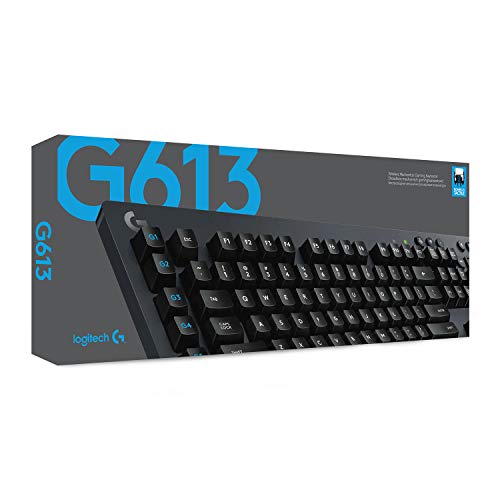 Shows delivery date of December 5th (if ordered Nov 25) for me.

0
Reply
Last edited by TawdBall November 26, 2022 at 05:51 AM.
This comment has been rated as unhelpful by Slickdeals users
Joined May 2015
L3: Novice
110 Posts
66 Reputation
11-26-2022 at 09:15 AM #5
I've had this board for about 2 years now, really like it. Experienced the double letter issue and fixed it by installing higher end batteries (forum suggestion). Although it's mechanical, it's certainly not a clicky board, more linear and using Logitech proprietary switches. Love the ability to switch between personal and work computers via wireless/Bluetooth with simple press of a button. Overall, highly recommend.

The only thing good about it was it's multi connectivity. My switches started double typing right after warranty ended

This comment has been rated as unhelpful by Slickdeals users
Joined Aug 2014
L2: Beginner
45 Posts
22 Reputation
11-27-2022 at 10:53 AM #9
According to camelcamelcamel (site for checking historical low prices of Amazon products), this keyboard hasn't been $130 for some time. In fact, the average selling price has been $70-$74, so this doesn't look like much of a deal.

0
Reply
This comment has been rated as unhelpful by Slickdeals users
Joined Oct 2018
New User
18 Posts
10 Reputation
11-28-2022 at 07:57 AM #14
except, in my experience, the spacebar. The rest of this device seems well made, but I've had two now as primary devices. The first was replaced due to the rattly spacebar and after using the second for a year, the spacebar feels loose and wobbly under my right thumb which I use most. It's super loud too, and I've tried the normal ways of fixing it, to no success. My girlfriend hates this keyboard and says I need to not punch the spacebar so hard... which I'm not even depressing all the way.

The other issue I've had is the ABS keycaps wear, but SO DOES THE PALM REST which is made from the same material. I have shiny spots where my wrist will sit on the board under each hand. This is odd for me because i've never had keys go shiny even on other logitech boards I've had for 5+years and typed on significantly more.

Also keep in mind this board is enormous with the palm rest and extra side row of buttons. If you don't have a big desk, this may be an issue.

I do love being able to switch between computers, and the responsiveness, short key travel, and general build quality (except the spacebar). I am not an enthusiast but have tried other switches and actually really like the stability and feel of the proprietary ones in this device. I got my board for about $50 two years ago, which is well worth it. But now that good mech boards have come down in price, I'd have a tough time choosing this board vs any of the various brown (or equivalent) switch, programmable, multi device boards often featured on SD if I were to do it again.