Thanks to Deal Hunter serra for finding this deal

Note, this is a nonstop flight and pricing/flight availability may vary depending on selected dates. Economy Light comes with one underseat bag w/ changeable for fee 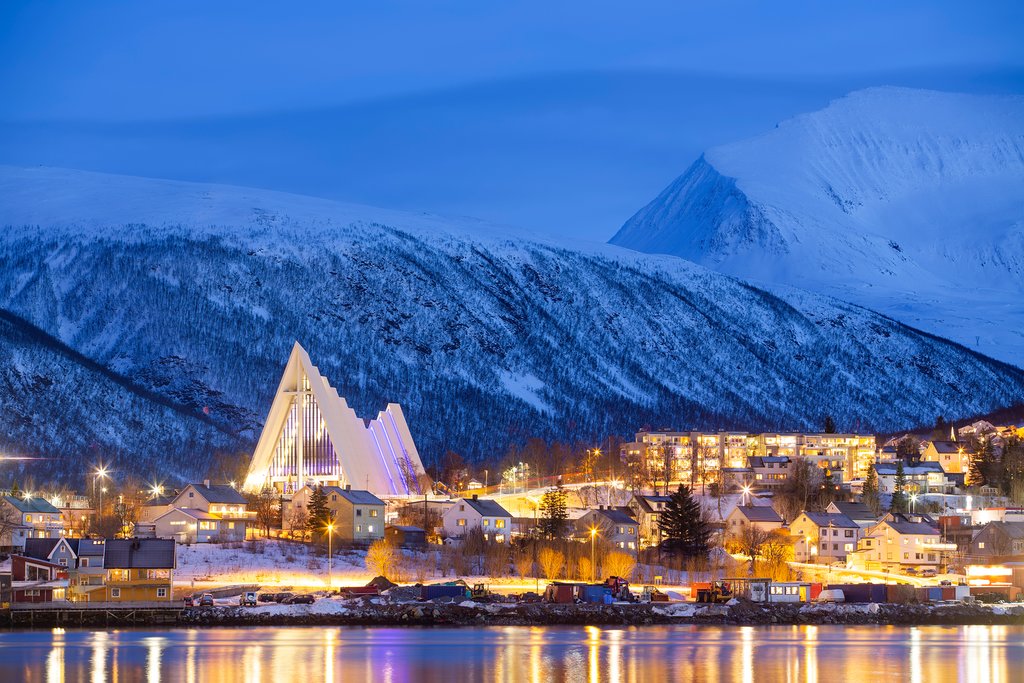 Norse Atlantic Airways, a low-cost, long-haul airline based in Norway have round trip airfares travelling from New York (JFK) to Oslo Norway (OSL) for $278, nonstop. This is a low-cost airline so your low airfare is basic which includes only a personal item. There will be options to pay for other cabins and/or baggage(s) during the course of checkout, including meal service.

Yes and maybe and no. It really depends on your situation. I've taken Norwegian (their predecessor) numerous times and thought it was perfectly serviceable. I'm a fairly durable traveler though.

Some context: Norse is a reincarnation of Norwegian, which stopped flying long haul during the pandemic. (Norwegian still flies intra-Europe short haul.) In the recent past, a former exec of Norwegian bought some of their long-haul aircraft (or their leases) and along with PLAY et al., we now have transatlantic LCC flying again.

They fly fairly new 787s and had a pretty sizable operation in the before-times.

Norse uses an LCC model, not too unlike Spirit or Ryanair. "Low Cost Carrier" is a bit of a misnomer: it doesn't mean their fares are necessarily cheap, it means their business model relies on a la carte pricing. (Arguably, LCCs should be called ALCCs.) Depending on what you need/want in your flying experience, you add those extras on after buying just your base ticket, which is just a randomized seat and a personal item like a backpack. Extras would be things like a check-in bag, a rollerboard carry-on (the kind that goes in the overhead bin), a seat assignment, food&drink, amongst others.

In the case of Norse (and the former Norwegian long haul operation), a very decent IFE with a good selection is included, as well as about the same seat pitch as the legacy carriers (31-32"). I think there's a USB plug and/or regular 120V socket too. To be clear, their seats are about the same as a typical legacy carrier Economy experience crossing the Atlantic. (Look up pictures on the interweb of each.) This is not Spirit's seats. And I've experienced far shittier IFEs on United's older planes.

So how does this differ from a Basic Economy (barebones, lowest) fare on a legacy like United or Delta? On the legacies you'll probably get free food&drink, and a free rollerboard carry-on. Quite certain everything else is the same (e.g. you must pay for a checked bag, but the prices vary per carrier). A legacy should also offer better recovery during a delay or cancellation.

So, yes, this is a good deal if: you can travel quite light (just a personal item like a backpack), can bring your own sandwich onboard or aren't bothered by buying some overpriced food&drink, and want to go to Scandinavia. A relaxed- and adventurous-attitude towards rare-but-possible delays/cancellations or other trip obstacles is good too.

This is maybe a good deal if: you also need a rollerboard carry-on in addition to your personal item. Or if you want to head elsewhere in Europe, as you'll have to build in the cost/hassle of additional buses/trains/flights.

This probably isn't a good deal if: you also need checked luggage, definitely want an Econ-style meal on board, and are traveling with other people and definitely need to sit together. All those extras need to be paid for, and it might end up being cheaper and simpler to buy a Basic Economy ticket on a legacy carrier.

Fwiw, I also hesitate to recommend this for anyone's first intl trip, when there's already a lot of other stuff to acclimate to (language, currency, customs, food, etc); second or third trip… sure.