Note: Purchase of Ultimate plan automatically upgrades your existing Xbox Live Gold or Xbox Game Pass membership(s) to Ultimate at a conversion ratio each based on days remaining (Up to 36-Months). 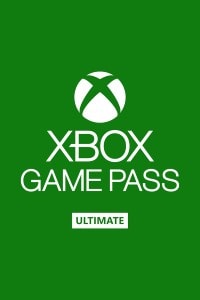 nitro0097 posted this deal. Say thanks!

Written by Edited June 9, 2019 at 05:12 AM by
CRAZY deal (glitch?) on Xbox Game Pass ULTIMATE (the one that combines your gold and game pass for $15 a month). Right now sign up for ONE DOLLAR ($1) and it extends and combines the current remaining time of your subscriptions for $1 total. Then just turn off recurring billing. I had Xbox live gold through May 2020, just paid $1, now have ultimate through May 2020! Maybe a glitch, maybe a special deal because today is their E3 conference. Whatever the reason is, hop on this!

Last Edited by LikeABadPenny June 14, 2019 at 09:05 AM
READ THE THREAD BEFORE UPGRADING

This really isn't that complicated, you want to stack your combined service (Gold/Xbox Game Pass) up to a TOTAL of 35-36 months BEFORE UPGRADING. There's plenty of information in this thread, READ IT before you upgrade if you're confused!

Q: When does this promotion end?
A: Unknown, speculative end date is the 17th but not confirmed. Also not confirmed if the current 1:1 conversion ratio will be normal going forward or if it will change. Reddit is suggesting it's running until June 30th: https://www.reddit.com/r/xboxone/...30th_2019/

You can cancel your Ultimate membership at any time, and you will continue to have access to your Ultimate benefits until your prepaid time ends, at which point you will not be charged again. The upgrade of any prepaid time cannot be reverted back to Xbox Live Gold or Xbox Game Pass."

For those wanting to buy additional months of Xbox Live Gold or Game Pass, as an alternative to buying a 12 month card at a retailer, check your Microsoft Rewards.

If you have the points, you can add a few additional months or a 12 month pass to combine with this deal. I used my rewards for an additional 12 months of live. Combining that with my existing months of Game Pass and Gold, I bought the $1 Ultimate Pass and now it will last until June 2022.

If anyone needs help with their maths, this website makes it easier: https://www.timeanddate.com/date/duration.html - add your time from today's date to the end of your Gold date, and end of your Gamepass date (if you subscribe to both) then figure out what you need to add to max out the benefit

Try to find some cheap XBOX Live subs to maximize the deal BEFORE YOU BUY IT. Ultimate combines the amount of months you have left on Live + Game Pass.
This is not a glitch. This is how it's meant to work. I am in the preview program and can confirm.

Edit:
I went ahead and tried it just to see and I am getting "$14.99 every month, next charge on 9/13/2021" so it does appear to be working, at least on the surface. Curious if this is intentional or not, we shall see. Thanks OP

0
Reply
This comment has been rated as unhelpful by Slickdeals users
Joined Jul 2017
L3: Novice
118 Posts
62 Reputation
06-09-2019 at 04:33 AM #8
Yep, I saw that too and hesitated. However, 3 years is a loooong time and I'm sure there will be cheap Ultimate codes that can be bought by then like Gold and Game Pass now.. considering loading up my Live Gold first since it expires in Aug.

Try to find some cheap XBOX Live subs to maximize the deal BEFORE YOU BUY IT. Ultimate combines the amount of months you have left on Live + Game Pass.

06-09-2019 at 04:45 AM #13
THANK YOU! Lol! Trying to explain to people this is a glitch or a great deal or something and that it works is like pulling teeth just trying to get them to try it. I'm glad you took the leap of faith and are rewarded like I was!