$6
$7.31
w/ S&S + Free S&H
+44 Deal Score
16,974 Views
Amazon.com has 12-Pack of 20-Oz Gatorade Fierce Sports Drink (Green Apple) on sale for $5.98 when you clip the $0.96 off coupon found on the product page and checkout with Subscribe and Save (select the later date from the "First Delivery On" menu). Shipping is free. Thanks TattyBear
Note: Must be logged in to clip coupons; coupons are typically limited to one per account. You may cancel Subscribe & Save anytime after your order ships. 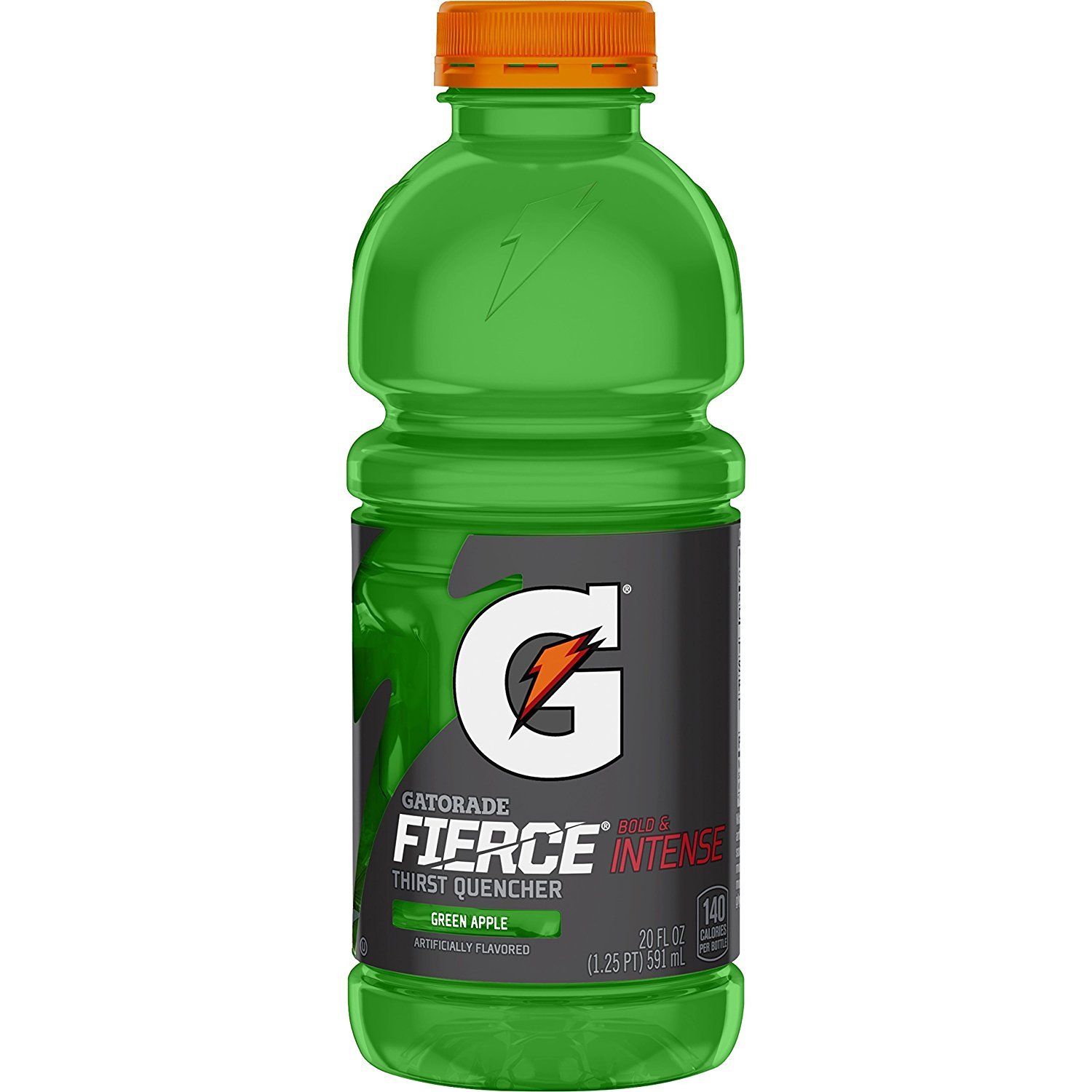 TattyBear posted this deal. Say thanks!

Note: Must be logged in to clip coupons; coupons are typically limited to one per account.
You may cancel Subscribe & Save anytime after your order ships
Add Comment
Reply
in Energy Drinks & Sports Drinks (9) Get Amazon Coupons
If you purchase something through a post on our site, Slickdeals may get a small share of the sale.

*Edit* wow, I was just kidding around, can't believe I started an internet war. But srsly though, drinking liquid sugar can contribute to diabetes. Fact. Soda lobbying companies spent millions (if not billions) to dispell this fact and were fined by multiple governments. Fact.

So even though I was just making a joke, drinking liquid sugar, combined with leading a non-active lifestyle contributes to diabetes.

The latter case isn't a great idea, you may crash a few hours later.

So, unless you're an athlete drinking this post workout, the joke I made initially did have truth to it. These were made for athletes, and even they were only meant to drink them in certain situations (during or post workout).

A facts a fact, and a joke can have some truth to it, as it did in this case. There's really nothing to argue about here unless you own a soda company or a sugar plantation. Or unless your lobbying for your own fat and lazy behind, too, I guess.

People can lie to themselves to justify their own decisions, but when you lie to the public, you contribute to the publics understanding of basic simple facts like this. People get sick/hurt and that is not a good thing. If you were a soda company, you'd get sued (as they have multiple times in numerous countries).

Tl;Dr: Guzzling liquid sugar and inactivity contribute to diabetes (or diabetus). This was meant for athletes during and post workout (when their glycogen reserves - the stuff that holds energy in their muscles - are depleted), any other time and it's obviously not a healthy choice.

"In layman's terms, diabetes defines a condition where blood sugar levels are not normal.

When you eat food, most of it gets converted into glucose inside your body. Why? Because glucose is easily converted into energy and makes a great fuel source. When glucose is detected, your pancreas secretes a hormone called insulin which helps your cells extract it from your blood and use it to perform various tasks in your body.

The problem occurs when your pancreas becomes damaged, lazy, or simply can't secrete enough insulin for some other reason. When that happens, glucose builds up in the bloodstream because the cells aren't able to utilize it. The result? High blood sugar or "diabetes".

The simple solution is to learn how to jumpstart your pancreas, but that's often easier said than done. One reason for this is there are several different types of diabetes and a wide range of symptoms that must be controlled. Common diabetes symptoms include extreme thirst and hunger, changes in vision, dry skin, unexplained changes in weight, and swelling, just to name a few.

Many diabetes symptoms can lay dormant for years, and a large percentage of diabetics are completely unaware they have the disease. A test measuring blood glucose levels is needed to confirm the presence of diabetes.

There is also a genetic aspect to diabetes and there are several risk factors which can make you more susceptible to the disease. These include things like a family history of diabetes, being overweight and/or obese, and living a fairly inactive or sedentary lifestyle. Rarely, diabetes can also be caused by surgical procedures and certain drugs.

Diabetes is typically classified into one of three categories: type 1, type 2, and gestational diabetes. Type 1 diabetes occurs when your body is unable to produce enough insulin on its own. Therefore, it often requires insulin injections and supplements.

Type 2 diabetes is the most common form of the disease. With this form, your body typically produces enough insulin, but it doesn't get used properly so your blood sugar levels remain high. The good news is, type 2 diabetes can often be controlled and even reversed through specific diet and exercise protocols tailored to each individual.

Diabetes, when left unchecked, can be a deadly disease. But it is also one of the most easily managed and controlled. Better yet, the disease responds well to natural protocols and can often be reversed without resorting to potentially harmful drugs and medications."

Basically, diabetes is caused by being umm larger than you should be. So, don't get overly large, and you should be good. Staying away from men and donuts may help.

Is Amazon Prime Pantry Worth $4.99 per Month?