Note, item must be sold/shipped by Amazon

Alternatively, Best Buy also has The Legend of Heroes: Trails of Cold Steel III: Early Enrollment Edition (PS4) on sale for $29.99. Select free in-store pickup to save on shipping, otherwise, free shipping on orders $35 or more. 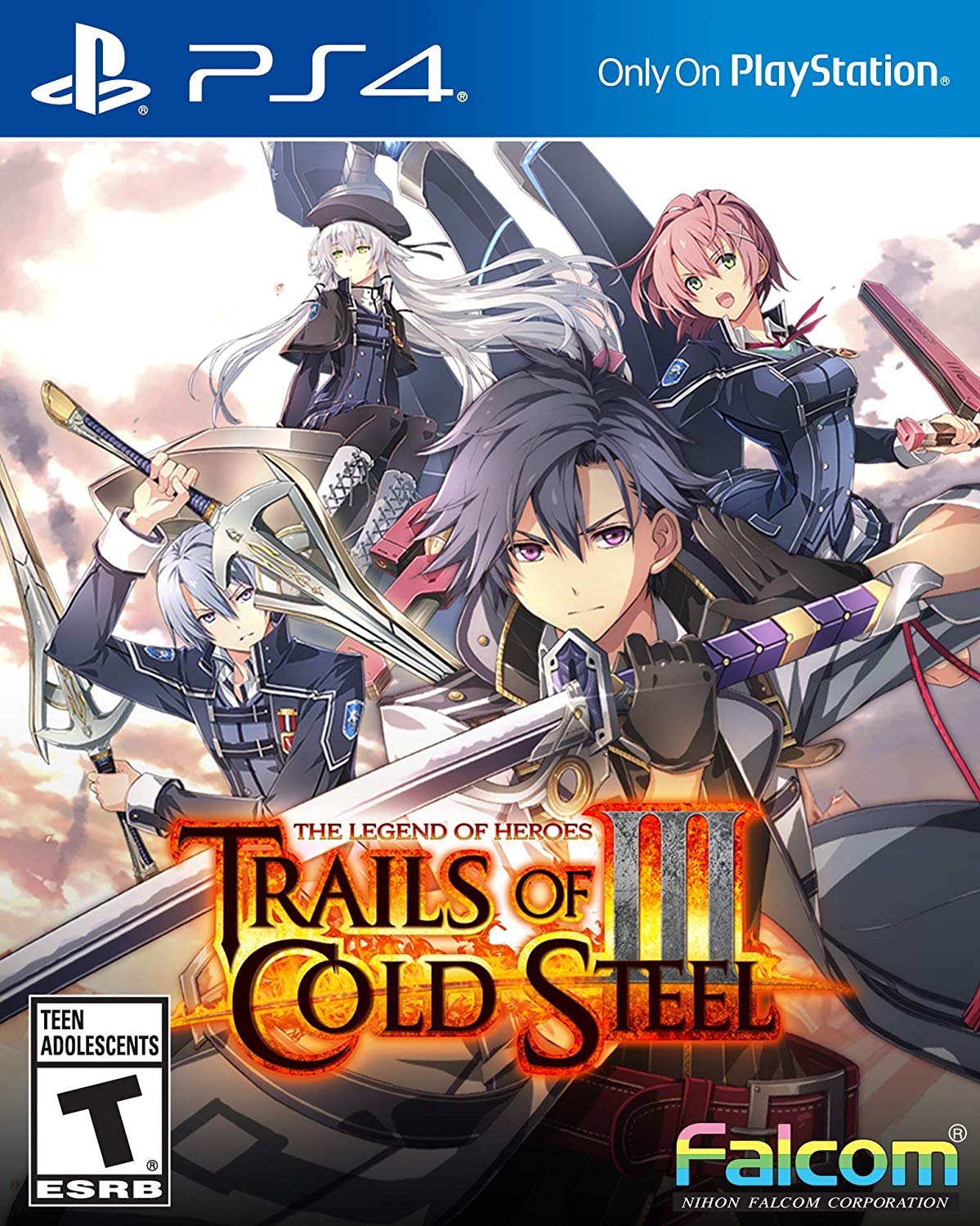 Kaiustheking posted this deal. Say thanks!

Experience an epic story developed across three titles, and crafted for new and old fans alike. Also includes an interactive introduction to catch up new players to the ongoing story so anyone can dive right in to the world of Trails of Cold Steel. Offer valid while promotion last - Discombobulated

Written by Edited February 20, 2020 at 11:47 AM by
This is the newest installment of the Legends of Heroes. Excellent game awesome storyline.

I'm playing through the first game in the "Trails of" series (Sky, so five games before this one). The writing and handling of the NPCs is very well done, better than nearly all RPGs out there.

If you have the patience for it, starting at "Trails in the Sky" and working through that trilogy helps the Cold Steel games make a lot more sense, but...be prepared for a few hundred hours of commitment if you really want to be invested in the full game lore/world.

If you have the patience for it, starting at "Trails in the Sky" and working through that trilogy helps the Cold Steel games make a lot more sense, but...be prepared for a few hundred hours of commitment if you really want to be invested in the full game lore/world.

1
0
0
0
Reply
This comment has been rated as unhelpful by Slickdeals users
Joined Aug 2007
L6: Expert
1,305 Posts
1,276 Reputation
Our community has rated this post as helpful. If you agree, why not thank ?
02-17-2020 at 03:46 PM #9
It's difficult to compare these games since there aren't very many made like this anymore. But DQ is one of the closer ones I suppose. It definitely has some strong influences from Persona games and anime in general. Also if someone liked the school setting of Fire Emblem 3 Houses, the Cold Steel games did something similar (although they did it first and better, in my opinion).

As someone who has invested multiple playthroughs into all the games (even the unlocalized ones), I fully agree. These are my favorite games currently being developed.
Trails in the Sky FC and SC is defintely the best place to start for people in it for the long haul and don't mind playing a dated-looking game on steam (pc). My recommendation to people is to, if possible, at least start with CS1.

Cold Steel III is a solid entry in an amazing series of games. A switch version will be released later this year. While I'm happy that this means more exposure and more people enjoying the game, I will say that CSIII is not the best starting point. Taking the ending in account, I'd actually say CSIII is the least stand-alone game of them all. You can certainly enjoy and mostly understand the game without any of the previous games. But there will be a lot of appreciation missed since what these games do best is a detailed world setting and long-reaching character development.

Edit: I'll also add that Cold Steel 1-2 were localized by xseed while that changed with Cold Steel III to NISA. For this reason, I would not count on there ever being all the entries in one compilation (for the US at least). I would also not expect to see CS1&2 on switch at any point.
2
0
0
0
Reply
Last edited by resoluteK February 17, 2020 at 03:59 PM.

Persona is fun for the friendships and mysterious storyline. Replace the mystery with a super dry story about military living and a caste system and you can almost imagine how boring it is.

Recommend you play trails of cold steel 1 and 2 prior, although not required. It gives you a much better understanding and appreciation of the events in cold steel 3 if you personally experience cold steel 1 and 2.
0
0
0
0
Reply
Page 1 of 3
1
Join the Conversation
Add a Comment
Deal Alerts

Razer's Viper Ultimate Is the King of Wireless Mice
Copy Code & Open Site More Deals from
Did this coupon
work for you?
Copy
Link Copied to Clipboard