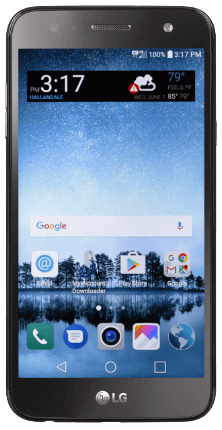 rsvpd posted this deal. Say thanks!


Simple Mobile has LG FIESTA 2 LTE 16GB Smartphone for $0 with purchase of any 30-Day Prepaid No-Contract Plan (Unlimited Nationwide Talk & Text) starting at $25.Note: Specs:
Add Comment
Reply
in Prepaid Phones (10) Get Simple Mobile Coupons
If you purchase something through a post on our site, Slickdeals may get a small share of the sale.

That's a weirdo.
11 Helpful?
Read?
7 Helpful?
For a person that's been on this site for a decade you still can't figure out how to read the OP?

Women get banned at phenomenal rates because men mark as fake when they don't get a response fast enough or of the right kind. there's actually even journalist articles on it.
the only confirmed way is to use a second device on a different network with a different phone number and operating account.

I got the hammer myself while I was in surgery. after a brief email exchange they confirmed too many reports of "fake account" no way to appeal. I'm a woman and it's of no loss, but signing in on my phone to someone else's account-- they get the hammer too (male cousin) creepy wtf they know.

NordVPN Offers a Smart Way to Practice Internet Safety While Working From Home
Copy Code & Open Site More Deals from
Did this coupon
work for you?
Copy
Link Copied to Clipboard