Samsung S10 price reduction and promotions at Verizon with unlimited plan and device payment plan - S10 128gb $150-300 with trade and new line, plus an extra $150 for switching

Verizon Wireless has lowered the price on the Samsung Galaxy S10 to $749.99. They currently have a promotion where you get $100 back in monthly credits for buying an S10 family phone, and will give you $350-500 for trade-in with a new line ($200-300 for an upgrade), so $150 or 300 after trade with a new line. The deal requires the 24 month Device Payment Plan, but I wasn't switching anyway. There is also a deal on the Note10 but it's not as cheap as I originally thought so I am removing it from this post.


List of phones eligible for the $300/500 trade (obviously many are not worth trading in):

List of phones eligible for $350/200 upgrade (a much more reasonable list, especially the older Samsung, Google and iPhones):

I bought the S10 yesterday at a local Verizon reseller for $750 but the salesman did not tell me about the $100 promotion, so I thought I was paying $400 (750-350). I only found out about it when I checked my upcoming bill and it showed a monthly credit of $4 in addition to the trade-in credit. So I will be paying $300 for upgrading my S7 that had problems (but was not damaged and powered up). I should add that I added a new line rather than doing an upgrade and did not currently have my S7 activated on Verizon (I had switched to an older phone), so I was able to get the new line deal.

They're also supposedly offering a free Verizon Stream TV box with purchase. Note sure how useful it is but hey, free is good.

If you switch to Verizon, you also get a $150 Mastercard gift card in addition to the other promotions for a potential MM (or course you have to stay a Verizon customer for 2 years).

Here's the page with the Samsung phones on it. 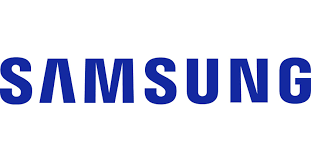 MisterBill posted this deal. Say thanks!
Add Comment
Reply
in Cell Phones (4) Get Verizon Wireless Coupons
If you purchase something through a post on our site, Slickdeals may get a small share of the sale.

Our community has rated this post as helpful. If you agree, why not thank ?
03-07-2020 at 10:46 PM #7
Thanks. At least the deal score isn't negative anymore. Plus i'm pretty thick-skinned when it comes to stuff like this.

I needed a new phone and my S7 was (sadly) on its last legs (I had gone back to using an LG G2!). I bought from a reseller (but with the Verizon name on the store, as they all are these days) and he was able to approve my trade-in in the store and kept the phone to send back. If I bought from a Verizon store or even BB, I would have had to get a box from Verizon and mail the phone back, and then they would approve it. I got an email from Verizon the following day saying that the $350 trade in had been added to my account. So it worked out very well for me, especially now that it's $200 less than I originally thought.

Reply Helpful Comment? 5 1
This comment has been rated as unhelpful by Slickdeals users
Joined Nov 2006
L6: Expert
1,642 Posts
90 Reputation
03-08-2020 at 06:29 AM #8
Pretty sure thats not how it works. Please see attachment image of the description of the promo discount.

Our community has rated this post as helpful. If you agree, why not thank ?
03-08-2020 at 07:32 AM #11
Given that this is a Verizon deal, and I am not a T-Mobile customer, I have no idea. You'd have to look on the T-Mobile site to see if they have something comparable.
Reply Helpful Comment? 3 0
This comment has been rated as unhelpful by Slickdeals users
Joined Oct 2005
L6: Expert
1,510 Posts
612 Reputation
Original Poster

03-08-2020 at 07:36 AM #12
BTW, if you are already Verizon customer and want to do the new line offer but do not want to lose your existing number, you can port it to Google Voice for $20. However, you likely need to swap out the active phone to something else so you can trade it in for a new line.
Reply Helpful Comment? 0 1
Last edited by MisterBill March 8, 2020 at 07:55 AM.
This comment has been rated as unhelpful by Slickdeals users
Joined Nov 2009
L2: Beginner
86 Posts
25 Reputation
03-08-2020 at 07:47 AM #13
I bought the Galaxy S10+ (Verizon) for $650 last October from Best Buy. No trade in, no new line and no bill credits. Verizon doesn't allow you to pay off the device early because you will lose your bill credits. Just wait 2 months. The S20 will see similar deals.
Reply Helpful Comment? 1 2
This comment has been rated as unhelpful by Slickdeals users
Joined Nov 2006
L1: Learner
23 Posts
14 Reputation
03-08-2020 at 07:51 AM #14
Anyone have any experience with trading in a phone with a cracked screen? I have a z3 that's fully functional but has a single crack across the whole screen, no chips or spiders off of it. How do they handle the value?