no $5 GC unlike the Black version 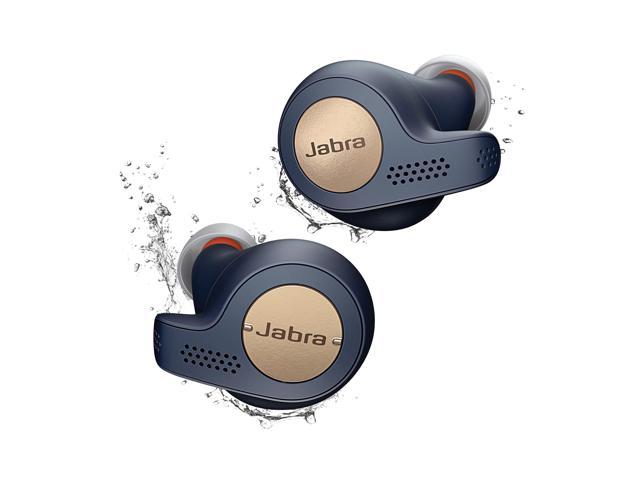 sr71 posted this deal. Say thanks!
Add Comment
Reply
in Headphones (3)
If you purchase something through a post on our site, Slickdeals may get a small share of the sale.

0
0
0
0
Reply
This comment has been rated as unhelpful by Slickdeals users
Joined Jun 2019
New User
5 Posts
10 Reputation
03-25-2020 at 10:30 AM #10
I had a mixed experience with these. Overall impressions were actually very positive for the price range. A slick-deal for Samsung Galaxy Buds also went for 50 or 60 bucks at the time when I pulled the trigger on the Jabra's. I ordered both and compared them.

Out of the box the Galaxy Buds sound more balanced vs the Jabras. The Galaxies have more of a well rounded mid-focused sound, while the Jabras have a signature that reminds me of a car stereo system with the sub and treble EQ boosted a bit. It's not bad, but it's not accurate. Jabra does have better sound-stage (left/right balance, reverb representation, etc) and I'm guessing this is largely due to the better fit in the ear canal and the slightly bigger profile of the ear bud which allows vibration to reverberate a little more naturally. Speaking of the fit, the Jabras have hardware buttons which were much better to use than the Galaxy touch-screen panels. Both of them have a slight bit of delay when operating them, but the Jabras do not have the issue where you accidentally hit the touch screen all the time when adjusting them in your ear canal which is very annoying. Neither the Galaxy or the Jabras leak audio when played at high volumes, so listening is always a private experience.

Jabra includes a system-wide app which allows you to EQ the sound and remap the push buttons on the earbuds. After toning down some of the bass and treble, these came out on top as the winners and overall really impressed me. I took the side by side test an extra step and used an app called "Sonarworks Reference (beta)" which uses studio-grade calibration techniques to adjust for coloration on headphones, and even after testing this on the Galaxy Buds (the Jabras didn't have an available profile), the Jabras which were manually EQ'd still came out in the lead because of the better sound-stage representation.

Jabra's call-quality was superior with the omni-directional microphones. The mix-through feature to hear the environment around you was also better on the Jabras.

So what's bad about them?

Unfortunately, there seem to be some firmware/software issues with the Jabras and it can be hit or miss. Some others have had success by just updating them through the app, but I had to send my back for a replacement. There was a volume mismatch on the left and right speaker and above 70-80% volume, you could suddenly hear a 'hiss' which is floor noise likely due to the built-in amplifier not being calibrated to the digital media volume on the phone. Battery life is also shorter with the Jabras and the case is slightly larger than the Galaxy Buds, but I found them sufficient enough for regular daily use (4-5 hours with 2 recharges).

I'll maybe come back to this when I receive my replacement unit. I am hoping I do not have the manufacturing problems/defects the second time around because I honestly really enjoyed these earbuds for $50. They left very good impressions in contrast to their competition.
2
0
0
0
Reply
This comment has been rated as unhelpful by Slickdeals users
Joined Nov 2015
New User
5 Posts
10 Reputation
03-25-2020 at 07:36 PM #11
no $5 GC unlike the Black version

Alienware's 7.1 Gaming Headset Brings All the Pros of Its Predecessor at Half the Price
Copy Code & Open Site More Deals from
Did this coupon
work for you?
Copy
Link Copied to Clipboard