Note, a Steam account is required in orders to play/activate. 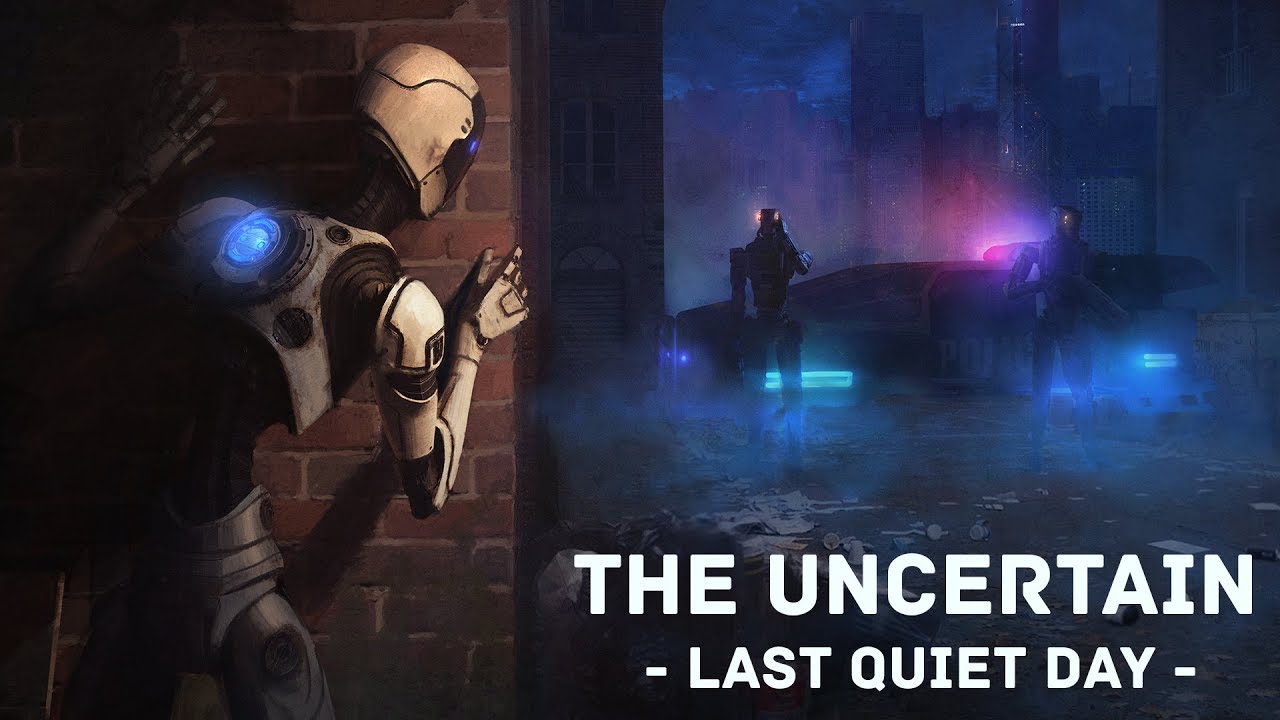 
Imagine making moral choices in a world devoid of morality. Logic rules this world, and every decision is just a set of zeros and ones. Most concepts take a whole new meaning, and some get completely abolished. Luckily reasonable beings, even if not human, always have a choice.

The Uncertain: Last Quiet Day is an story-driven adventure game set in a post-apocalyptic world. You see it from the perspective of an engineering robot RT-217NP, who seems to be very curious about the human race, long extinct in wasting wars. Experience the mysterious vibe of each of carefully explored locations. Test your skills, solving diverse puzzles. Make fateful decisions and discuss intriguing matters to find out the whole truth being kept from you.

Add Comment
Reply
in Video Games (2) Get Steam Coupons
If you purchase something through a post on our site, Slickdeals may get a small share of the sale.
Deal
Score +187
17,225 Views
Free
See Deal

This was free recently, if you're interested in people's comments from back then: https://slickdeals.net/f/13898483-the-uncertain-last-quiet-day-pc-digital-download-free?attrsrc=Test...

Our community has rated this post as helpful. If you agree, why not thank ?
05-21-2020 at 11:09 AM #3
This was free recently, if you're interested in people's comments from back then: https://slickdeals.net/f/13898483-the-uncertain-last-quiet-day-pc-digital-download-free?attrsrc=Test...

Getting around is more of a puzzle than most puzzles.

If this game were compressed a bit as a tutorial on how to play the real game, it would be fine, but the 'puzzles' are: Pick up object from one screen use it on the next screen, which is explicitly stated in game several times - Fine as a first puzzle just learning the interface. Then it's a match objects within a certain time - I think this is the only puzzle where time is a factor. Then it's on to a balancing puzzle, you could math it out and solve it, but trial and error work fine.

Then the next non-puzzle is use the only object you have and move your controller in a vague square. Find the one usable object on the only other usable thing and get 90% of a code to punch in. Experience some cutscene with a little inconsequential dialog and and wake up in another place, where you'll experience the joy of using a flashlight and clicking on four objects to help somebody. Go downstairs and click the exact items you were explicitly told to click and then find the objects needed to advance.

That's the first half of the game, and the puzzles don't get any more puzzling from there. It's less a puzzle game than a hidden picture game as you look for the item you've been explicitly told to get and use it where you were told to use it.

There's a chase scene in there that feels super out of place too, followed by non-puzzles of hitting the action button to hack things. Shortly thereafter you'll be in the lab, with puzzles like switching on things and switching other things off. Less puzzles and more a maze, and we all know how great mazes from a switching 3rd person camera angle in similar-looking corridors can be!

Then it's over. There's variety in puzzles like putting the circle shape in a circle hole and putting square shapes in square holes is variety. If greater promise was shown in having logical, rewarding puzzles to enjoy later, it would be a solid first chapter, but the world built feels as deep as a bowl of soup and as much fun to dive into.

When I searched for the game, I saw the soundtrack as a separate link, also free.

Ghost of Tsushima: Rounding up the Best Pre-Order Deals
Copy Code & Open Site More Deals from
Did this coupon
work for you?
Copy
Link Copied to Clipboard