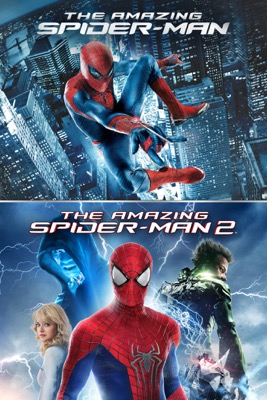 Note, must purchase through the iTunes platform. All films are Movies Anywhere (MA) compatibleAlso available at FandangoNow [fandangonow.com] for $9.99 (select the "Buy" tab and locate the "4K UHD" option)

I actually like this version of Spider-Man. Despite what people say
I purchased it on FandangoNOW since it's the only digital version that transfers the 4K via MA, it's the same price of $9.99. Purchasing it via iTunes will give it 4K in iTunes, but nowhere else.
It will not. Bundles on iTunes are still broken. You'll get 4k in iTunes but only HD elsewhere. MA I'd aware of the issue but says is iTunes to fix. iTunes won't fix it

All things considered, I still find myself watching these two more for the action and humor. The original trilogy hasn't aged super well, and Tom Holland, while probably the best blend of nerdy Peter with witty Spidey, just hasn't had the best scripts. He's been the second or third best part of each of his movies. Why people praise him so highly is bizarre to me. Out acted by RDJ in the first one, who himself was outdone by Michael Keaton, and then outdone again by Jake Gyllenhaal in the sequel. You can't be the hero and not be the best part of the movie in my opinion. I respect anyones opinion who likes them, I just personally think they fall short in a lot of ways.

Any deals on itunes gift cards?