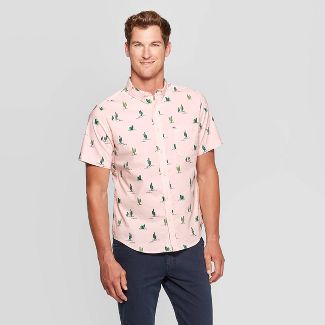 Bargainmom702 posted this deal. Say thanks!
Add Comment
Reply
Created 06-11-2020 at 09:55 PM by Bargainmom702
in Clothing & Accessories (10)
If you purchase something through a post on our site, Slickdeals may get a small share of the sale.
Deal
Score +9
8,619 Views
$12.00
See Deal
Want more deals like this? Create a deal alert for Clothing & Accessories.
Add Deal Alert

This comment has been rated as unhelpful by Slickdeals users
Joined Jan 2017
L1: Learner
22 Posts
30 Reputation
06-17-2020 at 12:53 PM #2
I noticed there aren't any comments. So before anyone can say anything bad about this brand because it's from Target, I will have my say first!

It's a decent brand. Their standard V-Neck shirts are some of the best basic v-necks you can get below $10. They have a decent weight to them and aren't paper thin.

As for other items, go for it. They're well established and their quality has improved ever since Target started getting trendier. OF COURSE, their footwear will be lacking but that's with all non-shoe focused stores even places such as Express. Nothing a good replacement insole can't fix.

I've purchased pants, t-shirts, and button-up's of this brand from Target, and I'm very happy. I had a moment where I was trying to find pants. Plain black pants that didn't fit crazy.

I went to several stores, many of which I've always shopped, and the selections are terrible. I tried Gap. Banana Republic, AE, Hollister, Express, Macy's and a few other higher brands in the mall. All overpriced, too tight for a man, too baggy for an adult, too long, too much hips.

I honestly don't know what's going on with the shops I've been shopping at for years, but the style shift is maddening. It's subtle for some items, and obvious on others.

Goodfellow & Co. clothing at Target was my last stop, and for the price, I figured I had nothing to lose. I ended up bringing back 90% of the clothes I purchased at the other stores. Saved a bunch of money, and the clothes fit great.

The shirts don't hug you unnecessarily. The pants are just pants. They have just the right amount of stretch. They have different styles to match what you're looking for. Some of the designs are a bit crazy on the button ups, but eh...brands have to diversify. Also, another big selling point, they don't shrink to 1 or 2 sizes smaller when you wash them.

Banana Republic, and I used to work there and purchased all my clothes from them back in the 2000's, their clothes shrink horribly these days. I bought 3 BR polos earlier this year, and washed them cold, light drying. They went from an XL to a M, in one wash. I've never had that issue with the Goodfellow clothes. They've faded a bit after a year, but they still fit the same as the day I bought them.

I've suggested them to several guys who have issues shopping at those stores we've been shopping since early 2000's, but now have just went off the grid with their styles.
0
0
0
0
Reply
This comment has been rated as unhelpful by Slickdeals users
Joined Jan 2017
L1: Learner
22 Posts
30 Reputation
06-19-2020 at 04:08 AM #4
What a journey. It's true though. A lot of the more popular brands that I used to shop at have gone in many odd directions when it comes to sizing. BR has definitely lowered their quality and although Old Navy often has sales, for some reason (at least personally), their jeans have ENORMOUS crotch space.

Good Fellow is great. I agree with what you said about their shirts. I still have one from 2 years ago. Slightly faded but still fits perfectly -- no matter how many times it's washed.

Their style ranges from casual to wild and for that, it's a good brand. It's saved me numerous times when in a pinch and only had a Target nearby.