Walmart has The Mummy Trilogy (Blu-ray + Digital HD) on sale for $9.99. Select free store pickup if stock is available, otherwise shipping is free on $35+ orders. 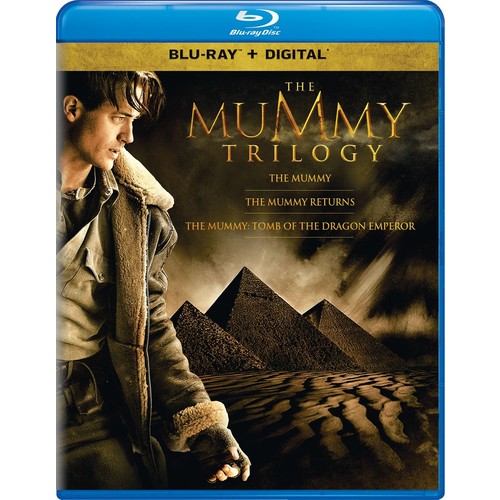 Talentedsardine posted this deal. Say thanks!

https://www.amazon.com/gp/product/B077Y8DJ4Z?
Add Comment
Reply
in Blu-ray & 4K Blu-ray (5)
If you purchase something through a post on our site, Slickdeals may get a small share of the sale.

08-08-2020 at 10:11 AM #13
I have digital HD codes of 3 movies, would like to trade for $5 Amazon gift card, please PM.
0
0
0
0
Reply
This comment has been rated as unhelpful by Slickdeals users
Joined Dec 2013
L3: Novice
158 Posts
25 Reputation
08-09-2020 at 06:33 AM #14
Second one not too bad...cutesy kid character added (their son)...third one a throwaway since they replaced Rachel Weisz with an actress who can only be termed as "annoying."
0
0
0
0
Reply
This comment has been rated as unhelpful by Slickdeals users
Joined Sep 2014
L4: Apprentice
412 Posts
72 Reputation
08-10-2020 at 02:33 PM #15
I have a sordid history with the first one. Saw it in theaters when I was 18 and wanted it to be more horroresque. Took my younger sister to see again in theaters per her request and disliked it even more. I saw the 2nd one when it came out because it looked "better", and the cgi was so awful in the finale that it ruined the entire experience(Scorpion King cgi). Met my wife later that year and found she was a HUGE fan of the movies and Brendan Frazier(sp?) My wife REFUSED(and still does) to watch the 3rd one because Rachel Weisz was no longer involved.
Until about a month ago I was still just put off by the entire series.
Watched part 1 again with the wife and our older son and my bias has apparently expired. I found it fun(with dated effects) and lighthearted. Rewatched Returns again right after and it's ok, but god the effects in the finale are just the worst.
0
0
0
0
Reply
Last edited by MogwaiWaterPark August 11, 2020 at 08:41 AM.
Page 1 of 2
1 2
Join the Conversation
Add a Comment
Deal Alerts

The Best Streaming Smartphones for Less Than $300

Will Apple's New Streaming Service Bundle Be Worth It?
Copy Code & Open Site More Deals from
Did this coupon
work for you?
Copy
Link Copied to Clipboard