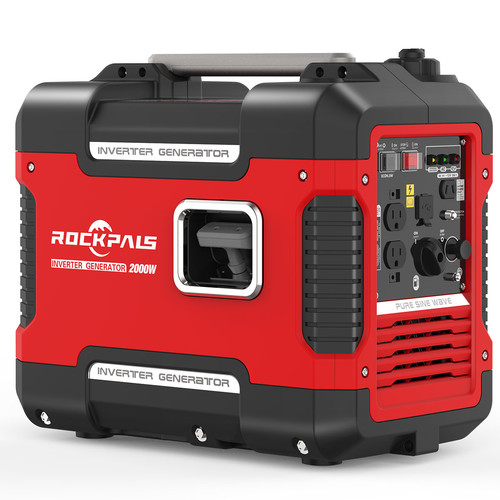 The generator worked well for me. I put in 350 ml of 10W-30 oil and some regular unleaded gasoline (E10). It started on the first pull (after I remembered to switch the fuel supply on). The noise was as expected, not bad at all. I will measure with an app based decibal meter in the future as well. I'm aware of the negative reviews here and on Amazon. I will specifically try to test it to see if it can handle more than 1400 watts continuous once I have the right equipment to verify those numbers. Until then I plan on trying to run a mixture of devices and report back on how things worked out.

If you're looking for more information on this generator and aren't finding much on youtube you can search for the Amico and Adventure Kings branded versions of this generator. They are generally positive and have some testing with RVs and running some household items.

Note that my purchasing experience from Walmart/Gadgetwoo was quite frustrating. The item showed it "shipped" withing 24 hours of my order being placed. However, the purchase was not shipped until more than a week later after much complaining from me to both Walmart and Gadgetwoo. Ultimately I did receive my order but the experience was not a good one. Gadgetwoo is a company that seems to be directly related to Rockpals according to some Google sleuthing I did.

0
0
0
0
Reply
This comment has been rated as unhelpful by Slickdeals users
Joined Oct 2020
New User
2 Posts
10-22-2020 at 03:26 PM #6
I did more testing today using an air fryer that is rated at 1800 watts. The air fryer has three settings, 900w, 1500w, and 1800w. I set the temperature on the air fryer to 400 degrees F, and then tested with each of the wattage settings. The generator ran all three modes with no problems. I also tested with the air fryer on 1800w and in econ mode. It worked. If/when I get a watt meter I will test again and report back with the results.

Lowe's Deal of the Day Is Spacious: $99 Foldaway Work Desks and More