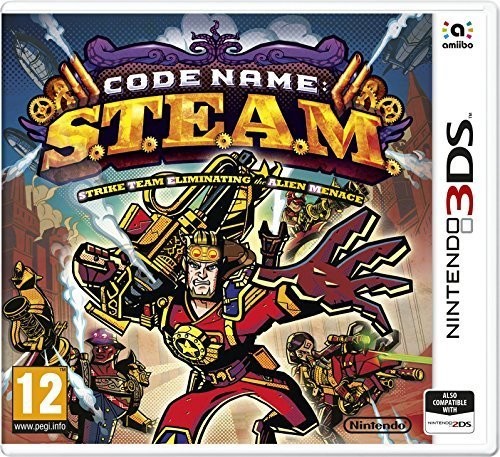 Want more deals like this? Create a deal alert for 3DS.
Add Deal Alert for 3DS

This comment has been rated as unhelpful by Slickdeals users
Joined Apr 2013
L4: Apprentice
318 Posts
128 Reputation
01-17-2021 at 10:20 AM #2
This game is very good. Unfortunately, the launch suffered from QOL game options that were a no-brainer for everyone except for the developers (such as Fast Forward during the enemy's turn). Soon after the launch, devs got to work and pushed an update that brought this game up to the version it should've been an launch, but the initial blow had been taken. At just $1, you should go ahead and try it. Don't forget to update it first, though.

1
Reply
This comment has been rated as unhelpful by Slickdeals users
Joined Nov 2020
L2: Beginner
87 Posts
34 Reputation
01-17-2021 at 11:24 PM #3
This is a pretty decent game for SRPG lovers. $1 is a steel. Plays similarly to Valkyria Chronicles and the older Sakura Wars games.

Looks like a few locations by me have it for $1. Already have the game but might buy a couple to give as gifts if I see them on the shelf.

FYI: If you own the Fire Emblem Amiibo of Marth, Ike, Lucina or Robin and scan them in the game you unlock them as playable characters.

Although you can't really go wrong for $1.

0
Reply
This comment has been rated as unhelpful by Slickdeals users
Joined Jul 2017
L2: Beginner
61 Posts
22 Reputation
01-18-2021 at 10:37 AM #7
Got it, confused the hell out of the employee, and I saw him back at the games doing something with them or checking process.

0
Reply
This comment has been rated as unhelpful by Slickdeals users
Joined Dec 2007
L2: Beginner
27 Posts
10 Reputation
01-19-2021 at 07:01 PM #8
Bought this also at the Britton Parkway in Columbus OH. Probably 5 or so left yesterday when I checked out.