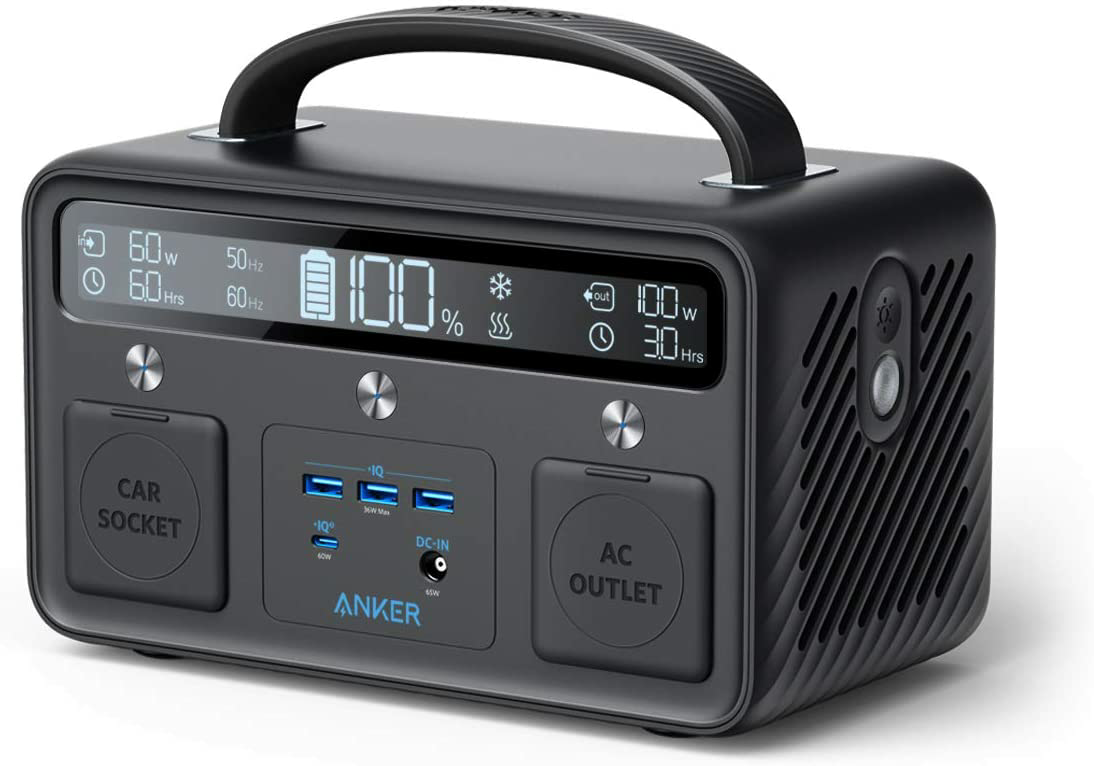 bh805 posted this deal. Say thanks!
Add Comment
Reply
Created 02-26-2021 at 10:42 AM by bh805
in Tech & Electronics
If you purchase something through a post on our site, Slickdeals may get a small share of the sale.
Deal
Score -2
104,158 Views
$299.00
See Deal
Don't have Amazon Prime? Students can get a free 6-Month Amazon Prime trial with free 2-day shipping, unlimited video streaming & more. If you're not a student, there's also a free 1-Month Amazon Prime trial available.

0
Reply
This comment has been rated as unhelpful by Slickdeals users
Joined Nov 2006
L9: Master
4,608 Posts
490 Reputation
03-03-2021 at 06:53 AM #64
I do agree that it's misleading to call them generators, since a lot of people will just assume that they're the gas-powered kind and then be disappointed. They're high-capacity power banks, and pretty cool as such. I could see getting one eventually. But in a traditional sense, they're not generators.

Except colloquially "generator" for the common person is a gas/propane/NG powered engine that *generates* electricity via an alternator.

Walk up to a random person and ask them to define "generator" (in the context of home power, not grid). None will speak of solar panels or batteries.

The Ford F150 hybrid has an available 7.2kw inverter built in [freep.com], including 240V outputs and auto on/off of the engine. Meanwhile, tap into your Tesla directly and they'll void your warranty [electrek.co].

IF you are seriously thinking about larger scale AC backup, you can get a 3/9kW DC/AC inverter for $300-$400 then it's up to you to find the right combo of batteries to power it.

0
Reply
This comment has been rated as unhelpful by Slickdeals users
Joined Jun 2009
L2: Beginner
54 Posts
26 Reputation
03-03-2021 at 10:36 AM #67
I know, right? And instead of buying a cell phone, why not just buy a camera sensor and a touch screen and a battery and a chip and put them in a box. Way cheaper than an iPhone.

Instead of buying a car, just git a great big crate and toss some wheels, metal, plastic, and motor oil in. You'll save thousands.

The reason is because a well designed product is more than the simple sum of its parts. Integration matters and good integration matters greatly. Whether it's worth it to *you* is a matter of your own personal preferences and financial means. Your car battery and inverter doesn't address a huge range of use cases. Like, for example, charging the battery. Connecting to solar panels. Being easily transportable. Being safe for kids to use. Good grief, why did you even suggest that?

This comment has been rated as unhelpful by Slickdeals users
Joined Jun 2009
L2: Beginner
54 Posts
26 Reputation
03-03-2021 at 10:45 AM #68
So the answer is yes, you can do with just DC power. Most #vanlifers try to go this route where possible; you'll usually see advice to keep the inverter turned off unless necessary.

But the reality is that DC appliances are still a niche. If your AA battery charger goes on the fritz while you're on the road and you need to get a replacement from Target, it's going to plug into an AC outlet. If a friend comes to travel with you for a couple days, his laptop will have an AC charging brick. The reality is 98% of stuff out there assumes you're plugging it into a standard AC outlet, so it really makes sense to ensure that option is available to you. But as mentioned, in an ideal world you'll keep the inverter turned off 99% of the time.

I have been interested to see videos of #vanlifers with an AC power strip absolutely laden with wall-warts to charge their cameras, drones, batteries, etc... If I were looking seriously into this, I'd try to get a DC distribution panel set up with the appropriate pigtails for my various devices. You'd probably still need a couple transformers to support different voltages though.

0
Reply
This comment has been rated as unhelpful by Slickdeals users
Joined Oct 2017
L2: Beginner
33 Posts
32 Reputation
03-03-2021 at 10:58 AM #69
Welcome to the ever changing world of language where meanings change from many reasons among the largest reason, ignorance. But, to be fair, as another comment pointed out. The comparison between solar/battery electricity is extremely similar to fuel/engine/electricity. The order change is really the only difference. From the perspective of people with no clear understanding of the mechanisms involved, mixing up terminologies is understandable. This is the price we pay. Clearly, we should not have cut the importance of education in our communities.

0
Reply
This comment has been rated as unhelpful by Slickdeals users
Joined Nov 2006
L9: Master
4,608 Posts
490 Reputation
03-03-2021 at 05:10 PM #70
I agree. It makes sense to have some AC capability for such situations. Plus after some time living in a fully equipped van, people are going to develop a routine and realize that some things they thought would go a certain way aren't working out. Like, say, using the propane stove to boil water every time you make coffee or tea. That can get old, I imagine, day in and day out, several times a day, and eventually you break down and get an electric hot pot. Or popcorn popper. Or small microwave. Which can be DC, of course, but it might be simpler to go with AC. So there are going to be exceptions when you want or even have to use AC. The idea is to keep it to a workable minimum, to save battery power.

And agreed about how bizarre it is to see van campers have so many things connected to AC, when most of them are internally DC and would be far more energy-efficient if things were kept DC from battery to device. The same people often complain that power is often tight and they have to be careful about not using too much. Well, jeez, switch to all-DC and problem solved, people, duh! You've already spent tens of thousands on the van and build-out. What's a few hundred more? Keep the original AC adapters in storage but replace them with DC ones.

I think that one of the things that van campers are effectively doing is prototyping how most people might live in the future, in smaller homes run mostly on renewable energy they generate at home, using energy-efficient and mostly DC devices, and driving more energy-efficient vehicles. I can't imagine myself living in even the nicest van for years, but a few months to a year or two might be worth trying out someday. Seems like fun, especially if you don't need a lot of stuff or space, which I don't. Only thing I'd probably miss is being able to garden.

0
Reply
This comment has been rated as unhelpful by Slickdeals users
Joined Nov 2006
L9: Master
4,608 Posts
490 Reputation
03-03-2021 at 05:14 PM #71
I was once going to get a more fuel-efficient and organic horse to replace my gas-guzzler but it became too much of a pain to fit him into my apartment building's elevator and put him up for the night. Plus as you can imagine it got quite messy and smelly and he was always farting and neighing.

0
Reply
This comment has been rated as unhelpful by Slickdeals users
Joined Dec 2011
L2: Beginner
29 Posts
25 Reputation
03-04-2021 at 05:47 AM #72
I think people are picking knits with the name 'generator'. For the average person... no one really cares if it generates power, or simply has it stored and it provides it to you when needed.

More examples:
Milk - a fluid secreted by the mammary glands of females for the nourishment of their young (this was ALWAYS the definition). The textbook definition has been modified to include things like nut milk, and the like. (yes, I said nut milk, and I am ticked off that I used the term). By its true definition - almond milk and soy milk can't exist!

Bacon - a side of a pig cured and smoked (original long time definition). Using this, there is no such thing as turkey bacon. But the definition has been modified to include similar cuts of meat from other animals.

So, the world is changing... and it's awful. "Generator" looks likely to take on a modified meaning. Again, the average person probably wont care... they won't consider the fact that a 'generator' is truly something that 'generates'.

Amazon Sidewalk is Using Your Wi-Fi to Build Smart Neighborhoods

We Found the Best Discounts for Every Beats Headphones Style
Copy Code & Open Site More Deals from
Did this coupon
work for you?
Copy
Link Copied to Clipboard