Note, be sure to select the "HDX" format from the drop down menu. 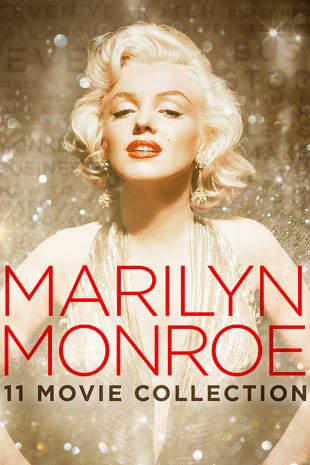 jesse1623 posted this deal. Say thanks!
Add Comment
Reply
in Digital Movie Download & Streaming (5) Get VUDU Coupons
If you purchase something through a post on our site, Slickdeals may get a small share of the sale.

1
Reply
This comment has been rated as unhelpful by Slickdeals users
Joined Oct 2017
L2: Beginner
43 Posts
14 Reputation
04-06-2021 at 05:42 PM #3
Seven year itch and gentlemen prefer blondes are classics. Have seen both several times

0
Reply
This comment has been rated as unhelpful by Slickdeals users
Joined Aug 2020
L2: Beginner
59 Posts
22 Reputation
04-06-2021 at 09:05 PM #6
Oddly enough, I got the Movies Anywhere bonus film for free with this (as per the other Slickdeals deal). I had browsed that other deal, but didn't bite. Then saw this, purchased it and got an email immediately with a redemption code. Sadly the free movies weren't really that good (already had Taken 2), so I got Oklahoma, an absolute snoozer of a musical with virtually no plot to build a film on, but the wife likes it.
All About Eve is hands down a Hollywood icon of a film. Yes, Monroe is barely in it at all, but it a top 50 or 100 all-time film.
Monkey Business, in my opinion, is a very good film with Cary Grant and Ginger Rogers. And a little bit more Monroe.

Add in the classics of Gentlemen Prefer Blondes, Seven Year Itch, How to Marry a Millionaire... in HD and you are at $7 an HD classic film, so a deal. The inclusion of All About Eve and Monkey Business makes this hard to ignore.