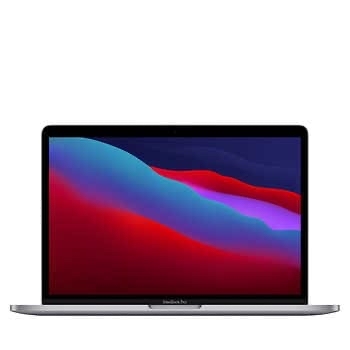 rampen posted this deal. Say thanks!
Add Comment
Reply
in Computers (9) Get Costco Wholesale Coupons
If you purchase something through a post on our site, Slickdeals may get a small share of the sale.

There are rumors for a higher powered Apple Silicon chip which may find its way into the larger Macbook Pro and Imac models, but neither has that been confirmed nor the timing of those devices. (Maybe summer, more than likely - fall timeframe)

oh man... what happened to the good old days? Back when I ordered my last Macbook from Amazon, they didn't charge sales tax to my state.

5
Reply
This comment has been rated as unhelpful by Slickdeals users
Joined Jul 2013
L3: Novice
244 Posts
21 Reputation
Our community has rated this post as helpful. If you agree, why not thank ?
04-19-2021 at 09:54 AM #6
Waiting for the day these MacBooks start coming with 16GB RAM standard for base models

0
Reply
This comment has been rated as unhelpful by Slickdeals users
Joined Jul 2018
L3: Novice
298 Posts
74 Reputation
04-19-2021 at 10:37 AM #8
While I'll generally agree with both of you for long term use (5+ years), Mac OS 11 isn't windows and the ARM architecture for M1 uses a hybrid HBM design. Memory management is significantly different and I haven't seen the OS swap once since taking delivery of a base MBA a couple weeks ago (paid $900 + tax).

I was able to get a little under 10 years out of my late 2011 MBP (still works) with an aftermarket 8GB memory upgrade in 2013. Computer finally started bogging down around 2018, but I believe this is more or less due to the dual core Sandybridge i5 showing its age with modern programs and browsers...but still... a much better experience than an up to date windows or linux distro with the same level of hardware.

My new MBA M1 uses more memory resources (1GB~ higher) than my old MBP on high sierra, but the older intel based system with same 8 GB spec would swap a lot more funny enough. Not really apples to oranges, but I can see 16GB being valid for rendering work and long term 5+ year use cases.

I only went with the base model because I've never been let down from a value aspect (granted I was able to actually upgrade my last PC). I'm fairly confident we've hit a bubble in terms of hardware manufacturers stagnating progression.

If the NVME was swappable (strongly think it should be), I would have spent the extra $200 on a 16GB memory upgrade I think. Wouldn't have to worry bout SSD write/read cycles long term.