Tony655
+16 Deal Score
12,147 Views
Humble bundle [humblebundle.com] is offeringhumble choice May bundle. You can pay $12 and get the following 13 games:You will also get a DRM free game for free (not able to redeem on steam)
SUMMERTIME MADNESS [steampowered.com] (NOT THE DEMO) 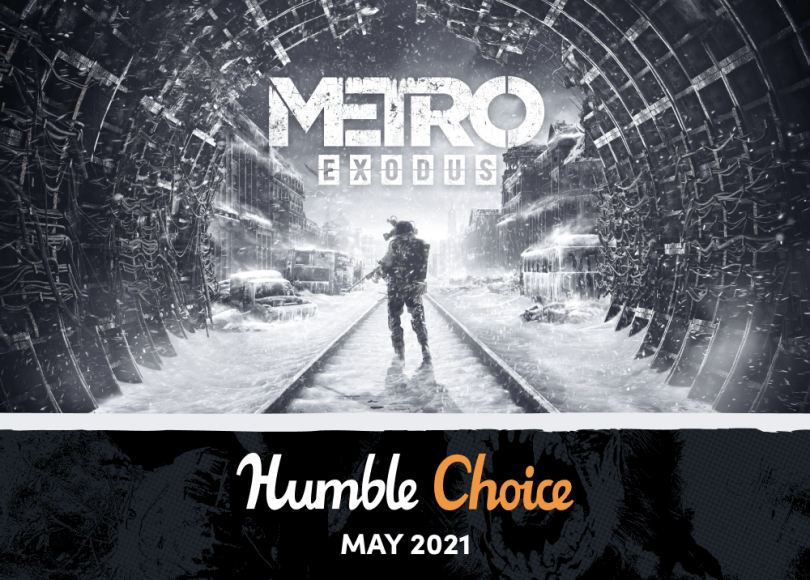 0
Reply
This comment has been rated as unhelpful by Slickdeals users
Joined Dec 2016
L2: Beginner
81 Posts
30 Reputation
04-28-2021 at 06:37 AM #6
The developers have stated that "this upgrade is so extensive, it will require a Ray Tracing capable GPU as the minimum spec, and we will need to deliver this version as a separate product – it is not a simple 'patch' to the base game – instead it will be offered as an extra entitlement to all existing Metro Exodus PC players."

Okay folks. Lets start taking bets. Are we getting this free extra entitlement or is Humble going to build a special edition that doesn't come with it.

Some weeks ago, in a shady move, Humble Bundle silently removed the ability for customers to define the breakdown of their payments to charity -- a key aspect of Humble Bundle since its inception. Since that time, they refused to explain to customers why their sliders weren't appearing, and investigation by some users, who reenabled the sliders client-side, showed they were also being ignored server-side even if reenabled, such that for a $14 donation only a pathetic $0.72 was going to be split in half between two charities.

Humble Bundle has now finally admitted what everyone feared -- that they're formally and significantly reducing the amount of the purchase value that can go to charity, from a default value of 5% to a maximum of 15%. Given it was previously possible to contribute as much as 100% to charity, this is a significant reduction in the amount that Humble Bundle will allow to go to charity going forward, changing it from a humble effort to do good, to a cynical for-profit cash grab off the backs of the reputation of the charities whose names they use.

0
Reply
This comment has been rated as unhelpful by Slickdeals users
Joined Aug 2007
The Belligerent One!
993 Posts
252 Reputation
04-28-2021 at 02:57 PM #8
While it's a change, I disagree with the typical entitled socialist spin the /.er editorialized about it being a "cynical for-profit cash grab." Kids these days are so indoctrinated to believe anyone making a profit is a robber baron that they spew nonsense like this as if everyone is obligated to supply their products to them for free or else they're greedy farging bastages.

When I used to buy their bundles, I would usually adjust the sliders to split 2/3 charity and 1/3 devs with ~5-10% to Humble. I'm sure some went 100% charity which is nice for the charity, but means the developer/publisher got nothing. It's not unreasonable to presume that Humble was having trouble getting quality offerings because publishers may have ended up with little for their participation. When people are already only paying $25 or $30 for top tiers of software that sells for multiples of that price individually, if they shunt all of that money to charity, what's the point for the publisher to supply their wares for sale?

While the Bolshevik Babies type "Death to capitalism!" on their $1000 iPhones while wearing $180 Nikes, $100 blue jeans, $50 t-shirts, sipping a $5 coffee (and desperately needing a dietary supplement for their irony-deficiency), they proclaim that they will not patronize an e-store which limits the charitable donations to 15% and will instead deal solely with all the competitors who donate.....[checks notes]......ZERO PERCENT of the sale price to charities. to show those greedhounds at Humble who's boss.

My problem is that I have Xbox GamePass Ultimate, PlayStation+, and Humble Choice (converted from Humble Monthly which I had for a couple of years) and there simply isn't time to play all of them (or barely any of them). In the 18 months I've had Humble Choice, I've only taken the games three times and once was by accident because I wasn't paused when I thought I had. I think I only installed one of the Humble Monthly games in two years of that service. I'm going to pause Choice this month because I've still got Metro 2049 and Last Light in the backlog mountain.

GamePass Ultimate is the killer service, especially after M$ bought Bethesda and teamed up with EA. For the price of three new games a year, you get so much. The last game I've bought from a store was Cyberpunk 2077 and that was over two years after the previous game I'd bought.

This comment has been rated as unhelpful by Slickdeals users
Joined Jul 2004
Big D
161 Posts
51 Reputation
Our community has rated this post as helpful. If you agree, why not thank ?
04-28-2021 at 03:11 PM #9
They clearly state "This update is so extensive, it couldn't be delivered as a patch and will be available for free to all Metro Exodus owners for free as a separate entitlement." They are saying ALL Metro Exodus owners will get it for free. Your idea that 4A Games is going to spend time and money to build a special edition only for Humble Bundle and only to prevent Metro Exodus PC players from getting the entitlement doesn't seem to be justified especially considering they specifically say ALL Metro Exodus owners will get it for free.

0
Reply
This comment has been rated as unhelpful by Slickdeals users
Joined Sep 2007
L8: Grand Teacher
3,201 Posts
421 Reputation
04-29-2021 at 12:38 PM #10
In the past I have often waited until the last Thursday of the month to make my decision on the Humble monthly bundle with the Classic plan. In April 2021, it auto-charged 3 days early on the last Tuesday of the month. I saw no emails or announcements of this change. Humble's FAQ says this:

Am I right that on 2/23/2021 Humble started calling the Monthly plan the Choice plan and moved the deadline from the last Friday to the last Tuesday which also affects the Classic Plan?

The only explanation I can think is I must have paused the March 2021 bundle early which is why I didn't know about this change until 4/27/2021 when I got caught unaware before I could pause the bundle.

My real question is this: Did Humble clearly announce this change from Friday to Tuesday in any emails or was it kept secret or buried in a link among a bunch of fine print which some people never saw? I'm wondering if it's my fault for not reading an email or Humble schemed to hide this info hoping they would catch some procrastinaters unaware?
I totally agree. Humble usually gives the lowest/cheapest version of any game probably because companies sell those keys cheaper hoping buyers will pay for separate DLC.

0
Reply
This comment has been rated as unhelpful by Slickdeals users
Joined Jan 2013
L5: Journeyman
791 Posts
463 Reputation
05-04-2021 at 03:40 PM #12
May Choice introduces Metro Exodus at its lowest price ever - and just in time for the launch of the PC Enhanced Edition, which will automatically update on May 6th!

Standard edition copy, which entitles you to an "enhanced edition" copy once it's available on May 6th.