Thanks to community member Suryasis for finding this deal. 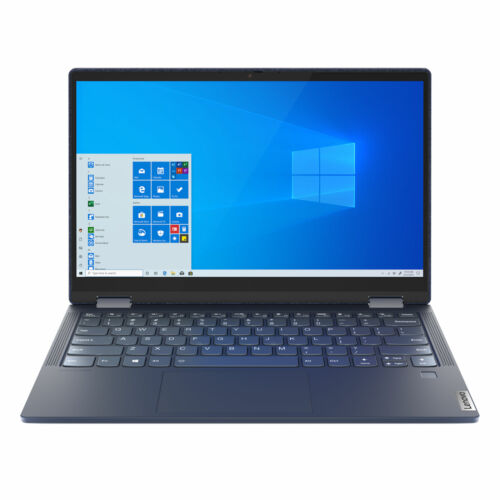 Intel has been soundly (as in it's not even close) beaten by AMD in the desktop and mobile space (including integrated graphics) this entire cpu generation.
Are you trolling here or really have zero knowledge about hardware?
Better build quality, and most importantly the screen on this covers 100% of sRGB (or close to it). Crucial if you plan to do graphics or photo/video work on it. I did photo editing on a "regular" laptop long ago before I learned about color spaces. And I ended up making the colors way too over-saturated, because the laptop had a 60% sRGB screen. I bumped up the saturation to make the colors look better on the laptop, but unknowingly made them look terrible everywhere else (desktop monitors and TVs target 100% sRGB).


AMD is manufactured on TSMC's 7nm process, which is about 115 million transistors / mm^2.

Intel's 11th gen mobile processors are manufactured on Intel's 10nm process, which is about 100 million transistors / mm^2. So they're pretty competitive. Intel has the edge on single core instructions per clock, AMD has the edge on multi-core performance because they manage to pack in 6-8 cores vs Intel's 2-4 cores.

Intel's 11th gen desktop processors are still manufactured on Intel's 14nm process, which is about 37.5 million transistors / mm^2. They're having problems managing heat in their 10nm process, which is why they can't pack in more cores on their mobile processors. On their desktop, just the higher clock frequencies made their 10nm non-viable, and they had to fall back to manufacturing on 14nm. That puts them at a huge disadvantage against AMD.

And if you're curious, Apple's M1 is manufactured on TSMC's 5nm process (they bought out TSMC's entire 5nm capacity in 2020), which is about 175 million transistors / mm^2. So the architectures are probably all similar, and the performance differences we're seeing are mostly because of the different manufacturing processes. All the Intel, AMD, and Apple fanbois can go home - it's the manufacturing process which makes the biggest difference.


The dirty little secret of the laptop industry is that none of the big brand names actually make their own laptops. This includes Lenovo, Dell, HP, Asus, Acer, Apple, etc. They're all designed and made by Taiwanese companies called ODMs. Original Design Manufacturer - like an OEM except they also design the product. The brand name just slaps their label on it before selling it to you.

Most of the brands use multiple ODMs. So it's pointless to blacklist or whitelist a brand - there's almost no correlation between brand name and quality. A Lenovo model may actually have more in common with a Dell model (made by the same ODM) than with another Lenovo model (made by a different ODM). If you're curious, Apple's Macbooks are made by Quanta. But Quanta also makes laptops for all the other major brands, including Lenovo. All that fuss about Macbooks being better quality and having magical unicorn dust inside, is just marketing and selectively comparing your good model against someone else's bad model.

I'm pretty sure the Thinkpads are designed and built in-house though. When Lenovo bought the Thinkpad line from IBM, they also bought the building and employees in North Carolina where they were designed. And last I checked, Lenovo still owns that building.

Edit: And actually, the configuration I'd been tracking only had a 512GB SSD, so this is an even better deal if you have use for the extra storage.

26
Reply
This comment has been rated as unhelpful by Slickdeals users
Joined Apr 2008
L4: Apprentice
371 Posts
84 Reputation
05-03-2021 at 07:16 PM #15
Intel has been soundly (as in it's not even close) beaten by AMD in the desktop and mobile space (including integrated graphics) this entire cpu generation.

eBay 5% Back in eBay Bucks YMMV

Review: Razer's Orochi V2 Helps You Game Between Zoom Meetings at the Coffee Shop
Copy Code & Open Site More Deals from
Did this coupon
work for you?
Copy
Link Copied to Clipboard