trekkie963
+14 Deal Score
17,404 Views
I've been looking for a good deal on a decent mirrorless camera but missed the recent Nikon sale. Many people have recommended the Sony A7 series of cameras and this version from around 2015 seems to have just gone on sale for about $600 cheaper than usual. 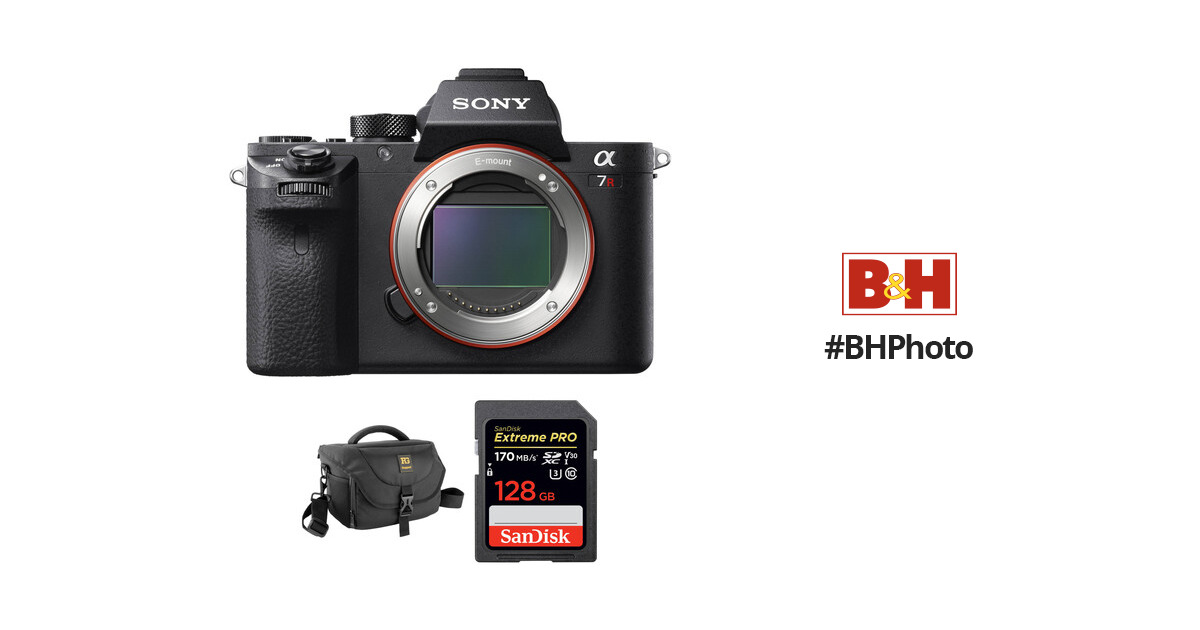 See Deal
Good deal?
You gave thanks to trekkie963 for this post.
Thank you!

0
Reply
This comment has been rated as unhelpful by Slickdeals users
Joined Dec 2014
Fiction-phobe
5,715 Posts
1,468 Reputation
07-07-2021 at 09:06 PM #77
Matt hasn't been "That Nikon Guy" for many years.... and you need to stay current with firmware updates or you might look like the other folks that quote Tony and Chelsea Z6 review from 3 years ago and look like a fool with outdated information.

Look at most reviews, they praise the Viltrox. The rando's on Amazon who say it failed didn't update their firmware because they are idiots. Pro-tip, don't believe idiots.

As for why I bought the Viltrox if I praise Z glass because, this is Slick Deals and I'm not a pro. 95% performance for half the cost is a slick deal. F glass is still needed or do you have a link a 150-600mm Z-mount lens?

3
Reply
This comment has been rated as unhelpful by Slickdeals users
Joined Jul 2019
L6: Expert
1,165 Posts
99 Reputation
07-08-2021 at 12:17 AM #80
Nikon isn't going anywhere over the lifetime/warranty period of these cameras. What exactly is your concern with their market share?

0
Reply
This comment has been rated as unhelpful by Slickdeals users
Joined Jul 2018
New User
9 Posts
10 Reputation
07-08-2021 at 11:45 AM #81
I've been using this camera for years. Total game changer from an entry level, crop sensor that I previously had. Keep in mind that full frame lenses cost much more than crop. The battery life on this model isn't great, and doubles starting with the A7iii line forward. Image quality, resolution, and dynamic range are insane with camera.


And btw you want a hex tool - not a thumb screw - or you will not get enough torque to keep it secure on a tripod, or capture clip etc.

0
Reply
This comment has been rated as unhelpful by Slickdeals users
Joined Jul 2019
L6: Expert
1,165 Posts
99 Reputation
07-08-2021 at 03:24 PM #84
Not a bad solution, might work for some, but not great either. Not only does that mean my tripod won't fold up easily and won't go into it's case, it also means there's no weather sealing at all with the USB compartment open. Plus the added weight and bulk of the power bank, clamp to attach to the tripod, and cord. I'd rather get a battery grip. Then it's not limited to the tripod (not carrying the body with the power bank off the side.).

Or better yet just have a battery that lasts twice as long and be able to swap it normally lol.

Since we are back on the subject. Earlier, you stated
1) The Sigma 24-70mm F2.8 for E-mount is no good, because of its "Astounding Distortion"
2) That Nikon's Z zoom lenses are better than Canon RF zoom lenses.

Here is a nice excerpt from photographylife.com
The lens certainly has quite a bit of barrel distortion at 24mm, which is unfortunate....the Nikon Z 24-70mm f/2.8 S has significantly more distortion at longer focal lengths in comparison. As you zoom in towards 35mm, the lens switches to slight pincushion distortion, and by 70mm it reaches close to 3%, which is a bit high. - Basically distortion at every focal length

Here is KenRockwell, he measured 4.5% distortion
The Nikon Z 24-70mm f/2.8 has a lot of distortion, and it all goes away if you turn Distortion Correction ON in your camera.

0
Reply
This comment has been rated as unhelpful by Slickdeals users
Joined Jul 2019
L6: Expert
1,165 Posts
99 Reputation
07-08-2021 at 04:27 PM #88
A few things, first off, I didn't say the sigma was terrible for a zoom lens. It's not. Its just that no 24-70 is going to be very sharp by definition (nor is it terribly capable in low light with 2.8 aperture). So you're going with a 'meh' lens and a 'meh' body so that you can get a sensor with lots of resolution and low light performance cheaply - but you actually aren't getting that much more resolution with that lens versus an a7iii with a prime (and you're getting worse low light performance). You're getting more convenience with the zoom, for sure. But you didn't say that's your reason.

Second, the sigma has 3.8% barrel distortion at 24mm - more than the nikon Z at any level. That isn't a HUGE deal because it can be corrected - but keep in mind you'll lose part of the image when you do that (which brings the 24mm to closer to 26mm), and its softer optically due to the correction as well. Third, the sigma has (what I would call) fairly pronounced Longitudinal chromatic aberration - which cannot be removed in post processing. ( https://www.opticallimits.com/ima...ca_f28.jpg or https://media.the-digital-picture...n/50mm.jpg )

Forth, I think a lot of this stems from your apparent nervousness to buy and sell camera equipment. Lenses hold their value VERY well. You are only out maybe 30% of the cost once you resell the lens (much less if you buy used to begin with). Is the Z mount lens more money? Yeah, it is. But its not that much when you consider you will recoup most of it when reselling. And like I said, you can get GREAT lenses cheaply if you use legacy lenses. For instance, take a look at this GREAT tamron zoom: https://www.amazon.com/Tamron-35-...6581840619 . You can find those used for ~$500. And it will AF just fine with an adapter. If you wanted a cheap zoom to compete with the sigma - there it is (they have a wider version too).

Fifth, even if you want to go with the sigma, I still wouldn't go with the a7rii body. If you want to go with sony, either go for the A7Riii, or wait a few months (maybe less?) for the a7iv to come out, and buy the a7iii on sale or used when everyone goes to dump theirs. I bought my a7riii when rumors of the a7riv started to leak, and it literally sells used today for the same price I purchased it. My lenses have lost maybe another 300-400$ because I bought them used too. In other words, I have ~$3500 of stuff sitting here next to me, but my actual cost if I resold today is only ~$350?

If you treat your stuff nicely, you really don't need to be such a penny pincher. Think of it as a loan.

Edit:
I do find it ironic that the review you quoted literally ends with: "The Nikon Z 24-70mm f/2.8 S is alone a good enough of a reason to get into the Nikon Z ecosystem. That's all we have to say about this marvel…"

Do you think companies like Pentax and Olympus can pump out bleeding edge tech on a consistent basis that is not gonna cost a liver?

I have a d2x. Do you know how much that camera was at launch. Do you know what tech Nikon was pumping out back then. The stuff they are doing now is non competitive. The last great camera was the D850. Nikon is slipping and the numbers show it.

0
Reply
This comment has been rated as unhelpful by Slickdeals users
Joined Oct 2011
L10: Grand Master
9,542 Posts
07-09-2021 at 07:40 AM #90
Been shooting professionally on/off for 25 year and yes, well aware of gear costs. You say "The stuff they are doing now is non competitive" and that's complete nonsense. Apparently you have not attended any recent professional sporting events or wildlife shoots as Nikon has a huge presence and will continue. You appear to be the person who thinks the latest body release is needed to make you a better photographer. Nope, it doesn't work that way. Nikon has a new body D870 set to be released as is their latest Z body.

Why This Game Changing Action Camera Has Everyone Talking