Slickdeals Forums Deal Talk Subway Buy 1 Footlong Get 1 Free
Advanced Search
Sorry, this deal has expired. Get notified of deals like this in the future. Add Deal Alert for this Item
Frontpage Deal

AttackOnTitan
+505 Deal Score
259,098 Views
Subway.com [Store Locator] is offering Buy One Footlong Sub, Get One Footlong Sub Free when you add a Quantity of 2 subs to your cart and apply promo code FREEFOOTLONG for ordering online or via the Subway Mobile App (iOS or Android).

Thanks to community member AttackOnTitan for finding this deal.

Note: Discount applies to sub of equal or lesser value. Individual store participation may vary. Not valid for delivery. 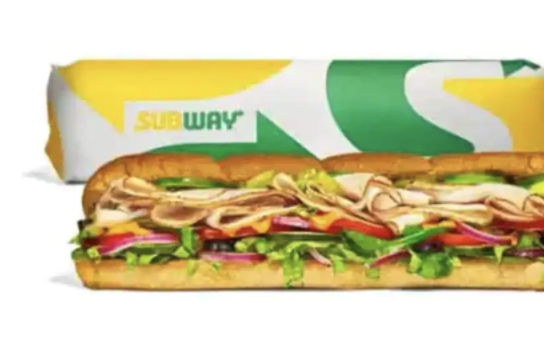 AttackOnTitan posted this deal. Say thanks!

Subway has their B1G1 footlong promo going on again with promo code FREEFOOTLONG. Valid until 9/3/21

Add Comment
Reply
in Fast Food (5) Get Subway Coupons
If you purchase something through a post on our site, Slickdeals may get a small share of the sale.

I'm pretty sure that's not actually how it works, and you have to pay Subway to start a new franchise and can't just sell it off to whomever you please. The actual franchise fee is something like $15k, the rest is setting up an actual restaurant to their satisfaction and training and hiring staff. Subway's website estimates the cost to be somewhere between $116k-263k (the latter being more likely if it will cost a ton to acquire property and if labor costs are higher for the buildout). If it's a more expensive area or you're trying to acquire space in a mall or something, that makes it more likely you'll make more money there. (i.e.- it's easier to sell $7 sandwiches where the houses are $500k than where they are $150k, and especially easier in a mall).

Look, if you don't like the Subway business model, don't use it. Go open Shrimpmoney's Sandwich Shop. Nobody is forcing you to buy a franchise. But these people want Subway's advertising and global footprint to make their life easier, and along with that is following their rules and guidelines when it comes to how they do things, including pricing.

At the end of the day, I happen to think a passive income stream in the $40k annual range from a <$200k expenditure in most places is pretty damn high. Where else can you get that? A $200k house wouldn't rent for $3,300 per month, and that would be way less risk (you actually CAN sell the house!). If you want more, fine, build your business from the ground up and make as much money as you damn well please. But you don't get to take Subway's head start and then screw their customers so you can fatten your wallet. That's not how it works when you buy a franchise. You don't "own" the business. You own the right to follow their rules and make a little money, that's all.

The Big Restaurant Secret That Is Costing You

Who's Winning The Chicken Sandwich War?