Slickdeals Forums Deal Talk Tamron 70-210mm f/4 Di VC (Canon or Nikon) $379
Advanced Search
Sorry, this deal has expired. Get notified of deals like this in the future. Add Deal Alert for this Item
Popular Deal 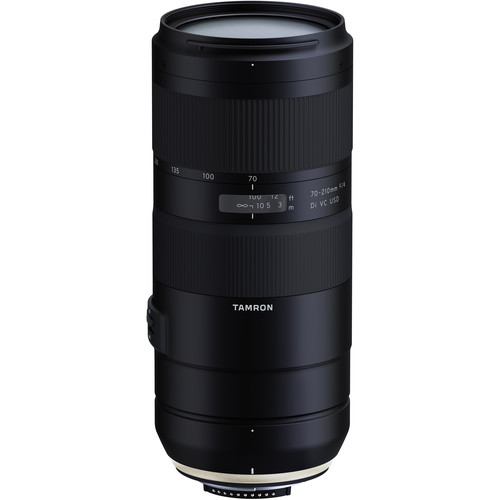 See Deal
Good deal?
You gave thanks to QisDenseInR for this post.
Thank you!

QisDenseInR posted this deal. Say thanks!
Add Comment
Reply
in Camera Lenses (3)
If you purchase something through a post on our site, Slickdeals may get a small share of the sale.

0
Reply
This comment has been rated as unhelpful by Slickdeals users
Joined Dec 2014
L2: Beginner
38 Posts
12 Reputation
08-23-2021 at 10:59 AM #6
I have the Canon version of this lens, its pretty good but mine wasn't well focused out of the box, had to buy the Tap-in-Console to make manual adjustments. Was kind of a pain to be honest, but if you get one that is well focused for your camera body out of the box its a very good lens, especially at this price, I paid $409 for mine.

3
Reply
This comment has been rated as unhelpful by Slickdeals users
Joined Dec 2014
L2: Beginner
38 Posts
12 Reputation
Our community has rated this post as helpful. If you agree, why not thank ?
08-23-2021 at 11:05 AM #8
Oh also for any potential Canon buyers, just know that the focusing rings rotate the opposite direction of Canon made lenses, Nikon users won't have a problem since Nikon made lenses rotate the same direction as the Tamron.

I got a Nikon 70-300 AF-P DX factory refurb for $130, and it's amazingly sharp and fast focusing. The FX version is even better. The Tamron 100-400 has less competition and is still going for MSRP.

Nikon's own 70-200 f/4 is also getting a lot cheaper especially used so tough competition in this space.

The main cost advantage that Canon had/s over Sony (probably the main mirrorless competition) was their backlog of inexpensive ef/ef-s lenses that could be easily picked up used.

With the speed that they're releasing rf lenses, though, they're quickly creating a new lens mount ecosystem that is RF only, and RF lenses don't have that cost advantage anymore.

Amateurs and prosumers (and probably 1D shooters even less) are what will keep the ef/ef-s lens system supported for at least a little while, because mirrorless isn't a big jump in image quality or anything, and dollars are dollars.