Slickdeals Forums Deal Talk Tales of Arise (PC Digital Download) $47.05
Advanced Search
Sorry, this deal has expired. Get notified of deals like this in the future. Add Deal Alert for this Item
Frontpage Deal

LovelyCheetah
+17 Deal Score
15,564 Views
Games Federation via Eneba has Tales of Arise (PC Digital Download) on sale for for $47.07 when you follow the instructions listed below.

Thanks to Slickdeals Staff Member LovelyCheetah for posting this deal.Instructions:Game Description: 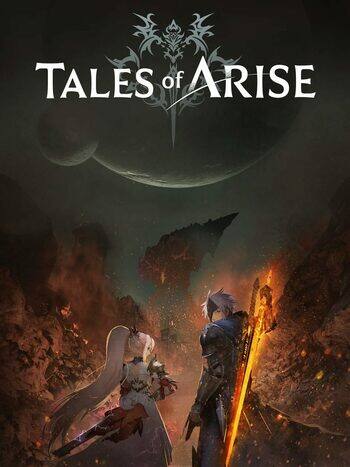 LovelyCheetah posted this deal. Say thanks!

Follow the instructions below to get the discounted price of $47.99

Service fees apply. Use the indicated discount codes to reach the following prices (after coupon and service fees).
1. Click "Buy Now"
2. Go to cart
3. Apply discount code: TALESPROMO
4. Select payment method PayPal or Credit Card (Service fees will be applied here)
5. Proceed to checkout with end-price of $47.99
*Price is subject to change by a few cents due to currency exchange rate volatility

Add Comment
Reply
in Digital Game Downloads (6) Get Eneba Coupons
If you purchase something through a post on our site, Slickdeals may get a small share of the sale.

This comment has been rated as unhelpful by Slickdeals users
Joined Aug 2018
L2: Beginner
25 Posts
26 Reputation
09-11-2021 at 07:37 PM #16
Does anyone know which version you need to buy so you don't get locked out of certain abilities? From what I heard, some abilities get locked without some of the DLC

5
Reply
This comment has been rated as unhelpful by Slickdeals users
Joined Apr 2013
L6: Expert
1,608 Posts
383 Reputation
09-12-2021 at 04:59 AM #19
Im playing it now. I preordered it at full price and consider it worth the price. I bought Berseria, Zestria, and Vesperia at very low prices but for once I want to support the developer as well as Ufotable.
Was not sure if it would be good so I bought on Steam for the 2 hours refund window. IMO its worth the full price given the amount of Japanese voiceover and animation. Im actually practicing Japanese while playing. Surprised it is not as hard as some complained so the dlcs are really optional.

0
Reply
This comment has been rated as unhelpful by Slickdeals users
Joined Jun 2019
L3: Novice
175 Posts
51 Reputation
09-14-2021 at 05:41 PM #21
Do you need to play the other Tales games to understand what's going on? I've only played Tales of Phantasia, and I've been thinking about picking this up

0
Reply
This comment has been rated as unhelpful by Slickdeals users
Joined Apr 2010
L3: Novice
141 Posts
64 Reputation
09-14-2021 at 05:53 PM #22
They're (generally) independent stories. Only a few of the games are direct sequels where knowing the first is recommended.

Purchased a pair of Alien: Fireteam Elite global keys. Go to claim them with a friend and we are met with a message that they are region locked keys. Double check order, listed as global. Waited four days with no response from customer service before posting a complaint through the link they provided on the transaction receipt to a third party review website. Within 15 minutes of posting the complaint for the world to see I was suddenly the most important person and they were getting to the bottom of it. Took an extra 5 days before my money was returned.

Eneba is great until you have a problem and then you get to see the issues.

The story could be considered cliché about one race enslaving another and the uprising.

The dialogue is all over the place. The skit cut scenes usually don't mesh with the emotional tempo of the story. It's pretty usual that you'll have a story part where the two main chars have a nice friendly moment and as soon as that is over you'll get prompted to view a cut scene and they are screaming bloody murder at each other arguing. This happens ALL THE TIME at least through the first two cities.

The biggest gripe is that they've paywalled skills and abilities behind costume DLC. There's also DLC for money, items, and even level ups but it's all optional to buy.

Be warned that any type of the DLC will trivialize the game even on hard.