Thanks to community member cnlson for finding this deal. 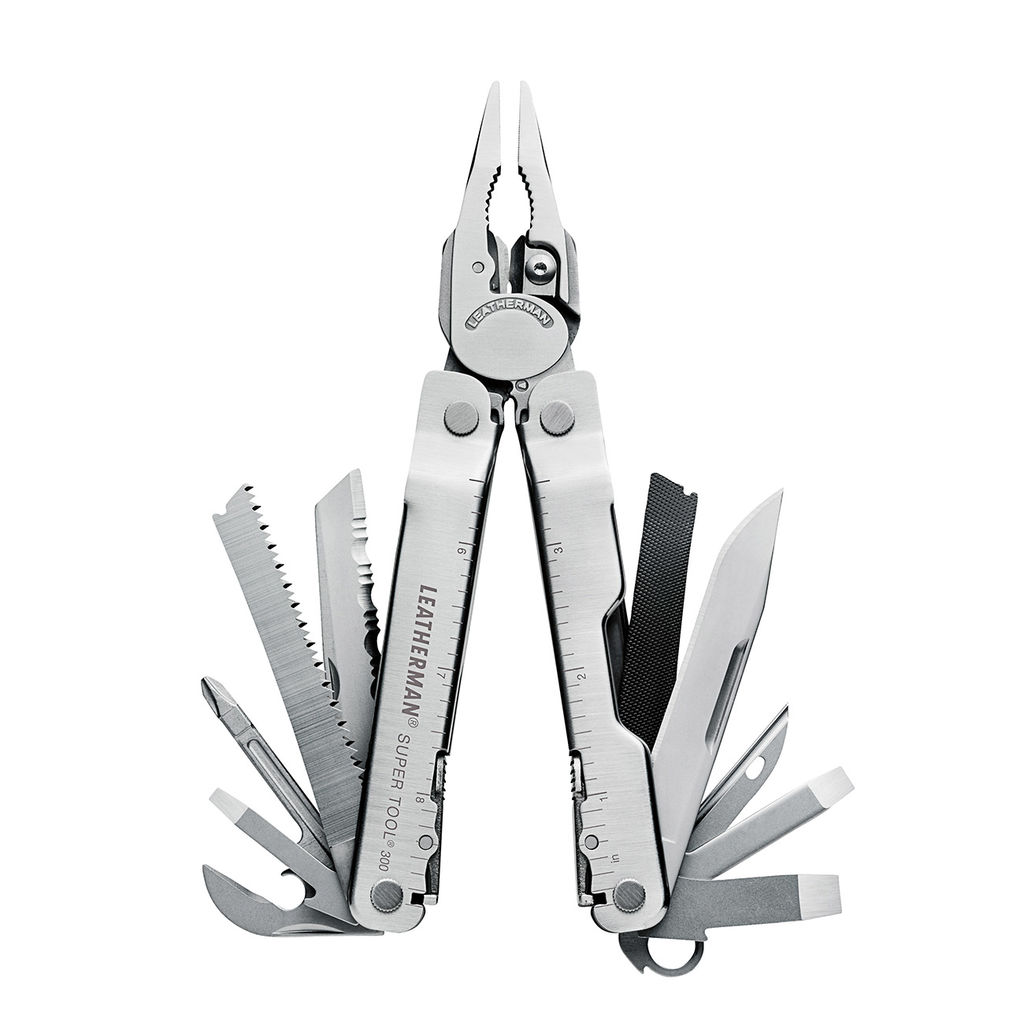 cnlson posted this deal. Say thanks!

Written by Edited September 17, 2021 at 10:27 PM by
This site had a deal for a keychain tool I already have so I decided to check if any of the other Leatherman tools they carried were on sale and found this

300 supertool with leather case, might be a box rather than a clamshell so nicer for wrapping.

The supertool is the king of the leatherman original line. These tools house all the tools inside and have no outside accessible tools.

It comes with normal price at all the usual suspects is $90 so not quite half price.

this falls in the rebar, blast, kick, pst range of tools. it has most of what a wave has and some things the wave does not. It is designed to be a work tool more than a hobbiest tool.
super skookum as they say. I think when I got mine i paid $52 so this is likely an alltime low price for the ST300.

they also have the leatheman crunch for $93 which is about $20 less than everyplace that still has it. Not sure if the crunch is gone for good or gone for now. but if you want one...

generally if Ainsworth the ad would have said that, it's just plain jane w/ Leather Sheath

speaking of douchy names.. what about that poopyface guy?

Buy you guys a beer? we should have a support group.
as i said many times as a youth, I'll show you mine if you show me yours
https://i.imgur.com/d3FHTvfl.jpg

so we are putting together little group where we can get together and talk about surrendering to a higher power. and then we spend the rest of the time bragging about all the multitools we have. see above.

to be sitting in a drawer when you need it?


so many questions, so so many.

check your rear view, i think you might be in reverse. your work got taken to the cleaners

I got my first Leatherman PST in 1990 to go to war with, on the other hand:

glad you asked.. So the charge sit's atop the second tier of leatherman, The outside opening tool tier, This group of tools have 2 or 4 outside accessible tools, common tools are a pliers, wirecutter, plain edge knife, serrated, saw, file, can opener/bottle opener/wire stripper, phillips and flat screwdrivers, eyeglass screwdriver and bit driver in the charge, surge, wave. The wave is the best selling multitool in the history of multitools.


Charge (TI, TTI, AL, ALX, Plus, Plus TTI) The charge has the most tools of this group, it also has a higher quality knife blade steel, either 154CM or S30V for the plain edge knife. I EDC either a charge TI (with TTI blades and plier upgrade from warranty) or a charge AL
Surge with it's tshank socket for virtually unlimited sawing capability (anything from wood to steel) as well as a file that can be used to sharpen the main knife blade when removed. It is the largest of these tools and tool large for some.
wave/wave+ there have been 3 revs of this tool, The first had 4 outside locking blades but the other tools were detent retained not locking. The next version had all tools locking, the wave+ has the replaceable wire cutters.
Bond/Curl - new these seem like mr potato head where they are half one tool and half another part OG wave part rebar, and some of the tools are non locking, a step backwards in my mind.
sidekick,wingman only 2 outside locking tools for these two, both include plain and serrated either in 2 blades or 1 (combo blade) a pliers, used to be bargain priced, they have migrated upwards, some argue they are part of the "free" line since the tools on the free seem to come from these tools, but they are not magnetic and they predate the "free"


The ST300 is also the top of it's tier, the all inside tools. The tool itself is large, like the surge. It carries the most tools at, i think 19. but it's saw is a wood saw only and it is fixed unlike the surge. The file does not include the diamond side. but it is very robust. The surge and ST300 are like the city mouse country mouse versions. One is a little slicker, the other maybe, maybe studier. Supposedly the ST300 is supposed to be easier to work with gloves on.

The other tools in this line include the

now you are dooming your car to break down repeatedly

I just sent them a totally horsed up surge and crunch and got back 2 nice shiny tools in perfect working order
The surge they replaced a couple tools and both blades but kept the rest, the crunch, they sent back one that was brand brand new (assembled of used parts likely, but still had that new car smell.)

i googled but did not see any complaints

according to whois history they've been around since 07 https://www.wmtips.com/tools/info...rstore.com

thanks for catching this! however, the NSN they have matches the stainless version on amazon rather than the Black oxide version.

I have a mut eod and struggle to find uses for it. I've used the carbon scraper before but attaching and using cleaning rods is not convenient, and the takedown pin pointer is a little sharp for my liking, I'd worry about scratching something with it, If I hadn't bought it used for $50 I don't think i ever would have purchased it.


they do not. only the sidekick and wingman have those pliers. However, I would say once your tool loosens up, you'll find they don't need springs.
This wasn't a mistake, what makes it obvious is that they left it up so long (days!). A pricing mistake is when someone leaves a digit off the front or puts a decimal in the wrong place. This was an intentional ploy. It's a guerrilla marketing tactic to drive people to the site and then do a bait and switch with a 15% coupon.

A bad review in a public space is how you handle cancellations like this.
Fuuuu i already have too many multi tools and knives... So tempting

EDIT: screw it, in for one

. I can always gift it as xmas gift if need be.

EDIT: screw it, in for one

. I can always gift it as xmas gift if need be.

2
Reply
This comment has been rated as unhelpful by Slickdeals users
Joined Feb 2017
L5: Journeyman
733 Posts
711 Reputation
09-17-2021 at 10:07 PM #8
Thanks for this. I was gonna add a filler item and then saw your comment. Verified free shipping totally works for this multi tool by itself.

2
Reply
This comment has been rated as unhelpful by Slickdeals users
Joined Jul 2015
L2: Beginner
44 Posts
22 Reputation
09-17-2021 at 10:47 PM #11
Great deal, thank you OP / I'm sort of angry at you since I didn't need another Leatherman, but this was too good to pass up. Confirmed that I was able to get free shipping without any filler item needed.