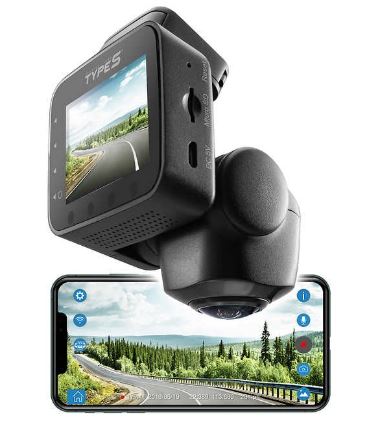 kivfer posted this deal. Say thanks!
Add Comment
Reply
Created 10-16-2021 at 11:27 PM by kivfer
in Tech & Electronics Get Costco Wholesale Coupons
If you purchase something through a post on our site, Slickdeals may get a small share of the sale.
Deal
Score +21
77,477 Views
See Deal
About the OP
Send Message
Expert Pro
Joined Jan 2006 L6: Expert
7,511 Reputation Points
1,043 Deals Posted
2,051 Votes Submitted
1,774 Comments Posted

This comment has been rated as unhelpful by Slickdeals users
Joined Jul 2009
L3: Novice
288 Posts
62 Reputation
10-17-2021 at 01:12 PM #2
Hmmm. Anuone know if the quality of this dash cam any good? I've noticed Costco has sold a lot of crappier cameras for dash in the past

0
Reply
This comment has been rated as unhelpful by Slickdeals users
Joined Nov 2011
L4: Apprentice
473 Posts
92 Reputation
10-17-2021 at 01:42 PM #4
A lot of the reviews say this thing overheats and shutdown, probably something to consider if you live somewhere that gets hot in the summer or if you park your car outdoors

0
Reply
This comment has been rated as unhelpful by Slickdeals users
Joined Dec 2009
L3: Novice
138 Posts
98 Reputation
Our community has rated this post as helpful. If you agree, why not thank ?
10-17-2021 at 01:44 PM #5
Couldn't survive underTexas heat. Returned mine

It also uses a battery, not a super-capacitor, so that is a huge problem for those with temperature extremes.

This review goes over the camera pretty well, I would say this is a pass.... Comments on the video are not great either. I guess the only plus is the night recording is not bad.

Looked good, but with poor resolution on the front that makes it hard to even read a license plate makes this useless.

0
Reply
This comment has been rated as unhelpful by Slickdeals users
Joined Mar 2017
L3: Novice
2,175 Posts
358 Reputation
10-17-2021 at 04:58 PM #8
They don't even mention the resolution it records at plus from one of the photos it looks like huge fisheye view all around so you probably can see from which direction impact happened it but as far as clearly identifying what happened beforehand from distance including any license plates it will be close to impossible to see. The only good camera for 360 I think would be what Google uses for street recording lol (and it might be multiple cameras hooked up through super specs hardware).
Personally I prefer battery powered ones since mine can record 20 or so 30sec clips while I don't have to hook it up to power bank or always on 12V car outlet. The battery did die after 2 years but I just got better quality and slightly higher capacity for less than $10 to replace it (I'm in NE area so I'm sure for south super capacitor is better option although if it overheats during recording it won't matter what powers it. On mine I was able to add small aluminum heat sink to the CPU when I was changing battery and so far it has been going strong (with Samsung pro endurance, had issues with different cards )

After redeem discount code: 360DASHCAM (or enter code at checkout).

YMMV Target Circle: 15 off 75 in-store or online through 11th of December

Find The Perfect TV Size for Your Living Space

How To Check Your AirPod Battery Levels

Razer Laptops Could See a Price Increase in 2022
Copy Code & Open Site More Deals from
Did this coupon
work for you?
Copy
Link Copied to Clipboard