Slickdeals Forums Deal Talk Deathloop (PS5 Digital Download) $39.59 via PlayStation Store
Advanced Search
Sorry, this deal has expired. Get notified of deals like this in the future. Add Deal Alert for this Item
Forum Thread

Note, offer valid through November 3, 2021 or while promotion last

Mainly for those that prefer the digital version vs physical version 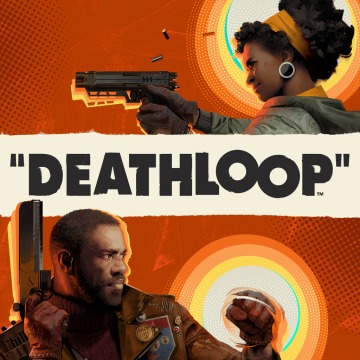 Discombobulated posted this deal. Say thanks!
Add Comment
Reply
in PS5 (9) Get Playstation Store Coupons
If you purchase something through a post on our site, Slickdeals may get a small share of the sale.

3
Reply
This comment has been rated as unhelpful by Slickdeals users
Joined Mar 2016
L3: Novice
194 Posts
32 Reputation
10-27-2021 at 11:43 PM #3
It was actually $52 or $53 until launch w/ preorder almost since it was able to be pre-ordered. Normally $60 instead of $70, but well worth every penny (as a digital deluxe buyer). If you have a PS5, buy this. Deathloop & ratchet & clank are the best PS5 games I've played this year, with honorable mention to Returnal. But that's not for everyone & neither is this, though it's much more accessible & not really a rouge like, if that aspect is a turn off for any PS5 owners. I haven't played any other game since it came out, though I'll say again, it's not for everyone. If you're interested, I doubt you'll be disappointed

0
Reply
This comment has been rated as unhelpful by Slickdeals users
Joined Dec 2011
L5: Journeyman
737 Posts
83 Reputation
10-28-2021 at 07:00 AM #4
Started playing last night and my main GRIPE with the game is you can't save anywhere. Possibly by design which given the nature of the game I supposed, but as someone with limited time for gaming this is one feature I believe that pretty much every game should have (I remember early Xbox titles like NFL Fever Football where you could actually save in the game and return to it later…….)


I do not recommend DeathLoop simply because you have to trigger a certain event in order for it to save your progress , even games like Hitman pretty much allow you to save anywhere.

Also can't say it's a good game yet either, tried for an hour or two and hasn't grabbed me. Seems more like a tech demo than an actually game/world.

Loving games like Fallout for its open world adventure and Hitman I somehow thought I would be getting something in the middle.

In my opinion the best games I've played so far from Sony has been Ghost Of Tsushima, even with the PS5 upgrades it's amazing!

1
Reply
Last edited by life4eva October 28, 2021 at 07:04 AM.
This comment has been rated as unhelpful by Slickdeals users
Joined Oct 2021
L3: Novice
140 Posts
18 Reputation
10-28-2021 at 05:57 PM #5
Whoever is looking for comment on whether they should buy this game, you should. Ignore this person's "review." The reason you don't save is because of the in game mechanics revolves round time and time distortion. The way the game makes up for it is each segment of the game takes 20-30 minutes to play.

Not sure why someone who only played an hour would leave a comment like this. Real head scratcher.

PS is probably dropping the price because the physical disc will go on sale during the black Friday sales so they are widening their net to get purchases. Great price, fun game, good story. Ignore comments about game saves, lol.