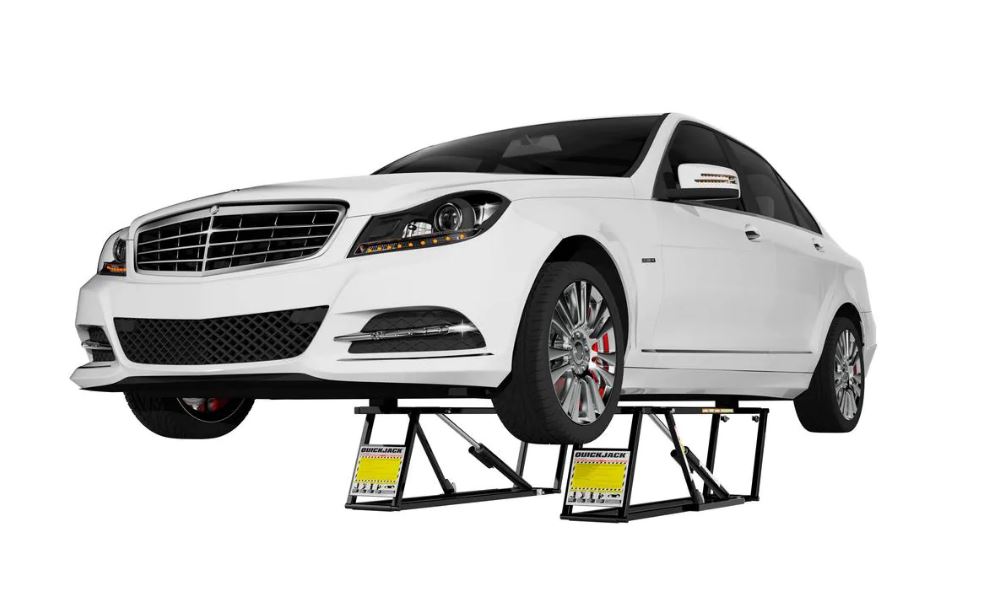 These guys seem to not have issue with them and as we all know, vette guys can be... *particular*

You can get the newer model on sale this weekend directly from QuickJack (aka Bendpak) here: https://www.quickjack.com/blackfriday/

After owning one for a few years, he has a real point. The amount of time it takes to place the quick jacks, one can have a car on 2 or 4 jack stands.

All depends on why you need to lift the car. If it is only wheel/brake/suspension work, jack and stands are a quicker solution.

Quickjack wins if you need to get under the engine/trans/rear end and need the extra height or if you intend to lift the car several times.

I've used it a handful of times and have stopped using it. Can't say I regret buying it but would not buy again.

This comment has been rated as unhelpful by Slickdeals users
Joined Jul 2003
L5: Journeyman
906 Posts
71 Reputation
11-27-2021 at 02:20 PM #9
"What's the difference between the NEW TL Models vs. SLX Models?
The biggest difference between the 5000TL and BL-5000SLX is the lifting height, which has increased 3 inches. This provides ample room to perform all the common vehicle maintenance tasks and allows you the capability to perform even the most complicated repairs.
Overall dimensions have remained the same, so you'll continue to benefit from what made QuickJack so popular in the automotive community and that is it's super-low 3" lowered height. The minimum lifting point spread did change from 31.5" to 37", but this will not make a difference to the vast majority of 5000TL users."

0
Reply
This comment has been rated as unhelpful by Slickdeals users
Joined Jan 2021
L2: Beginner
41 Posts
18 Reputation
11-28-2021 at 05:39 AM #10
Purchase a Daytona series floor jack from HF (oddly enough, one of the best on the market) and a quality set of jack stands. You're not going to save much time using this, and most of the time, everything you need to do under the car (transmission or exhaust work for example), you're entering from under the driver / passenger rocker panels. If you need an actual lift, they aren't that much more, $1,500-$2,000 and will last a lifetime. You can do everything quickly with an actual automotive lift, and they are fairly safe.

0
Reply
This comment has been rated as unhelpful by Slickdeals users
Joined Feb 2012
L4: Apprentice
444 Posts
77 Reputation
11-28-2021 at 08:49 AM #12
Do your homework on these. Almost bought one on another deal but one doesn't work for all the cars I have. The smaller was too short for my SUV and the big one too big for a smaller car. Ended up getting some Esco jack stands instead. The stands raise the car plenty high for pretty much everything.

0
Reply
This comment has been rated as unhelpful by Slickdeals users
Joined Dec 2007
L3: Novice
107 Posts
26 Reputation
11-28-2021 at 12:58 PM #14
I just bought my second (yes second) quickjack using the homedepot deal. I currently have one of my cars up on the 7000slx for a engine swap among a whole mess of other projects for the car (1990 corrado). I've used the same quickjack on my wife's q7 tdi and on my r32. My complaint with the 7000slx is that each frame is heavy as all hell (91 lbs) but it has been somewhat mitigated by doing the caster mod on the frame so it's easier to maneuver.

So why the 2nd? I didn't want to take the time to take the corrado off the quickjack so that I could throw the r32 on there (needs a brake job and an exhaust put on). Had a bunch of HD giftcards so my actual cost was much lower. I got the 5000slx so at 76lbs per frame is somewhat more manageable. My only concern about the 5000 is that its weight limit is 700 over the curb weight of my avant so I might not use it for that car and I'm definitely not using it on the q7 (plus I hate working on that).

These things are great for what they are and you aren't limited to lifting in-line with the pinch welds of the car and can also lift it perpendicular to those pinch welds (had to do this for the q7 as the factory lift points as exceeded the length of the quickjack). Another consideration for these things is "lift drift" as you lift the car, the whole car moves forward a foot or two so the work foot print moves.

I thought about getting the tlx versions but I don't really need the 3 extra inches. I asked quickjack about black Friday pricing on just the frames but they quoted me at $526 per frame and iirc $60 for the short hoses that stay on the frame and that was the same amount of $ as a whole setup from HD (I was trying to get by with just sharing the power unit between the 2 quickjacks)

One final thing about the quickjack - their customer service has been great. My 7000slx had leaky connections so they sent me new ones at no cost (they've switched from using Teflon tape to a liquid sealant and for me the sealant failed). I also ordered some extra lifting blocks that were slotted for pinch welds but they sent me out-of-spec ones. Emailed them and they sent out correct ones to me (again at no additional cost).

R - I love my quickjack so much I bought a 2nd

0
Reply
This comment has been rated as unhelpful by Slickdeals users
Joined Jul 2003
L5: Journeyman
906 Posts
71 Reputation
11-28-2021 at 02:15 PM #15
are these friendly to garage floors that have epoxy/polyaspartic full flake over them? Is there any risk of scratching/gouging the floors?

The Best Ways to Save on Gas

How Do Gas Credit Cards Work?
Copy Code & Open Site More Deals from
Did this coupon
work for you?
Copy
Link Copied to Clipboard