Slickdeals Forums Deal Talk Office Depot/OfficeMax has HP Pavilion TP01-2096 for $569.99+tax, shipping is free (or in-store pick-up where avail)
Advanced Search
Sorry, this deal has expired. Get notified of deals like this in the future. Add Deal Alert for this Item
Popular Deal 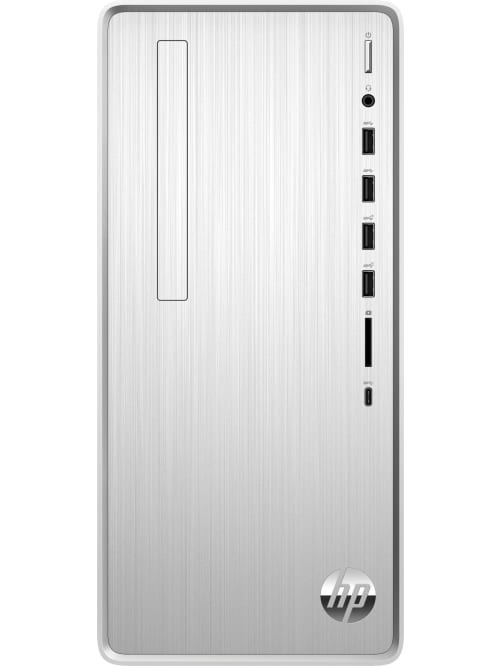 RipADart posted this deal. Say thanks!
Add Comment
Reply
in Desktop Computers (4) Get Office Depot and OfficeMax Coupons
If you purchase something through a post on our site, Slickdeals may get a small share of the sale.

0
Reply
This comment has been rated as unhelpful by Slickdeals users
Joined May 2008
L6: Expert
1,745 Posts
237 Reputation
11-30-2021 at 01:40 PM #20
It would still need a motheroboard that does [email protected] though. Most of these prebuilts such as the one in this thread only have hdmi v1.4 and no displayport. I'm really in no rush so I'll keep looking. Maybe I will decide to build one as it might be a cool learning experience for me and my kid

0
Reply
This comment has been rated as unhelpful by Slickdeals users
Joined May 2008
L6: Expert
1,745 Posts
237 Reputation
11-30-2021 at 01:58 PM #21
Just looking on ebay at the Dell XPS 8940 line. Looks like these are new open box that people have bought and removed the gpu. These have onboard hdmi (not sure which version) and onboard dp which will do [email protected] This might be something I could possibly do?

This comment has been rated as unhelpful by Slickdeals users
Joined Dec 2007
L2: Beginner
36 Posts
10 Reputation
11-30-2021 at 04:05 PM #23
This guy says the motherboard limits the speed of the RAM to 2133 mhz instead of the full 3200.
https://www.youtube.com/watch?v=dLT6CbwgO-M
He says adding a second stick of ram ( thereby enabling dual channel ) gives it a decent performance boost.

1
Reply
This comment has been rated as unhelpful by Slickdeals users
Joined Nov 2020
New User
17 Posts
10 Reputation
11-30-2021 at 05:35 PM #25
If you cost out the parts, this isn't really a deal.
The 5700g is $300. (Right now on PC PartPicker. Likely to get cheaper due to Intel Alderlake price to performance. Especially after Zen 3d parts come out in a couple months.)
You can build the rest of the system for less than $269 using higher quality parts.

Plus according to HP's website this is a single stick of ram, so you would have to replace that day 1 anyway, so add $60 minimum to the cost. (Even in my Omen GAMING Laptop, the memory timings from HP were bad. But at least it was dual channel.)

And if you are doing anything other than browsing the web a 256G ssd isn't going to be enough. At minimum add a 500G SSD or a larger Spinning disk for another $50.

I might find this tempting at $500 w/ 2x8G Ram and at least 500G of storage. Something that didn't need immediate upgrades. $450 tops as configured. But I would have to actually need a PC RIGHT NOW to justify it. The case/powersupply/motherboard are proprietary landfill quality components. The BIOS is completely locked down limited to only the CPUs HP sells on that motherboard. It has to be cheap enough that the RAM, CPU and Storage justify the cost because nothing else is upgradable.

Wally world still has the Pavilion Gaming tower with a 400Watt powersupply, a 5600G and a rx5500 4G OEM GPU for $629 with dual channel DDR4 3200. That 400Watt powersupply is really the gold medal winner in the Gaming tower. You can only get them from HP and they are going to charge you a kidney for them if bought separately. It's enough to allow an upgrade to a 3060 class GPU. So while still not great, it does allow some room to grow. Just don't plan on putting a 4000 series flagship card from Nvidia into it.

0
Reply
This comment has been rated as unhelpful by Slickdeals users
Joined Nov 2020
New User
17 Posts
10 Reputation
11-30-2021 at 06:43 PM #27
It's not an online deal. They have them cheaper in the store than on the web. I have seen this at 3 different Walmarts in my local area. I think I originally saw the deal on here?

Brickseek doesn't show it even at my store, but I saw it when I went shopping yesterday.
From Brickseek:

Plus I have seen some where the part number was different and they had a sticker over a1650 labeling with the rx5500 on the outside of the box from HP. Everything else was the same.

0
Reply
Last edited by softwareEngineering November 30, 2021 at 06:49 PM.
This comment has been rated as unhelpful by Slickdeals users
Joined Nov 2016
L3: Novice
242 Posts
50 Reputation
11-30-2021 at 08:43 PM #28
But that motherboard doesn't have WiFi or Bluetooth, and the Hp includes a keyboard mouse and optical drive. Not saying this is a superb deal just your part out is missing those.

1
Reply
This comment has been rated as unhelpful by Slickdeals users
Joined Nov 2016
L3: Novice
242 Posts
50 Reputation
11-30-2021 at 08:47 PM #29
I think that's an ok deal but you'd have to upgrade the ram bringing the cost up even more. I guess it'd depend on what you do. General computing with a little bit of gaming or gaming with a little bit of general computing?

Just saw they both have just 256gb ssd which is sad. That's not good for anything these days. If all you want is Minecraft and fortnight I don't think any of it really matters as you are going to be fine either way.