wbs3333
+10 Deal Score
5,390 Views
Not a slickdeal but given that these are out of stock everywhere just an FYI that they are available at Amazon.

Need to got to the link and the scroll down to where it says other sellers. Find the one that is sold and shipped by Amazon and add it to your cart.

It is coming and going out of stock. Took me like 5 attempts to place my order, in other words if you don't see it in stock give it a few minutes and refresh and try again. I was trying through the app but finally was able to complete the checkout on my PC using Chrome. Good luck

Update: Gamestop also has some stock 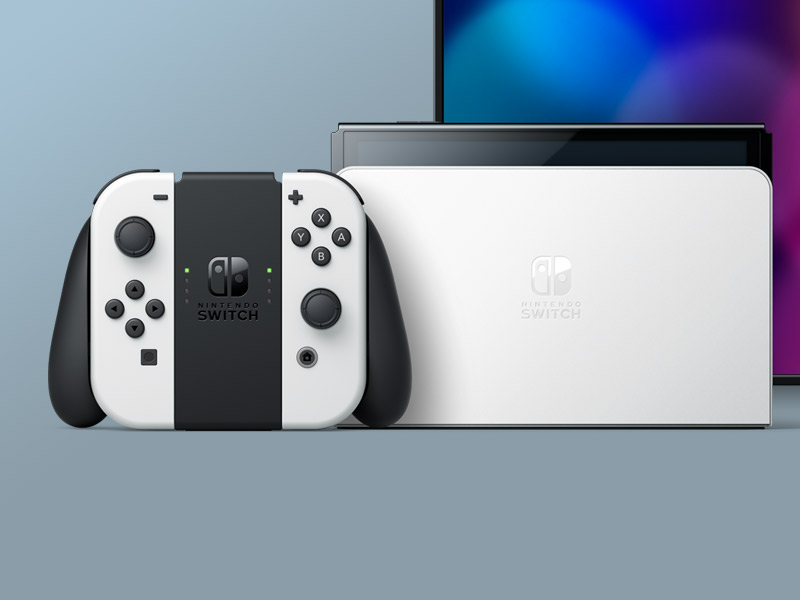 wbs3333 posted this deal. Say thanks!
Add Comment
Reply
in Nintendo Switch (5)
If you purchase something through a post on our site, Slickdeals may get a small share of the sale.
Deal
Score +10
5,390 Views
$350.00
See Deal
About the OP
Send Message
Joined Apr 2010 L6: Expert
501 Reputation Points
43 Deals Posted
713 Votes Submitted
1,690 Comments Posted
Don't have Amazon Prime? Students can get a free 6-Month Amazon Prime trial with free 2-day shipping, unlimited video streaming & more. If you're not a student, there's also a free 1-Month Amazon Prime trial available.

It was going in and out with like a few minutes in between. Right now I haven't seen it coming back in stock for at least 20minutes, it might be dead already but I would keep trying just in case. The OLED Neon was also doing the samething.

0
Reply
This comment has been rated as unhelpful by Slickdeals users
Joined Jul 2015
L7: Teacher
2,811 Posts
523 Reputation
01-25-2022 at 09:59 AM #7
Wii was so affordable. You could double profits easily, it is was a scalper's dream. And this was before botting too so if you were a college student with lots of time you could drive around stores all day

01-25-2022 at 10:38 AM #9
$199 in 2006 is $275 per 2021 inflation....well above the cost of the Switch Lite, right at the cost of the standard Switch and only $75 less than the OLED. The Wii also did not include a screen nor was the hardware anywhere near as powerful (in comparison to other platforms at the time). The Wii U costed $299 when released, or $363 in modern dollars. I'd consider the $349 OLED Switch "affordable" in comparison. And when the the Wii was launched there was no global chip shortage, supply chain issues, or increased demand due to lockdowns. It suffered the same fate with zero external pressures.
Like people were doing on the Switch OLED just a 6-8 weeks ago? Like the PS5...currently? $1200+ was pretty common PS5 price for a craigslist scalper over Christmas 2021.
As is any item that is hard to find and has an inflated post retail price. You do realize "scalping" is a term that precedes video games and is more prevalent in Sports and Entertainment than it ever will be for handheld consoles?
Botting was really common back then too and companies did not realize it was a problem. Now at least they are doing things trying to prevent / slow how many consoles botters can get by either preorder lotto's, online surprise releases, or sudden and coordinated retail drops among multiple companies. Not a single one of those practices were used prior to the last few years (unless you had an independent retailer do it on their own).
LOL...how is that different than today? Did college students disappear??? A large part of the population is working remotely or decided to become (male or female) homemakers as opposed to going back to work. Lots of spare time there. Also a huge part of the population, boomers, have retired in droves and they grew up playing many of the games that are most popular on the Switch. Most of these consoles are B&M release only with no preorders. The only way to get them is "drive around all day" or pay people to stand in line. Oh, but that is a new practice right? No one ever paid people wait in line for Beatles tickets

Every Target near me as a OLED sitting on the shelf and this very deal proves that the OLED is not an impossible to find unicorn online....please stop pushing your "the world is heading in the wrong direction because a recently released video game console is hard to find" propaganda. Doesn't suit you.

Edit: Love the downvotes: They scream "you offended me but I do not have the intelligence to articulate how or offer a counter point."

01-25-2022 at 11:12 AM #11
If you play in handheld a lot, these OLED models are truly a treat. It's the first Nintendo handheld I've ever owned where it just feels complete. As they should have released the OLED model over the original Switch at the start in 2017 kind of complete.

When the people who buy it is less than the number manufactured, you'll get stock.

MSRP has never meant something is guaranteed to be available. In fact, wide availability generally means a product has failed because... No one is buying it.

I flipped Wiis in high school. $199 to $350 for each one I found (minus fees and shipping) kept me alive back then. This is the game. This has always been the game.

Edit: I'm just getting old and you guys who think otherwise never saw SD in it's PRIME. Back when deals made you money if you got them. And YES, retail can be a deal.

1
Reply
Last edited by ItsMeMark January 25, 2022 at 12:05 PM.
This comment has been rated as unhelpful by Slickdeals users
Joined Feb 2011
L5: Journeyman
629 Posts
81 Reputation
01-25-2022 at 12:10 PM #15
Looking at Nintendo's past experience with all their devices, it appears Nintendo purposefully creates this nonsense stock scarcity/short supply.