Thanks to Deal Hunter daisybeetle for finding this deal.

Note: Select 2-Pack option from the drop-down menu. Coupons are typically one-time use; if you've already used the coupon before, it may not work here. If you're a Prime member and you don't see free shipping on the order page, look for a "Use this address" button and tap/click that. The order page will finish loading and shipping will update. 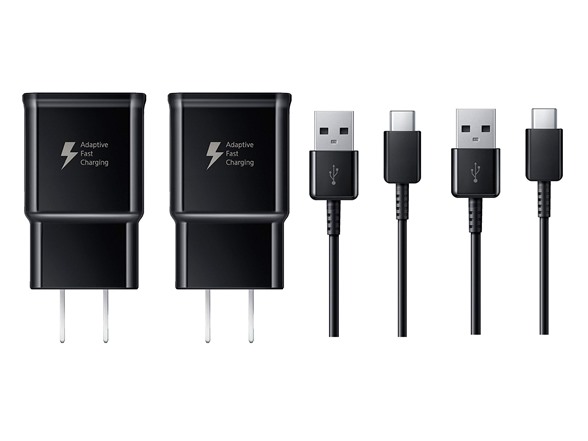 NOTE: If you used this code on prior deal, it may not work on that account again


Item page says these are New, but will ship in polymailer bag.

Add Comment
Reply
in Chargers & Power Banks (5) Get Woot! Coupons
If you purchase something through a post on our site, Slickdeals may get a small share of the sale.

In the past when every phone company had it's own unique charger or three it was terrible. Lots of useless chargers when the phones retired that couldn't be used on the next phone. Then, after pressure from the EU everyone BUT Apple pretty much got on the common USB bandwagon, and Apple even provided adapters in the EU.

Now the EU is pressuring them to NOT include the charger, since everybody already has one right? In the name of e-Waste.

The rest is just pretty much streamlining manufacturing processes. If we have to do it in the EU, guess we're gonna do it everywhere!

Sure, they're still guilty of not including it where the states/non-EU places are concerned, but it at least makes sense now.

What amazes me is how you can buy a Nook, which charges with Micro USB, and it still says to ONLY use the included charger and cable. Sounds like an excuse to not honor a warranty.