needgeech
+125 Deal Score
346,073 Views
Best Buy is offering select Eligible Smartphone In-Store/Trade-In Offer: Up to $800 Off On Select Unlocked Samsung Galaxy Smartphone w/ Qualified Trade-In Smartphones listed below valid for In-Stores only. Currently, the Samsung S22 Series Line Up is (Up to $400 Off Discount + Free upgrade to 256GB (up to additional $100 value) on sale w/ activation listed below + stacks on top of the trade-in credit offer when purchased in-stores only.

Thanks to community member(s) needgeech & mtran1977 for finding this deal

Note, offer valid for in-store trade in of a smartphone in good working condition only. 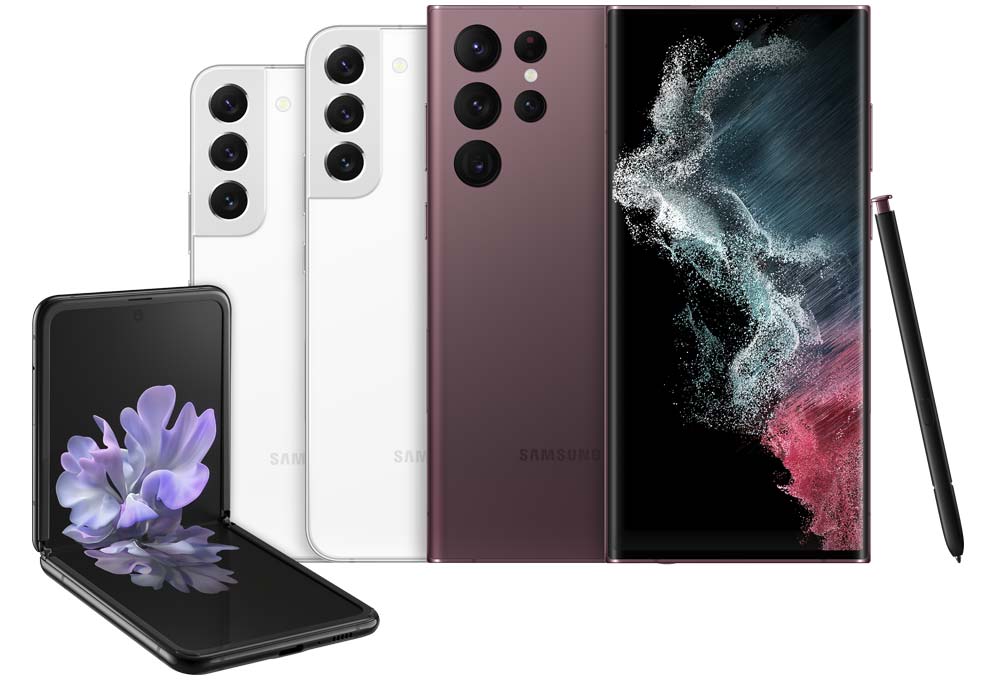 needgeech posted this deal. Say thanks!

Other S22 series unlocked with activate today or later seem to have gone back up to MSRP (probably until Friday).

Same up to $800 Samsung Trade in value promo still applies. See below for link for that. And, just to remind everyone, this trade in promo is for IN STORE TRADE & IN STORE PURCHASE (grab/pickup in store or home delivery, but all must originate in store!!!)

If you just want the S22 ultra unlocked activate now 256GB model, with no trade, for $949, then you can order online or in store

Update 06/13: Discount has lowered to up to $300 off. . .but strangely enough, the biggest $300 discount now comes from Unlocked and Activate LATER/NEVER. Perfect for those on MVNO's or not wanting to sign up for any plan or commitment etc.!!!

Same elevated, in store trade in and purchase SAMSUNG elevated trade in value promo, up to $800, as before, applies (see below for those and links for terms etc.)

AGAIN, THESE ARE ALL FOR UNLOCKED, ACTIVATE NOW phone purchases. . .
Meaning you buy an unloocked phone with "activate now" on an account with T-Mobile, Verizon, AT&T, or Sprint.
You don't have to open an additional new line on account, just upgrade a current line, even if it has a financed phone on it. That's ok, as you are paying in full for this new phone, not financing another.

on top of this, Samsung is offering up to $800 in trade in credit towards In-Store Trade and In Store Purchase only of unlocked Samsung phone (S22 line, Z Flip 3, Z Fold 3, S21FE phones) for the higher (up to $800) Samsung Trade in Value Promo.

These phones, traded in, will get you an $800 BB Gift Card to apply towards new unlocked Samsung phone. . .

This pairs well with all of those here that bought Z Flip 3's recently, with or without added $50 watch deal (See Wiki for watch deal thread), that now wish to trade in that Z Flip 3 for $800 Gift card towards purchase of an unlocked S22 line phone at sales prices as listed above. . .


THE up to $800 Elevated Trade in Value is FOR IN STORE PURCHASE and TRADE in only, and meant towards purchase of UNLOCKED Samsung phone. NOT FOR online orders! It is a Samsung TIV promo, and you can see all the terms, Trade in Values for various phones, etc. at the link below:


Refer to these other threads if you want the in's and outs of getting the store rep to actually get $800 trade in value to pop up on their screen, etc. etc. They've really started on different aspects, and morphed into overlapping concepts to get the same or similar deal. . .


This post can be edited by most users to provide up-to-date information about developments of this thread based on user responses, and user findings. Feel free to add, change or remove information shown here as it becomes available. This includes new coupons, rebates, ideas, thread summary, and similar items.

This comment has been rated as unhelpful by Slickdeals users
Joined May 2016
L5: Journeyman
649 Posts
185 Reputation
06-14-2022 at 09:27 AM #908
The enhanced trade-in value is in-store deal is supposed to be towards a Samsung Flagship phone only, the trade in page mentions this.
https://www.bestbuy.com/site/clp-cell-phones/unlocked-samsung-galaxy-trade-in/pcmcat1621537879921.c?... [bestbuy.com]

However someone have gotten lucky with some associates just handing them the giftcard since the phone wasn't in stock, people at my store knew what was up and wouldn't hand over the card, it had to be applied towards a phone as mentioned.

I imagine, if you end up returning the phone they probably give you store credit, is what I'd assume but I'd only be speculating at this point.

0
Reply
This comment has been rated as unhelpful by Slickdeals users
Joined Nov 2011
L1: Learner
23 Posts
18 Reputation
06-14-2022 at 09:49 AM #909
That's what I did, bought 2 phones from ebay, trade in bestbuy with different order. Both pay credit card in full, select ship to store instead of gift card. Walk away with gift cards.then login bestbuy.com to cancel order.then go online place order with 2 gift cards. You might keep the gift card buy whatever you want.

the rep 1st loads 800$ onto a gift card, at this point you can ask for the gift card and keep it. which is what i did.

0
Reply
This comment has been rated as unhelpful by Slickdeals users
Joined Dec 2020
L2: Beginner
46 Posts
14 Reputation
06-14-2022 at 10:42 AM #914
Actually there is a requirement from the Samsung to apply it only towards the new flagship Samsung phone. Rep showed me this one the promo terms. But I you will be lucky you can get a rep who doesn't know exact terms and will just hand you the gc

0
Reply
This comment has been rated as unhelpful by Slickdeals users
Joined Nov 2012
L1: Learner
15 Posts
14 Reputation
06-14-2022 at 11:14 AM #915
Yep i guess its an YMMV situation, be nice ask politely - hope for best, i plan to trade in my iphone today as well and keep my fingers crossed, and get a newer iphone, wish me luck.