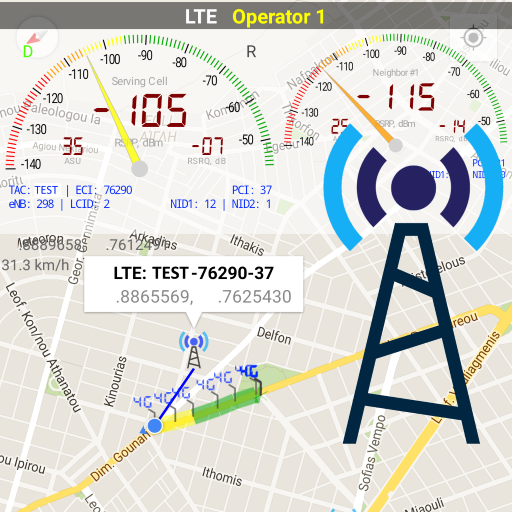 midjuneau posted this deal. Say thanks!

Written by Edited August 5, 2022 at 01:36 PM by
Network Cell Tower, Wifi, & Phone App free on Google Play. The lite version had a notification saying it is free for the next 7 days. Usually $2

Add Comment
Reply
in Computers (3) Get Google Play Coupons
If you purchase something through a post on our site, Slickdeals may get a small share of the sale.
Deal
Score +165
70,547 Views
Free
See Deal
About the OP
Send Message
Joined Dec 2017 L1: Learner
151 Reputation Points
0 Deals Posted
1 Votes Submitted
1 Comments Posted

"This app may share these data types with 3rd parties:
Location and device or other IDs."

Seems like a no name app developer, ymmv on what your privacy is worth. these type of apps inherently need location access, so you do give them a lot

If you would just like to have free access to it later, just click install then stop installing or delete right after. This way you can always install it in the future as it will be part of your library.
It might just be me, but I didn't get a whole lot of explanation as to "exactly what is this app used for?" in that 30 second video.

I did find this two-minute, 42-second video (with the founder or CEO) interesting:
https://www.youtube.com/watch?v=TBVJHeWluwI
(esp. the part about the company needing to appear bigger than they actually are)

As well as this (much longer) podcast episode (which I was only the third or fourth viewer on, lol), which talks about how to use apps for cross-promotion of other apps:
https://www.youtube.com/watch?v=FPPghH49fpc

At the 01:12 mark, the host states:
https://www.youtube.com/watch?v=F...pc#t=1m12s
"And every two weeks we bring you tips and advice from marketers at major consumer brands who share how they achieve their retention and engagement goals."

I've only listened to the first ~15 minutes thus far, but they have the Director of Marketing of M2Catalyst on this episode of the podcast.

He compares it to Waze, and I would also compare it to Speedtest.net (but for both mobile/cellular as well as WiFi)... he may have just not wanted to mention the competition.

I don't know that I'd have just a whole lot of use for it in the city, but it might be better if I was still in a rural area.

At ~8:30, the host asks about the monetization model for the app, but the Marketing guy seems to tiptoe around it a bit before answering.

He makes it sound like the only monetization comes from ads (in the Lite version) and app sales (from the Pro version).

That might be true, but it's hard for me to believe they don't monetize the back end (esp. the data) in any way.

But anyway, that's beyond the scope of usage.

What I'd like to see is for M2Catalyst to have a User Guide to show real-world scenarios of how a user would use+implement this app in their everyday lives, and maybe even an in-depth review by a neutral third party.

They do get mentioned in this short (just under two minutes) video:
Top 3 Apps For Finding Cell Towers
https://www.youtube.com/watch?v=PKc_yVT26Xo

OpenSignal (mentioned in the above video) seems really cool/useful, but maybe this app is better for people with a networking/comms background.

2
Reply
This comment has been rated as unhelpful by Slickdeals users
Joined May 2015
L8: Grand Teacher
3,107 Posts
842 Reputation
08-04-2022 at 01:53 PM #4
Yea I picked that up this morning from my free version. But it appears to have issues when going through it. App keeps closing without any error.

Seems like a no name app developer, ymmv on what your privacy is worth. these type of apps inherently need location access, so you do give them a lot