Navy-Wife | Staff
+49 Deal Score
34,152 Views
Amazon has select Energizer LED Flashlights on sale for the prices listed below after you 'clip' the 50% off coupon on the product page. Shipping is free with Prime or on orders $25 or more.

Thanks to Deal Hunter Navy-Wife for finding this deal. 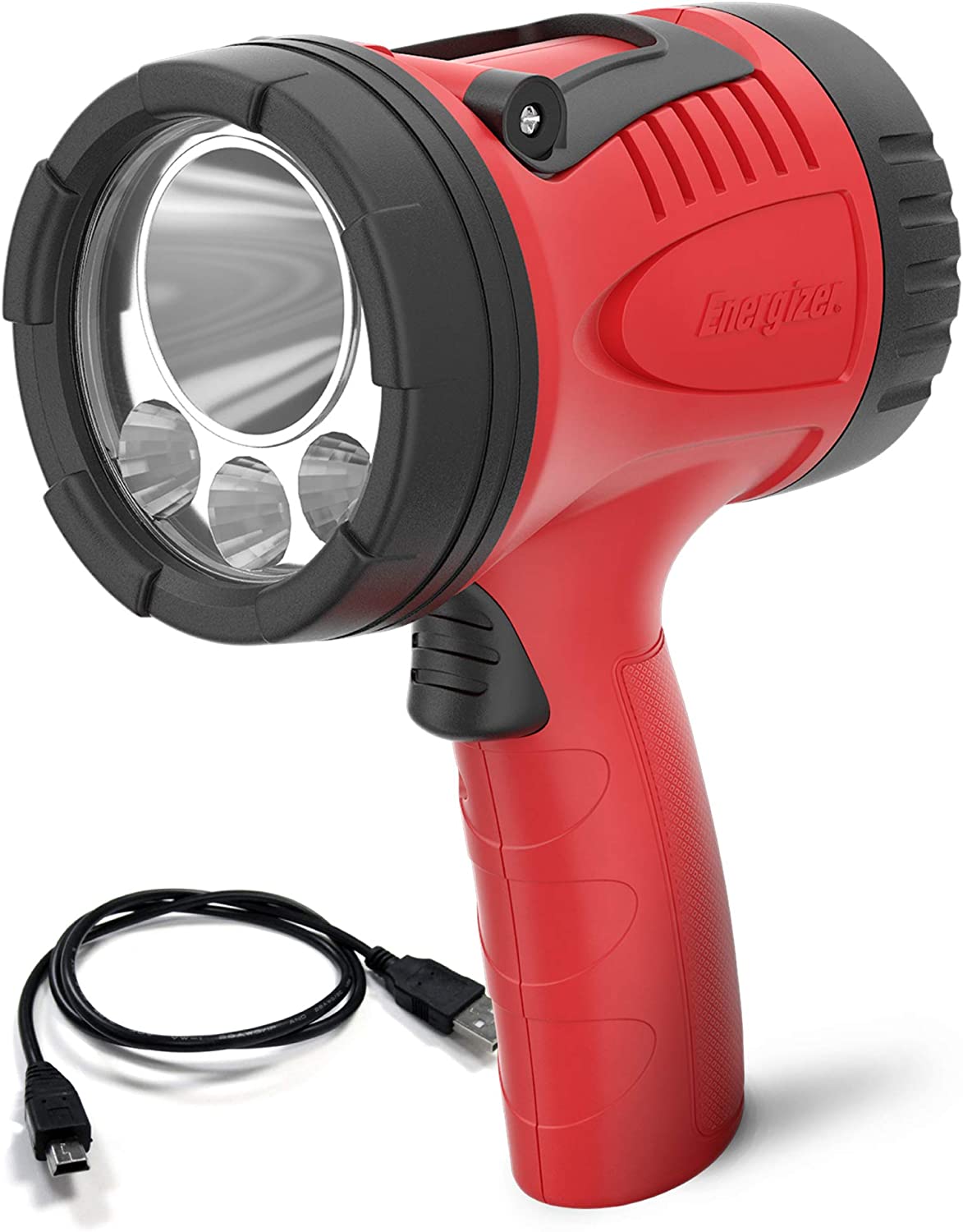 Written by Edited September 24, 2022 at 04:03 PM by
Amazon [amazon.com] has Energizer LED Flashlights on sale for the prices listed below after you 'clip' the 50% off coupon on the product page. Shipping is free with Prime or on orders $25 or more.

Note: Coupons are usually limited to one per account.

Available (prices after 50% off coupon):

Add Comment
Reply
Created 09-21-2022 at 08:26 AM by Navy-Wife | Staff
in Flashlights (12)
If you purchase something through a post on our site, Slickdeals may get a small share of the sale.
Deal
Score +49
34,152 Views
$18
$35.97
See Deal
About the OP
Send Message
Pro Deal Hunter
Joined Nov 2010 Slickdeals Staff Deal Hunter
24,975 Reputation Points
2,211 Deals Posted
2,044 Votes Submitted
2,976 Comments Posted
Don't have Amazon Prime? Students can get a free 6-Month Amazon Prime trial with free 2-day shipping, unlimited video streaming & more. If you're not a student, there's also a free 1-Month Amazon Prime trial available.

SD'ers beware... I own 2 of these, and after a little bit of use you have to bang them on something hard to turn on. Also there is some kind of low voltage cutoff, and don't turn on easily after recent use if the battery is low.... but of course YMMV.

0
Reply
This comment has been rated as unhelpful by Slickdeals users
Joined Oct 2006
L6: Expert
1,191 Posts
377 Reputation
09-21-2022 at 09:22 PM #6
So what exactly is the difference between all these Energizer headlamps? Some seem to go for up to $30 before the coupon...for one....others can be had for under $10 for a pair. I am just not getting how they are really different..other than one is rechargeable

SD'ers beware... I own 2 of these, and after a little bit of use you have to bang them on something hard to turn on. Also there is some kind of low voltage cutoff, and don't turn on easily after recent use if the battery is low.... but of course YMMV.

This comment has been rated as unhelpful by Slickdeals users
Joined Sep 2017
L3: Novice
231 Posts
123 Reputation
09-22-2022 at 07:38 AM #11
The single one listed is rechargeable, is brighter, and has separate buttons for the colored lights vs. white light - this is nice because if you want to turn on the red light to not lose your night vision, you can get there directly - that said, point the light into something and click to the setting you want, you won't sacrifice much night vision.

Big downside to primary batteries is if you use it at the bright end, they only last so long. Alkalines will fade fairly fast, and while it will stay "useable" for a long time, you'll find that at half battery, it will likely not be as bright as you want it, and will quickly fall into the "enough to see where you're going" range. Primary lithium batteries have a flatter output so it will stay brighter longer, but they are expensive.

I have no experience with this particular light, but if nothing more then the fact that the performance output stays roughly the same until the battery is basically dead - I prefer lithium batteries wherever possible in a flashlight, and rechargeable for environmental/cost issues.

Personally I've had nothing but good experiences with my energizer lights, but they definitely don't have the consistency and quality that the specialty light manufacturers have (but are DRASTICALLY cheaper). I think the biggest issue for me is the UI. It's often hard to tell how the particular light will work - like what brightness it defaults to and what direction does it cycle, whether it has "memory" (defaults to the last used setting), if there is a quick way to go to the lowest or highest brightness etc. I would guess they utilize 3rd party designs/designers to develop their lights and each light or series of lights is treated as an independent project - because it seems like every energizer light I have has different controls. Even lights like these headlamps which visually look similar to past headlamps, or even the ones released at the same time as different "tiers" have inconsistent controls and specs.

The reviews for the rechargeable one have me wary of the quality, but I've had many versions of the AAA powered ones, and typically they were broken up by cheapest = lower brightness/throw and fewer options, up to the most expensive with most options and output. I really like the smart dimming feature, and before I think you couldn't get that on the cheaper models. The big advantage being that sometimes if you're working up close or a closed in environment, you need a lower brightness, but the fixed brightness jumps often seem to go from not enough light to too bright.

1
Reply
This comment has been rated as unhelpful by Slickdeals users
Joined Sep 2017
L3: Novice
231 Posts
123 Reputation
09-22-2022 at 07:44 AM #12
I can't say for certain that it will happen with these particular headlamps, but I would be wary of these if you wear glasses as it may inadvertently shine downward and light up the inside of your glasses (glare city). The big "lens" that covers the front of the light goes all the way to the bottom of the light, when the light shines through it, it will cause the lens itself to carry light in all directions - look at the product photos that show the illuminated red and green LEDs to get an idea of what I mean.

The upside is it's an easy fix, just use a piece of electrical tape or some paint across the bottom of the lens, but it's annoying to have to do that.

0
Reply
This comment has been rated as unhelpful by Slickdeals users
Joined Sep 2012
L4: Apprentice
400 Posts
62 Reputation
09-22-2022 at 08:59 AM #15
would this be good for hobby work? painting models and such? my old hobby glasses had a light that could be pointed downward so you could see whats in your hands but the light keeps flickering even with new batteries.