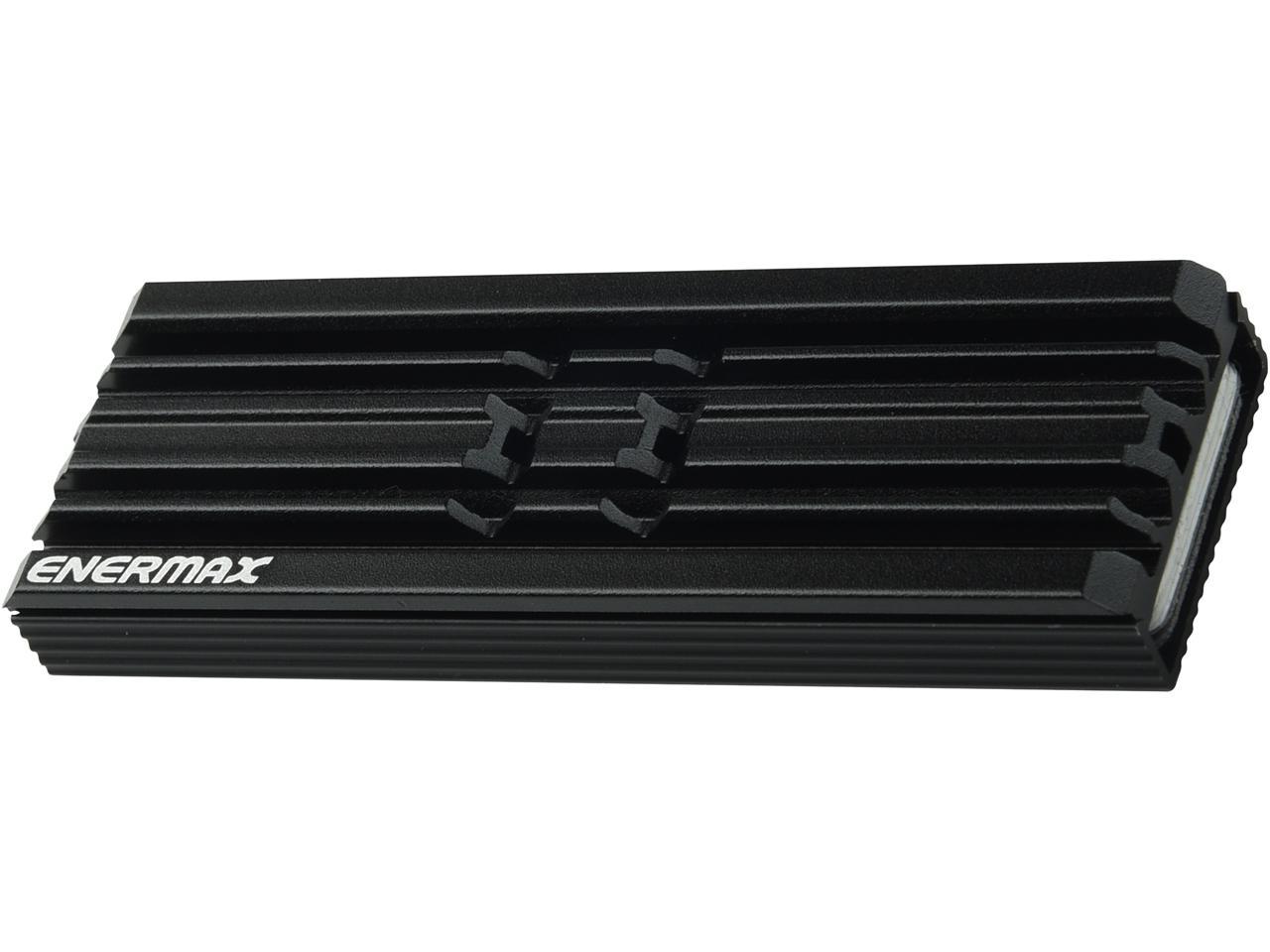 sr71 posted this deal. Say thanks!
Add Comment
Reply
in Computers (5)
If you purchase something through a post on our site, Slickdeals may get a small share of the sale.

7. Rebate will be paid electronically with Venmo – Please verify eligibility before submission – if not eligible, please return product back to Newegg.com within 30 days.

Once your rebate submission has been verified and approved, you will be contacted to provide Venmo profile QR code forpayment. Venmo account not associated to purchaser will be automatically disqualified for the promotion

-----
Doesn't look like there is an online rebate registration available. See attachment for a fillable rebate form.
pdf

0
Reply
Last edited by snowcrash October 6, 2022 at 01:38 AM.
This comment has been rated as unhelpful by Slickdeals users
Joined Apr 2009
L9: Master
4,847 Posts
574 Reputation
Our community has rated this post as helpful. If you agree, why not thank ?
10-06-2022 at 01:24 AM #3
Oh yea.. Another NoEgg rebate fiasco brewing here.. Stand by for the BF rebates that will follow this scheme.. Good luck to all the folks that still have not learned the history of rebates and NoEgg.. I will be here to tell you I told you so..

7. Rebate will be paid electronically with Venmo – Please verify eligibility before submission – if not eligible, please return product back to Newegg.com within 30 days.


Um no, not always.. The great NoEgg rebate fasco was was centered around brands specific to NoEgg like Roswill or was in my case. Those rebates were very similar offers like this. they were free after rebate or a couple of bucks ater rebates on sales they had around BF, just like this.

The rebate handling company (pargo? I think it was) refused to process rebates because NoEgg had not funded it properly. NoEgg admitted that there was a problem. We were left to accept "NoEgg gift cards" instead of the cash due. My gift cards when I tried to use them, were invalid. I had to literally wait a hour each call to customer service only to get invalid gift cards rather than the cash they should have paid the processor. who would have paid me. It was NoEgg that was removed from Pargo as I recall. NoEgg tried to make good by offering gift cards that in my case were invalid when I tried to use them, rather than just refund the rebate. The history of this may have caused the sale to the Chinese, or the new Chinese owners did not want to deal with it, I forget, because we really did not know what was going on with the company. Some thought it meant NoEgg was folding like Circuit City.

I was not the only one by any sense of the mesure who had problems. I just have never forgot about it. I also remember about that time MSI rebates that NoEgg was pushing also had serious problems and required buyers follow up by every submission after 8 to 10 weeks after submission. If you did not have a copy (originals were mailed in) of UPC + serial # and Invoice (not a shipping email) you were denied. Come to think about it they were the same guys (pargo?) that had issues with the Staples EZ rebates right before Staples killed that program. Consensus at the time was it was not Pargo, but rather the retailers as Pargo continued to process rebates that were funded from other companies. Thus the name "The great NoEgg rebate fiasco"..

Having to have a venmo or a paypal account is lame in my book.. Not everyone wants to due business with that company (Paypal and Venmo are the same company).

If you think I am beating on a dead horse NoEgg would have to be dead. If you don't hold them responsible you will get more of it. No need to get personal about it. It is not a baseless claim. You should remember this, but possibly you were not involved or aware.

Finally to keep this on topic, If you READ the link to the post, The NoEgg product page says you will get a rebate card. Only IF you look at the rebate submission PDF do you find out the Venmo part of it. That is deceptive. If you consider all the other issues they have had in the past, you would think they would know better and have learned better by now.

I would have bought this in the past, but I try not to get taken twice. This sounds the "STOP" do not by alert warning siren in my head. I would grab it for $2 for sure, but the possibility of not getting it or doing business with Venmo/Paypal should have about 1/2 of the country not doing so. Corporate decisions have consequences. These are 2 companies I won't do business with any more.

1
Reply
Last edited by DoobieBrother October 6, 2022 at 10:54 PM.
This comment has been rated as unhelpful by Slickdeals users
Joined Sep 2007
L10: Grand Master
52,128 Posts
94,019 Reputation
Original Poster
Pro
Expert
10-06-2022 at 10:15 PM #11
if you don't understand the terms and who's offering - then go away; worst case most folks pay $12 for a heatsink advertised @$20 on Amazon. blaming Newegg for a rebate offer which you can't understand is absurd... it's offered by the mfr - Amazon just offered a leather medecine ball which was synthetic leather... you think they need to vet every detail? if you can't fill your name and address and keep copies of your submission and keep a calendar entry to check the status in this day you have no one to blame but yourself.

0
Reply
This comment has been rated as unhelpful by Slickdeals users
Joined Apr 2007
L10: Grand Master
8,520 Posts
2,514 Reputation
10-06-2022 at 10:22 PM #12
I feel sorry for anyone that don't know how to do rebates. For this one, I even provided a fillable rebate form. All you have to do is cut out the UPC and print mailing address on the envelope. If you fail at this, you fail at life.

There should be a law against whiners having children. We need to get rid of that gene. It is completely useless and only breeds entitlement.

Once someone has your money, the burden is on you to get it back. Not on them.

...now we need electronic fund transfer accounts tied to our name before we even begin.

And it's with NewEgg, which is a cracked shell of the company it used to be. No way rebates are going to be easy and hassle-free with them. Automatically assume you'll never get your money back.

It is insulting to all the users here to say that the only retort is to say I am dumb..

Fact is the OP NOEGG page says rebate is a "CARD". For most of us who do rebates and have for years, know that a "card" is a Visa or Master card. You get this instead of the previously decades long idea of getting a rebate check. This rebate is not a "CARD". Debating the semantics is ridiculous. It is a omision of terms on the sale price on a page that this offer is described. The ONLY way you would know this is not a check or card rebate is to actually read the PDF. Why folks cant expect NoEgg to be a bit more clear on the sale page is beyond me. It is at least a SCUMMY ploy. In fact they expect you to send the product back with in 30 days if you cant get a Venmo account. . WTF, it will take a week for snail mail for them to receive the required documents.

Do you really think they will refund your money? and on who's Nickel is on the return shipping?

The add is misleading from a company known for it. They ship this stuff pony Express and 2 weeks shipping is not uncommon. 30 days to return it to them is also going to be a huge hole..

I got a Idea.. Just sell it for $2 with a limit 1 and I will shut up. Anything else and I remember the last time they sold me on a HEAVY rebated item. It did not work out then, why would it now?

Any one recognise the address you send the documents to? It is not Pargo in El Paso TX. is it ?..

If you have a rebuttal, by all means express it, but saying I am just a Idiot is not called for. I have expressed more respect to those who insult me than deserved. If I have reported incorrect facts, correct me. That should be the discussion here. The name calling makes all of those users here seem to be NoEgg shills..

Again to be on topic I cry foul in false advertising, because the OP landing page states a $10 rebate card. It is actually not a card. and requires you to have a venmo account. All of that should be clear at the NoEgg page as well the folks who point it out here at the OP post. It indicates more Shanganse from a long time problem retailer. If you found this deal on NoEggs website and not this thread, would you be pissed off? you needed a Venmo account? I bet so.. If you are going to say you did not read the fine print that says something too.

If one of the NoEgg reps here want to start a thread on the subject "how can we make it right?" and offer real solutions for past misconduct, it might mean something. Until then I only have my last experience to offer as comment on whether a NoEgg deal is a good one. I don't have a You Tube channel, so I doubt I here from them..

If my comments offend the sponsors of the forum, I guess I understand and all should make note of it. Diversity is a funny thing.. Diversity of thought is not always welcome online these days. If you are feed crap and like it, you are in the "in crowd". If you say it tastes like crap and mention it, your out of here.. Pay no attention to those cumbersome facts..

Wonder how those "Daily Steals" guys that were pushed here so hard are doing these days?

I often mention Amazon is a better choice than the NoEgg deals. It would not be that way if amazon treated customers like NoEgg does. I have nothing but honest opinion when I comment on deals. No one is paying me and I don't hold back on BS. I only give my opinions and offer the reasons why.. If this thread gets me booted after 15years, you know why.. Guess I need a you tube channel.. There will be plenty of references of the deals that are not I found on line in most eposodes.