About this Item:
https://smile.amazon.com/dp/B0BBHD5D8Y [amazon.com] 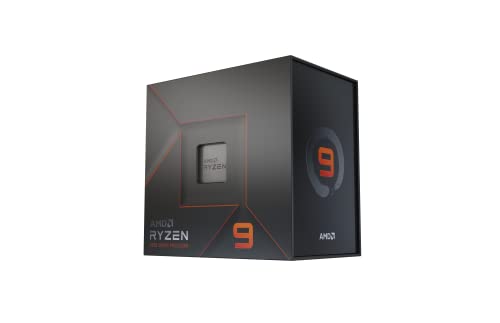 phoinix posted this deal. Say thanks!
Add Comment
Reply
in CPUs (7)
If you purchase something through a post on our site, Slickdeals may get a small share of the sale.

0
Reply
This comment has been rated as unhelpful by Slickdeals users
Joined Jun 2013
L2: Beginner
61 Posts
10 Reputation
11-22-2022 at 06:47 AM #6
I think anyone that actually needs this much cpu should likely watch the in depth reviews so they can see the performance in the specific applications they will be using (or at least a similar enough test to ball park). That said, in general the 13900k comes out on top with several exceptions.

0
Reply
This comment has been rated as unhelpful by Slickdeals users
Joined Jun 2011
L3: Novice
259 Posts
36 Reputation
11-22-2022 at 07:42 AM #7
The 13900K is a better all arounder at the cost of more energy usage, but the 7950x isn't exactly a miser either. Both can be power limited to lower settings to have a significant reduction in power and heat with some loss of performance. The main advantage of AMD at this point is that AM5 will get another generation or 2 while Intel's socket is a dead end. You can also potentially upgrade to the 3d cache versions of AM5. BUT the current rumor is that the 3d cache version of AM5 will be the same as AM4 which means the dual core CCX models like the 12/16 core 79XX won't be available in 3d cache, you'll be stuck with 8 core versions only.

1
Reply
This comment has been rated as unhelpful by Slickdeals users
Joined Jan 2011
L9: Master
4,208 Posts
871 Reputation
11-22-2022 at 08:37 AM #8
we went from no cpus being available to the newest generation being discounted almost immediately after release... incredible

i think between the price, Intel, and AMD's eventual plan on releasing a 3d variant, this was forseeabe.

The main draw of the 7950x for me is supposedly higher performance on 3d rendering and the like vs 13900K. Using a good bit less power is also a plus, although I'm not sure how much difference it'd make in electricity bill. As for heat, I'm wondering how much less heat the 7950x would generate (especially in the summer).

0
Reply
This comment has been rated as unhelpful by Slickdeals users
Joined Dec 2020
L5: Journeyman
511 Posts
30 Reputation
11-22-2022 at 04:19 PM #10
true. I guess I need to consider what my cost would be to go with 7950x & mobo vs upgrading from 12900K w/ Asus Prime mobo by just selling the old chip and dropping in the 13900K, and determine the added cost to see if the performance increase advantages in certain workloads w/ 7950x is worth the added expense. Right now, I don't really do much in 3d rendering or the like, but may want to down the road, and it seems like the 7950x may have a fairly good edge in that type of workload.

0
Reply
This comment has been rated as unhelpful by Slickdeals users
Joined Jun 2018
Is it supposed to burn?
1,869 Posts
2,156 Reputation
11-23-2022 at 10:16 AM #13
No offense, but if you're asking questions like this, this CPU is not for you. This is a workbench CPU not a gaming CPU. 13900k has less physical cores than the 7950x. Depending on what you're doing will dictate on which CPU is better geared. Typically 13900k will win any production contests for speed where the 7950x would win anything requiring more physical cores such as running loads of VMwares.

13900 > 7950x in MY OPINION simply based on the fact that the 7950x does not support DDR4 which is way way way way cheaper than DDR5 in workbench sized configurations. I personally was not willing to spend $400 on 64 GB of DDR5 when I can get 64 GB of DDR4 for less than half the price. Sure if you're only using 32 GB of RAM than the DDR5 might not hurt as much price wise, but in large configurations such as 64 or 128, you're going to feel the price of DDR5 big time and there isn't enough gains in performance to warranty even close to the price for workbench usage.

Personally the 5950x at $499 was more for me due to the large amount of physical cores, support of sub $150 MOBOs and support for large amounts of DDR4 RAM cheap. Again I am running VMwares and not doing production.