Thanks to community member GimmeYoTots for sharing this deal. 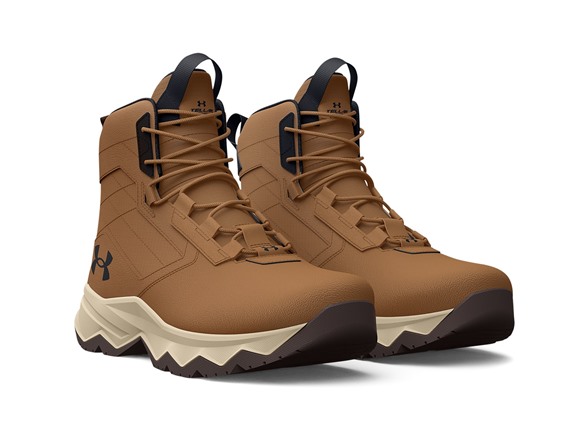 GimmeYoTots posted this deal. Say thanks!

Add Comment
Reply
in Boots (7) Get Woot! Coupons
If you purchase something through a post on our site, Slickdeals may get a small share of the sale.

These will be the least durable 'Tactical' boots you ever buy.

Underarmor has gone straight chinese bargain basement since a few years ago.

They're black and make them there Gravy Seals feel like badasses while they run around cosplaying all day.

Underarmor has gone straight chinese bargain basement since a few years ago.

0
Reply
This comment has been rated as unhelpful by Slickdeals users
Joined May 2022
L2: Beginner
60 Posts
18 Reputation
11-23-2022 at 03:09 AM #7
My wife and I bought matching pairs of their boots for a vacation we were going to be doing a fair amount of hiking/walking during. They've held up well aside from the laces, but we only break them out when it's dry and we're doing outdoor activities. The ones we have are almost all mesh so we're not exactly doing really strenuous stuff that usually breaks down a lot of boots like fully submerging them in water going across shallows or through mud or anything like that.

Looking at the soles which are obviously going to be glued on rather than sewn together it wouldn't surprise me if the soles are detaching form the uppers in a matter of weeks of anything more than casual, walking around use. You might be lucky to get a year out of them if you just wear them like you would tennis shoes. Hell I picked up a very nice looking pair of King Rocks (cheaper Golden Fox sub-brand?) that were only stitched around the front, but glued in the back and I had to ask for a refund literally the day I received them because the glued-on back half of the sole had nearly completely detached from the upper within half an hour of putting them on ¯\_(ツ)_/¯. On a side note Golden Fox was great and had replied by the next day that they were refunding me which is why I turned around and picked up a pair of their Boondocker boots which have been probably one of the most comfortable pair of boots I've had since my first and only pair of Redwings.

1
Reply
This comment has been rated as unhelpful by Slickdeals users
Joined May 2022
L2: Beginner
60 Posts
18 Reputation
11-23-2022 at 03:12 AM #8
They're black and make them there Gravy Seals feel like badasses while they run around cosplaying all day.

0
Reply
This comment has been rated as unhelpful by Slickdeals users
Joined Mar 2019
L3: Novice
168 Posts
30 Reputation
11-23-2022 at 04:41 AM #9
Agreed. They still have a nice of products but they sell a bunch of poor quality stuff now as well. It fills these online sales and discount stores.

I'm sure he approves of them from the bottom of his heart.