Slickdeals Forums Deal Talk Makita SP6000J1 6-1/2" Plunge Circular/Track Saw with Stackable Tool case and 55" Guide Rail $351.99 at Amazon
Advanced Search
Sorry, this deal has expired. Get notified of deals like this in the future. Add Deal Alert for this Item
Frontpage Deal

Thanks to community member CorNut for finding this deal.

Note: Expected to ship in 1-2 months. 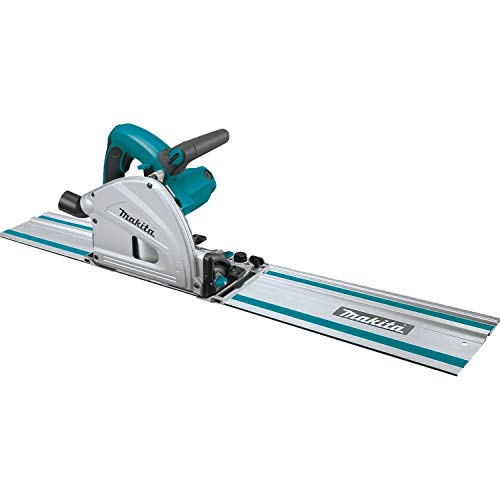 CorNut posted this deal. Say thanks!

I think cordless matters a lot less with a track saw. These things excel at their dust collection compared to a circular saw. If you're going to be hooking up a dust extractor or shop vac to it anyway, then a power cord isn't going to make much of a difference anyway.
·
You're obviously an experienced woodworker, but some of the advice you give here is so strange and nonsensical

Track saws have fantastic dust collection, if you're running a hose for dust collection it's no extra work to be using a corded version, especially since you can plug the cable into a dust extractor which will automatically turn on when you turn on the track saw.