$189.99
+14 Deal Score
4,480 Views
Amazon has a daily deal for the eufy BoostIQ RoboVac 30C MAX robotic vacuum cleaner for $189.99 ($199.99 minus the $10 coupon that you can clip on the product page) with free shipping and you can get either a free eufy smart scale or 2 pack of eufy smart bulbs with it. On the Amazon page, scroll down to the section titled "Special offers and product promotions" and take advantage of the 4th or 6th offer listed there. The 4th offer is for a free eufy smart scale (priced $16.99) with promo code EUFYSCALEC1 and the 6th one is for a 2 pack of eufy smart bulbs (priced $32.99) with promo code EUFYBULBT . Clicking "Add both to cart" will automatically apply the appropriate promo code to your cart. Just don't forget to also click the $10 coupon at the top of the page.

This vacuum has Wi-Fi connectivity and works with the EufyHome app, Alexa and the Google Assistant voice control-services. The less powerful eufy RoboVac 30C (1500Pa) received a top rating from Consumer Reports.

Edit: This is the lowest price by a lot according to the triple camel website.

Here's a link to the free eufy scale that you can get with one of the special offers.
https://www.amazon.com/dp/B07GZBB...2USFOR8NN3

Here's a link to the free 2 pack of eufy smart bulbs that you can get with one of the special offers.
https://www.amazon.com/dp/B0784WD...2USFOR8NN3 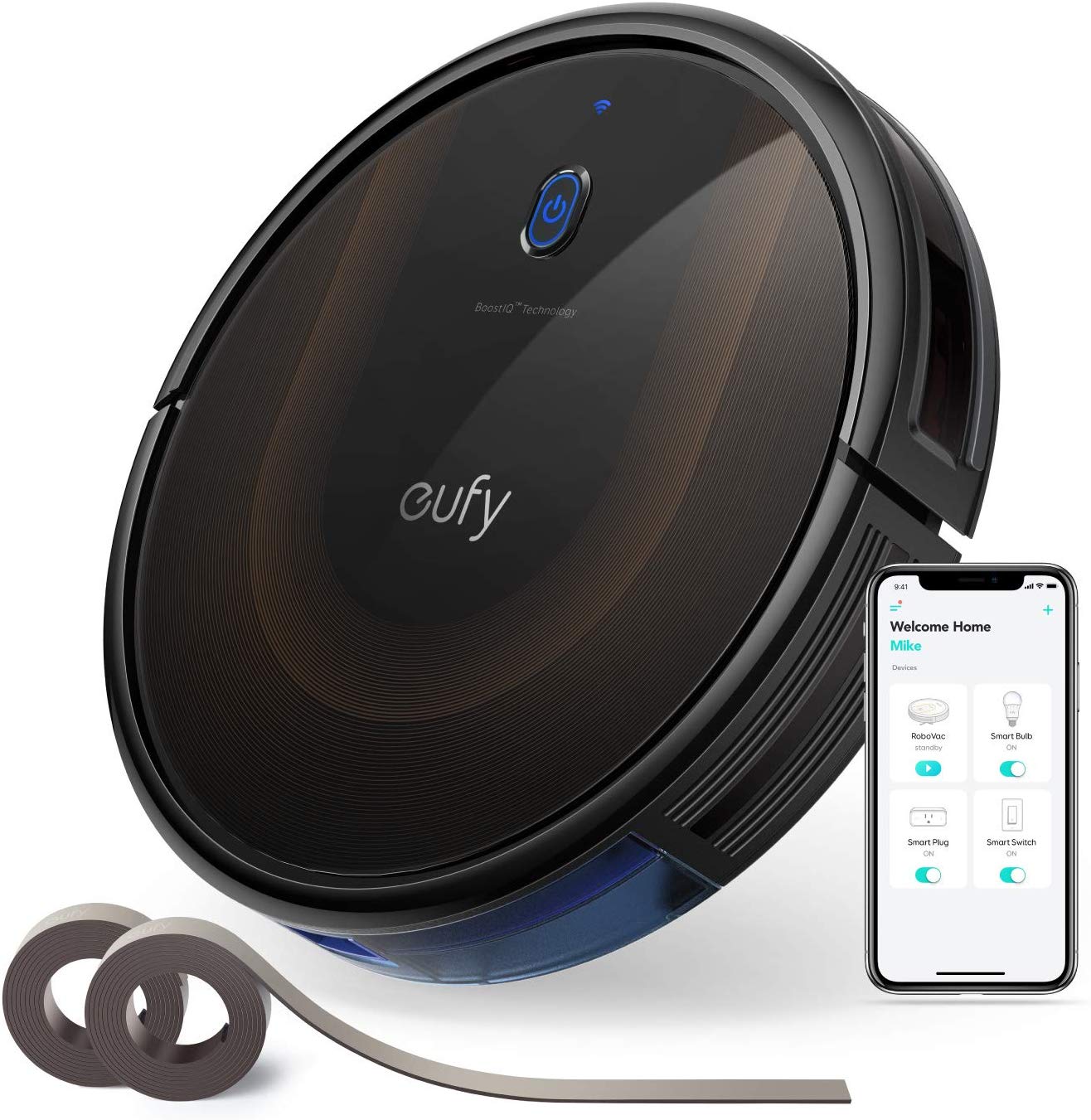 Sam K posted this deal. Say thanks!
Add Comment
Reply
in Vacuums (5) Get Amazon Coupons
If you purchase something through a post on our site, Slickdeals may get a small share of the sale.

This comment has been rated as unhelpful by Slickdeals users
Joined Dec 2006
L5: Journeyman
601 Posts
267 Reputation
01-22-2020 at 11:23 AM #2
Can anyone compare this to the N79S? Want to get a nice robovac for my parents. They have low-to-medium pile carpet and hardwood. Really just need something they can easily use and set boundaries for (preferably via app).

They previously had a Roomba 560 but it stopped working/charging, even after replacing the battery from two different brands. Is the power mgmt system more robust in the 30C Max? Suction/cleaning is as important since they'll use it very frequently and old people are clean af. Like I said, they had a 560 before and only stopped using it because it wouldn't charge.

01-22-2020 at 12:25 PM #4
The 30X Max is more powerful than the 30C. The max has 2000Pa of suction vs 1500Pa in the regular 30C. Under the product Q&A, the select EufyHome answered the same question and said the "RoboVac 30C uses high-performance filters and foam filter while the RoboVac 30C Max uses unibody filter. The redesigned Unibody Filter increases efficiency and lasts longer which means less fuss for you."

I totally missed the special offers on the Amazon page when I posted this deal. There are 2 free offers that people should choose from, either the free eufy smart scale or free 2 pack of eufy smart bulbs. I'll edit the deal now.
Reply Helpful Comment? 0 0
This comment has been rated as unhelpful by Slickdeals users
Joined Nov 2016
L2: Beginner
35 Posts
14 Reputation
01-22-2020 at 01:18 PM #5
Can't speak to this model but I purchased the 11S on a similar deal (came with choice of scale or a blender iirc) last June for ~149 and was initially surprised with how well it functioned. About 6 months later the gear to the right sweeper arm stopped working, causing the sweeper not to spin. After several rounds of emails, troubleshooting and sending video evidence I found out that they will only send a refurbished replacement if you have to file a claim after the first 6 months. Unfortunately, I had just passed that by about a week so I reluctantly accepted the refurb. After hooking it up and letting charge for a day I ran it on auto and in less than 10 seconds I was getting 4 beeps and a solid red which indicated an issue with the roller. Ran it several more times and got the same error. Checked the manual for troubleshooting instructions and all it said was to make sure it was clean which wasn't an issue since the refurb arrived in decent condition and was fairly clean. After several days of emails (because they only like to send one reply to emails between 10-11pm EST), troubleshooting, sending videos and escalating the issue they finally sent me a new vac. Eventially Eufy made it right, hopefully the new replacement lasts longer than 6 months, ymmv.
Reply Helpful Comment? 2 0
This comment has been rated as unhelpful by Slickdeals users
Joined Nov 2018
L2: Beginner
69 Posts
18 Reputation
Our community has rated this post as helpful. If you agree, why not thank ?
01-22-2020 at 01:37 PM #6
This happened to me as well with their 11+robot vacuum. I had an 11+ that broke, they sent me a refurb and the refurb broke. Their next solution was to sell me an 11S for $80. So far that 11S has been going for 5 months.

I like these Eufy vacuums but you have to question the longevity with many reviews being out there of them breaking before the 1 year mark.
Reply Helpful Comment? 3 0
Last edited by MakinBacon January 22, 2020 at 02:06 PM.
This comment has been rated as unhelpful by Slickdeals users
Joined May 2007
L4: Apprentice
902 Posts
486 Reputation
Original Poster

If You Don't Have a Fancy Toaster Oven, Who Hurt You?

This Heated Blanket is Basically a Discounted Hug
Copy Code & Open Site More Deals from
Did this coupon
work for you?
Copy
Link Copied to Clipboard