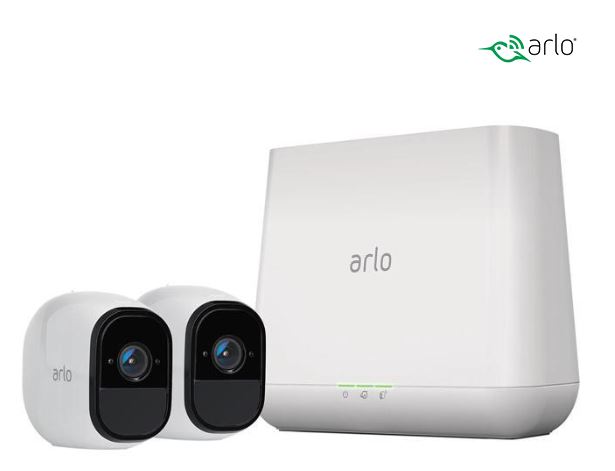 DJ3xclusive posted this deal. Say thanks!
Add Comment
Reply
in Security Cameras (7) Get Newegg Coupons
If you purchase something through a post on our site, Slickdeals may get a small share of the sale.

fyi - the Arlo Pro 2 you have an option to wire to power. ( would still use the Arlo base wifi for data ). This option allows the camera to continuously record and provide a few seconds out of the buffer for any motion detection triggered video clips.

Arlo, Arlo pro do not have the wired to power option for continuous recording. ( they do have solar panel options to charge the battery )

If you need to use the Arlo system for evidence purposes - do note that so far they do not have embedded time stamps, thus it has been an issue with regards to being successfully challenged by defense on being acceptable for evidence.
Reply Helpful Comment? 1 0
This comment has been rated as unhelpful by Slickdeals users
Joined Nov 2018
L0: Total Nubcake
252 Posts
296 Reputation
Pro

Kind of bown on the brand now, & no support.
Reply Helpful Comment? 0 0
This comment has been rated as unhelpful by Slickdeals users
Joined Sep 2010
L4: Apprentice
329 Posts
170 Reputation
Our community has rated this post as helpful. If you agree, why not thank ?
01-22-2020 at 03:18 PM #11
I can't really speak to this deal, but here to provide my input on the Arlo Pro 2 camera system for those contemplating buying in. Personally, I've not been satisfied and would recommend continuing to look elsewhere.

I recently purchased a 4 camera unit and I've honestly not been particularly happy with it. When deciding to buy into Arlo, I somewhat assumed that a 'polished consumer product' would blow my hodge-podge wifi camera system (backed by a local IVideon server) out of the water - and so I was disappointed when it not only didn't blow my system out of the water but when it was subpar in some ways.

While the dedicated base station sounds nice on paper, what this means, in reality, is that regardless of how powerful of a wifi setup that you may have, you're limited by the signal between the base and your cameras. The base also only connects to your existing network via a wired ethernet connection - and so the officially recommended way to place your base optimally in your home is to use a 3rd party network extender to provide the required connection if that optimal location happens to be anywhere aside from where your existing router is. So not only can you not leverage the high powered wifi network you've already paid for, but you're likely to have to buy additional equipment to get things optimally setup for your home's layout.

Something that they don't exactly make clear is that if you want to use all of the camera's features, then you will be required to upgrade from the included 'free' plan to a pay plan. One such feature is the ability to configure activity zones, which is how you configure activation areas to trigger motion detection - the inability to use this feature means a much shorter battery life if you're monitoring someplace like the front of your home and the street happens to be in view. A note about this - you can technically configure zones for free, but this will require that you have a wired power source for your cameras, which arguably defeats part of the purpose of a wireless camera system (and will require you to buy additional 3rd party equipment, such as weatherproof plugs or very expensive solar panels). Never in a million years did I think this was something that I'd have to worry about, as it's something I can do for free with my 20 wifi cams via IVideon (for free).

Mine frequently fail to trigger for legit motion - something frequently reported in the forum. Mine also frequently lose connection with the base, despite being only a short distance from the base and having reported full signal before the signal loss. The app is buggy at times - with notifications of activity being pushed to my phone, yet the reported activity's video not being available (also reported a lot in the forums).

I will stop with what I've shared, though I could go on with what I perceive to be other deficiencies... Definitely go read through their forums to get an idea of what to expect - some folks definitely like them, but there are a whole lot of unhappy customers with no satisfactory resolutions out there as well.
Reply Helpful Comment? 3 0
Page 1 of 1
1
Join the Conversation
Add a Comment
Deal Alerts

You Could Get Two Months of Free Delivery with Postmates
Copy Code & Open Site More Deals from
Did this coupon
work for you?
Copy
Link Copied to Clipboard