So I admit, this is not a smoking Hot Deal. However, this is a new laptop that just got released this month, and considering that so far I only see it available at best Buy or Samsung.com, $100 off is not bad considering many consider even at $850 it is a decent value. It is cheaper than even Samsung EPP pricing. It is almost identical to the regular Book Flex except it lacks the pen (and pen slot but is pen compatible), the wirelesss powershare on the trackpad, has a smaller battery (but still good battery life), has 1 USB-C (TB3) and 2 USB-A instead of 3 USB-C (I personally would prefer having USB-A with USB-C). The Alpha also uses Intel Ice Comet instead of Icy Lake processor on the more expensive regular Flex.

I believe the memory is soldered but the SSD is replaceable (only 1 article mentioned this and it was a pretty early article before the actual product was released).

The lack of a "true" legitimate review is making it hard for me to pull the trigger. the only reviews are from best Buy, and most of those seem unreliable (best Buy customer reviews are not exactly from "knowledgeable computer people".
For example, one reviewer states lack of Thunderbolt 3 but Samsung website clearly states Thunderbolt port (as well as other release articles).

Another reviewer states that USB-C charging is only with a Samsung charger. samsung website clearly states that there is USB-C charhing and doesn't stipulate whether a Samsung charger is required. I wonder if the reviewer is clueless and doesn't have a PD charger with at least 45w or if this is like a Samsung Note10 that requires not only PD 45w but also PPS which is not found in many PD chargers at this time. This is probably my biggest question mark now. I refuse to buy any laptop that doesn't support a regular PD 45w charger.

I recently bought an LG Gram 13 touchscreen at Costco for $700, but I am tempted to return and get this for $50 more to have a true 2 in 1 at the expense of half a pound. However, the Alpha is a little bit thinner and in my opinion looks sleeker. To be fair, the LG gram 2 in 1 is 2.4 lbs which closes the gap even more but is more expensive.

if anyone has this laptop please comment, especially the usb-c charging. 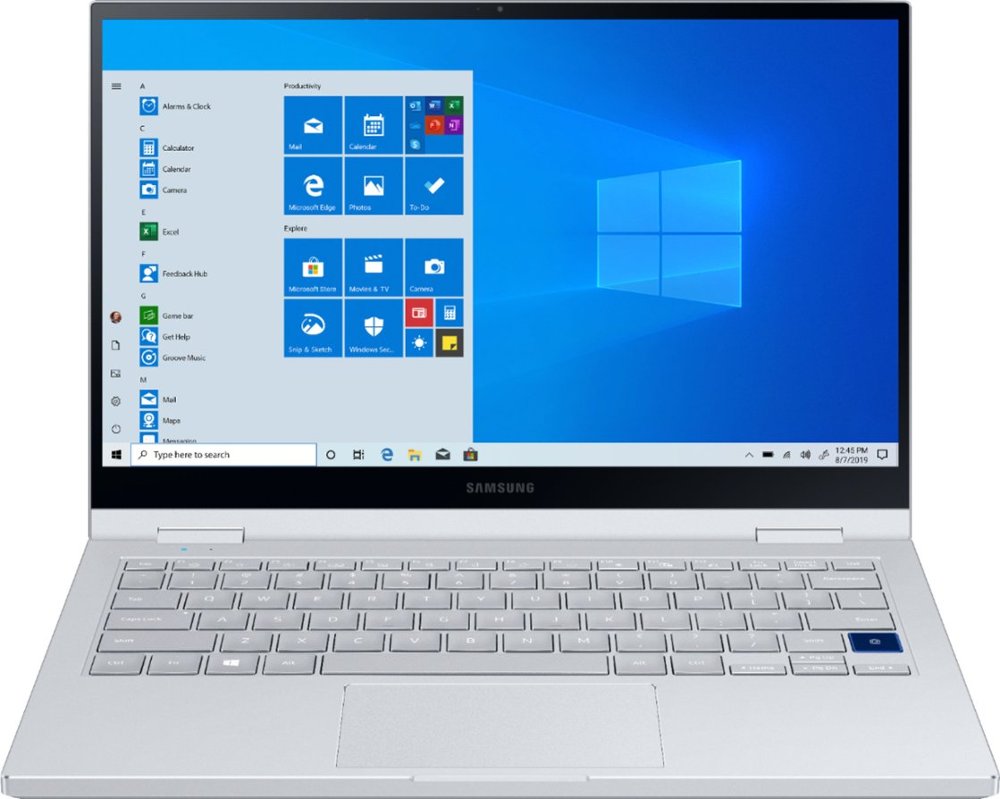 superflysocal posted this deal. Say thanks!
Add Comment
Reply
in Laptops (3)
If you purchase something through a post on our site, Slickdeals may get a small share of the sale.

So the 13.3" screen gains an inch and a third in the long axis, but loses a third of an inch on the short axis. (Of course I wouldn't touch a Surface unless I loaded it up with 3-5 years of extended warranty, since they're basically unfixable.)

Skimming through the multiple previews (this laptop is new enough I couldn't find any real reviews), it looks like the Flex Alpha loses the pen slot and in-lid Qi charger that the Flex has, and has a smaller battery. Although its battery is still larger than most 2-in-1 laptops this size.

How to Pick the Perfect Gaming Laptop
Copy Code & Open Site More Deals from
Did this coupon
work for you?
Copy
Link Copied to Clipboard