SpecsLocked to Total Wireless for 12 months. 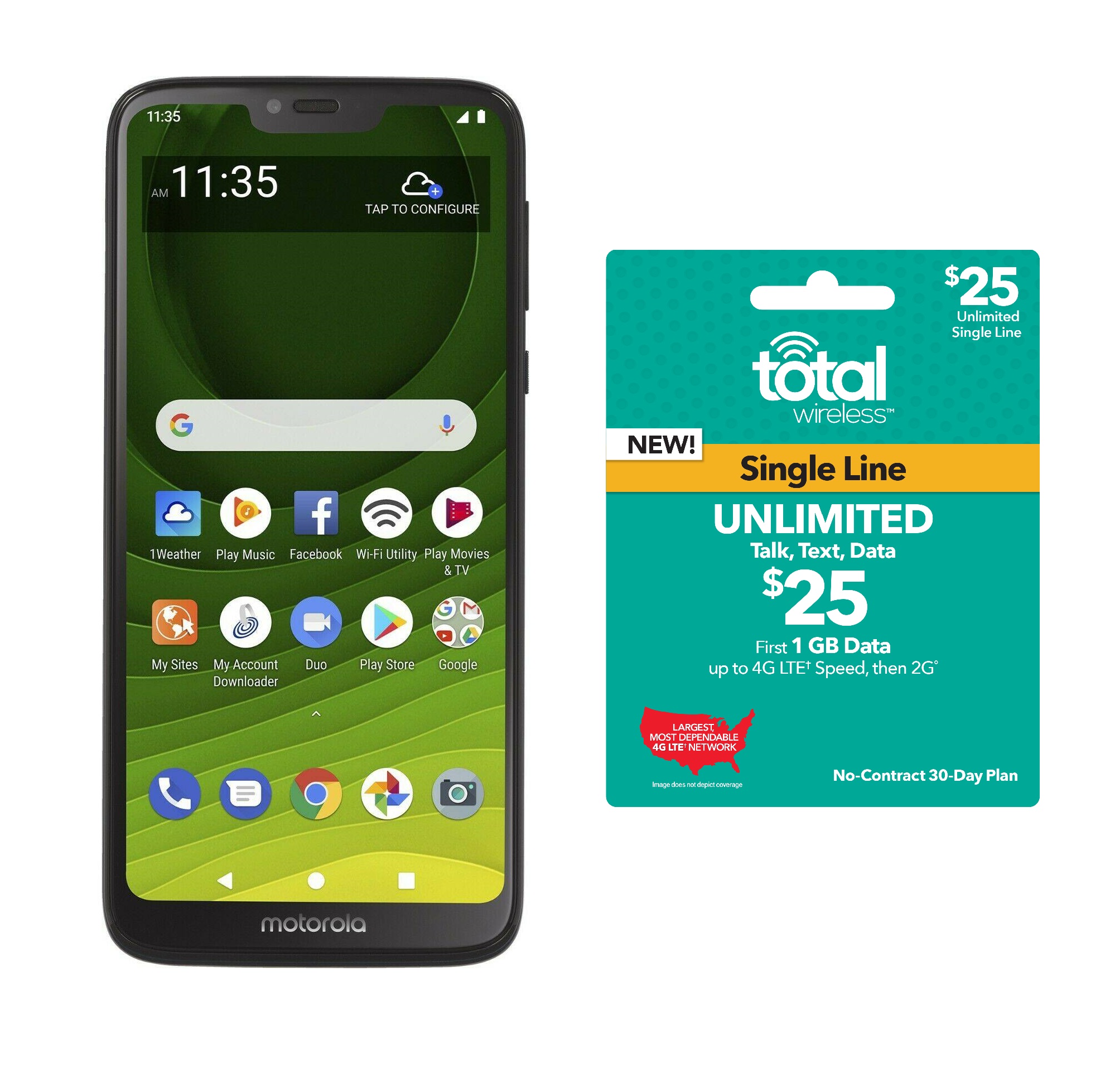 (it's mentioned in the post, but here's a link to the actual unlock policy [tfwunlockpolicy.com] if anyone needs it).

It'll work on other America Movil owned prepaid providers if you're part of any of those services (Tracfone, Total Wireless, Straight Talk, Page Plus, Net 10, Simple Mobile; maybe even Safelink and Walmart Family Mobile).

Does anyone else also have any recommendations? I am coming from the Moto X Pure and would like that same quality, if not better.

This phone is a custom-named version of the "Moto G7 Power", last year's model of the phone I mentioned above. This year, they dropped the numbering in the naming, otherwise the one above would been the Moto G8 Power. Moto's naming setup is pretty confusing, including that other than battery the regular Moto G7 was generally higher spec'd than the Moto G7 Power. This year they've added more confusion, but are overall headed down a hopefully better naming scheme IMHO.

This is a good deal for a very capable phone. We got it for my mother in law on cricket ("Moto G7 Supra" there). You may want to go that route if like this phone, have a number to port, and don't mind AT&T coverage, since that's $20 for the phone and $60 for the first month plan at cricket. I think you can even downgrade that plan immediately and get some of the credit prorated for future months if you would want a lower tiered service plan. Also, cricket only locks their phone for 6 months vs 12 months here.

Finally, this phone is GREAT for battery life and otherwise good overall. If you value camera quality, I'd look for deals on the Pixel 3a, which should be seeing even more sales with the 4a coming out soon.
0
0
1
0
Reply
This comment has been rated as unhelpful by Slickdeals users
Joined Jul 2015
L4: Apprentice
328 Posts
797 Reputation
Pro

You can get a better deal on Amazon.. Same phone with a $35 plan instead.

06-05-2020 at 01:34 PM #14
s10 is a flagship phone and the moto g stylus is only a mid-range phone. In term of the performance, the s10 will be much faster; however, it still really depends on what you are using the phone for. If you are only using the phone to watch video, web browsing, checking email, etc, I don't think the difference will be too significant. On the other hand, if you are using the phone for demanding tasks like video editing, heavy gaming, etc, then you will definitely feel the downgrade in the performance.
0
0
0
0
Reply
Page 1 of 1
1
Join the Conversation
Add a Comment

Beats Powerbeats Pro Reviews: What Makes a Pair of Earbuds Worth $250?

Dell's All-New XPS 15 Laptop Is Smaller and More Powerful than Ever
Copy Code & Open Site More Deals from
Did this coupon
work for you?
Copy
Link Copied to Clipboard