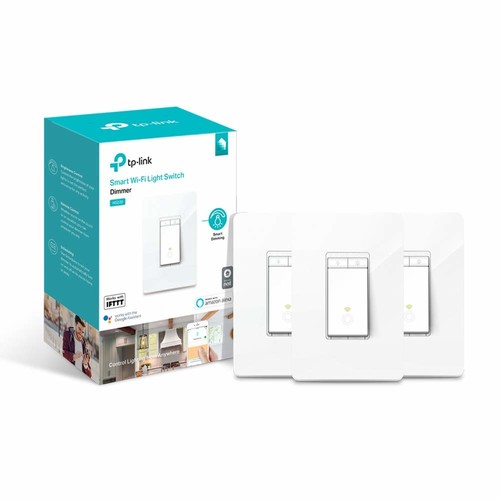 Chewpers posted this deal. Say thanks!
Add Comment
Reply
Created 06-21-2020 at 06:13 AM by Chewpers
in Home & Home Improvement (7)
If you purchase something through a post on our site, Slickdeals may get a small share of the sale.
Deal
Score +4
3,014 Views
$59.95
See Deal
Don't have Amazon Prime? Students can get a free 6-Month Amazon Prime trial with free 2-day shipping, unlimited video streaming & more. If you're not a student, there's also a free 1-Month Amazon Prime trial available.
Want more deals like this? Create a deal alert for Home & Home Improvement.
Add Deal Alert

The first one I tried was in a part of my house with old wiring, probably from the 70's or 80's or even earlier. That one worked as a 3-way switch but the app could not tell whether the light was on or off so virtually all of the smart features were worthless. All the app did was change the light from whichever state it was in to the other state.

The 2nd one I installed was in a renovated section of my house with wiring up to modern code. In that one, even though only one of the two 3-way switches was a Kasa smart switch, all the functions worked perfectly.

So it looks like they can work with only one installed if the wires are the standard method. Otherwise you would likely need to replace both ends. I was too nervous to work with the ancient wiring so just left it alone and put back the original switches.

I have Kasa smart three-way switches, regular single pole switches, plugs, power strips, and all work great. Virtually instant response from either the app or from Amazon echo voice commands. The scheduling works perfectly. Installation was quick and simple and the app recognized new units quickly.

This was my 2nd foray into Smart home (the first was several years ago with Smartthings with the original sensors in which the batteries dies quickly, the hub was too weak and the app wasn't really up to par.

From what I see, although Kasa's line of Smarthome products is relatively limited, it is a great starting point and really does everything I need. My next product will be the cameras but I have a few Wyze that I already have so that won't be for a while.

Nest Thermostat 3rd Gen. Reviews: What the Critics Say About This Popular Learning Thermostat
Copy Code & Open Site More Deals from
Did this coupon
work for you?
Copy
Link Copied to Clipboard