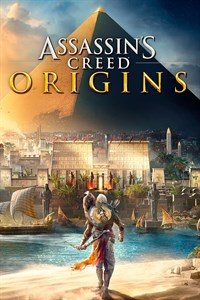 datbeast posted this deal. Say thanks!

Refer to the forum thread for additional deal discussion.

Written by Edited July 14, 2020 at 05:39 PM by
I recently beat the 1st Assassin's Creed (ending was meh), but I've been waiting for an opportunity to snag up the rest of the series and noticed the majority of the games in the series are on sale.

Add Comment
Reply
in Xbox One (4) Get Microsoft Store Coupons
If you purchase something through a post on our site, Slickdeals may get a small share of the sale.

If all you've played is the first id urge u to try the ezio collection. They fixed alot of the clunkiness and repetitive nature of the 1st one. As i was on the same thought pattern when i played the first one. I took awhile to beat it cuz it was just boring ( movement and combat ), but 2nd id say is leaps past that. My 2 cents

Might pick up some of the newer ones to play.
3
0
0
0
Reply
This comment has been rated as unhelpful by Slickdeals users
Joined Aug 2013
L9: Master
4,447 Posts
412 Reputation
Pro

07-13-2020 at 09:51 AM #9
After a while of climbing high structures, syncing the map and doing the same 4-5 side missions it def got repetitive. What I loved were the assassinations and how each one required a different strategy and patience.

I'm starting the Ezio collection next, I heard he was a much better protagonist than Altair but I dont know why the hate for Altair he seemed perfect for the story they were trying to portray.

I took a break from the series after AC3 because it started to get too repetitive for me, I played 4 recently and the sailing and fleet building was a welcome distraction and it had a fun storyline though I skipped all of the sidequests as it was the same repetitive type missions that has plagued AC.

I got Origins for sale for $5 from gamestop and I'm finding that the RPG elements they've added and improved combat has vastly improved the gameplay and the storyline is good, the sidequests seem worthwhile from the 20 hours I've put in as they are no more repetitive than your standard action RPG. There's some roughness due to the changes (getting used to new controls and combat has been tough at times) that I'm hoping they have cleared up in Odyssey but I have heard that Odyssey is the better game.

While it is easy to think "ugh, another AC game?" the last couple and Vahalla are basically trying to emulate games like the Witcher. Even the leveling system in Origins is almost exactly the same.
1
0
0
0
Reply
This comment has been rated as unhelpful by Slickdeals users
Joined Jan 2012
L5: Journeyman
674 Posts
214 Reputation
07-13-2020 at 11:05 AM #15
The games haven't aged well. I'd only recommend Origins and Odyssey, and only if you already like the Ubisoft open world formula.
1
0
0
1
Reply
Page 1 of 3
1 2 3
Join the Conversation
Add a Comment
Deal Alerts